Every year on March 8,social media is flooded with posts about the special qualities of women and praising them for who they are. However if this was the mindset throughout the year , the world would be  a safe haven for women devoid of any social issues . 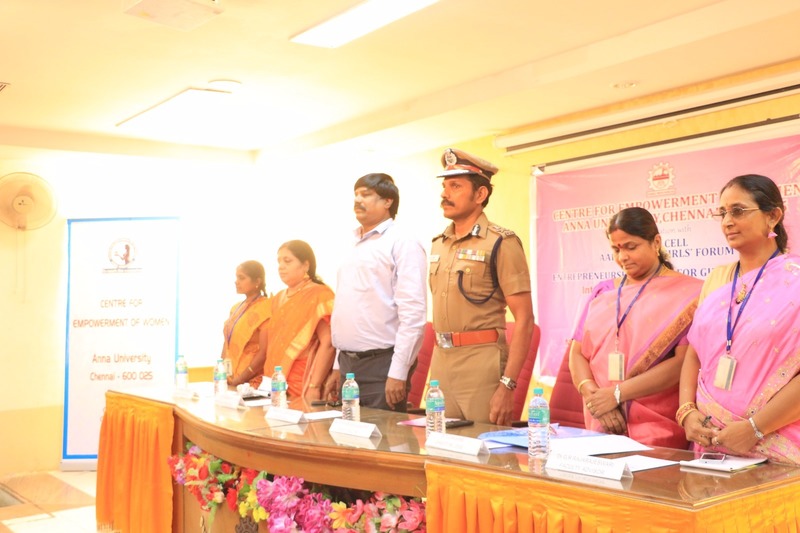 It was a  picturesque evening and the Henry Maudslay Hall was filled with beautiful ladies of Anna University beaming wearing bright smiles gathered to celebrate a special day that recognises the value of contributions of women in the world amidst several social stigma. 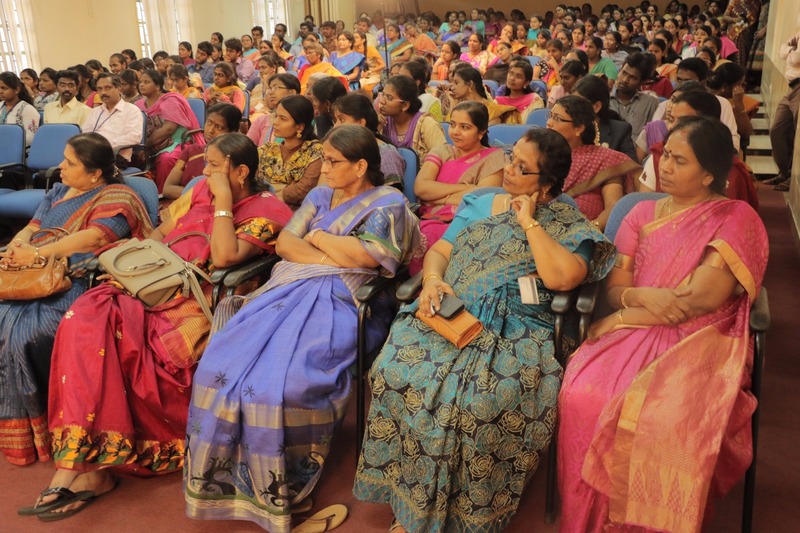 The evening began with an address by  Dr. S.Lakshmi , Director, CEW(Center for Women Empowerment) who beautifully summed up all the views of a women and how the world perceives them in a Tamil poem. This was followed by an address  by Dr. K.Shanthi , Director, Prevention of Sexual harassment cell (POSH) who briefed about the activities such as seminars to create an awareness about health , safety  conducted out by the POSH cell since its installation. She also called out for the student community to come forward and give complaints in the event of such harassement issues.Dr. A. Brinda Lakshmi, Assisstant Director, Entrepreneurship Forum of Girls spoke about the various entrepreneurship related events held throughout the year to create  successful women entrepreneurs. She also mentioned about Aakriti’s excellence in the arts. 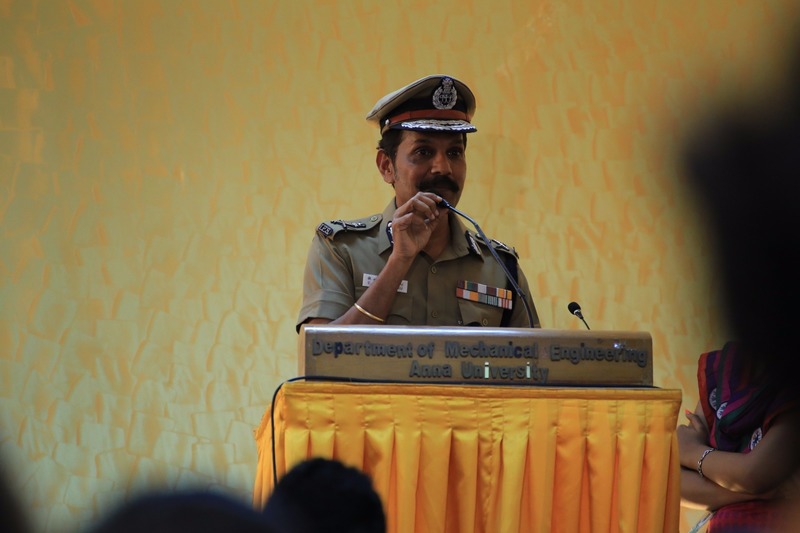 The Presidential Address given by Dr. S. Ganesan, Registrar Anna University  added an element of  jest to the evening when he used statistics to state that in Anna University , the number of female staff members exceed men and that men should probably fight for a 33% reservation and also requested the female staff members to take care of the poor men.

The Chief Guest of the evening, Dr.S.Sylendra Babu  Additional Director General of Police of the Coastal Security Group, Tamil Nadu, swayed the audience with his eloquent speech . Starting off by calling Anna University a college the empowers women organisations, and he expressed his content to see women in such prestigious positions. He spoke about how women across the globe are still fighting for their rights ,though the situation has transcended over the decades .His aim was  to bring a common understanding of the real meaning of Women Empowerment by quoting several real life incidents  was well received by the audience. In his opinion , women and men are different only in terms of Anatomy and not by means of the qualities they possess.

This was followed by the prize distribution for the winners of several events that were conducted prior to Women’s day by CED, Aakriti, EFG and POSH. The logo of the POSH cell was released during the event. 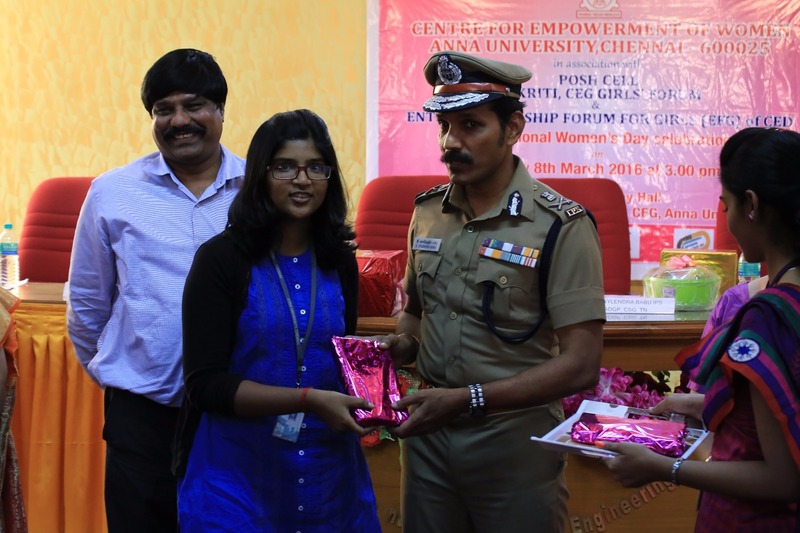 The event ended with a Vote of Thanks by Dr. R. Rajajeshwari , Faculty Advisor .