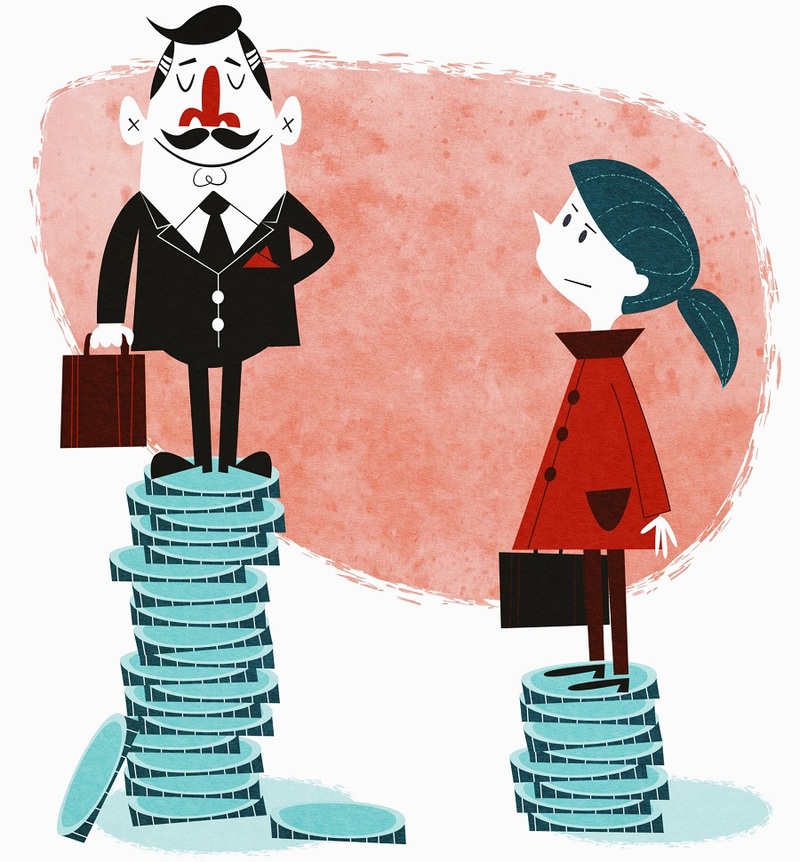 The topic of ‘Gender pay gap’ has been up for discussion for quite some time. While statistics provide a substantial base stating that women only make 78% of what a man does, there are several who may argue or even refute that. At a glance, the issue looks as though having just two counteracting sides to it like a coin, but on further contemplation there are many more views that trickle down making it an important topic to ponder over.

First things first, the wage gap is a statistical indicator comparing the status of women’s earnings relative to that of men’s. It is expressed as a percentage and is calculated by dividing the median annual earnings for women by the median annual earnings for men. Around the '60s the wage gap was huge with women earning only around 60% of what men did, working the same jobs and hours. As this gap was recognised, it was revolted by women leading to a gradual change in the gap narrowing down to today’s numbers wherein, for every dollar a man earns a woman is said to earn 78 cents. This considerable change owes its success to improvement in women’s quality of education, their eagerness to seek seniority in the work place, increase in general awareness and employers choosing to observe “equal pay”. Equal pay is a concept that employees are entitled to the exact same payment for “equal work”.

"This considerable change owes its success to improvement in women’s quality of education, their eagerness to seek seniority in the work place, increase in general awareness and employers choosing to observe “equal pay”

The article 39(d) of the Indian Constitution proclaims ‘equal pay for equal work for both men and women’. Let us split the domain for ease of discussion into the organised sector and unorganised sector. We see that the violation of this govt policy is predominant in the unorganised sector and can be easily recognised too. In the case of labourers and menial chore workers many reports stated that women were paid around 25 rupees lesser per day than men. Whereas in the organised sector, salaries for starting positions are conventionally the same for each person applying for a position and raises are dependent on merit and experience. Though the system seems fairly transparent, there have been a few instances where they have fallen short as well. This is why the gap itself still prevails. In either sectors, there are certain job positions which are conventionally reserved for the men. Like in agriculture or manufacturing, jobs that require intense manual labour or physical work were not opted by women and that’s still understandable for the olden days.

The commentary that this subject invites is highly impactful and has long lasting effects. Like assuming that “women’s personal career choices” is still the reason for them falling behind is a shameful one. For instance, working night shifts were seen as a man’s domain for many years, but today’s young women don’t flinch from putting in their best from 9pm to 5 am working in BPOs or call centres and this is definitely a sign of progress. Another assumption of career choice women are said to make surrounds reproductive and caring labour. Caring for children and a family becomes a naturalised liability. This sort of interpretation leads us to reconsider the social realities of being female as things we can just opt out of if we choose to act more like men. Birthing is considered a gift to women, and they themselves are forced to view it as a burden which they don’t have to shoulder if they have to climb the corporate ladder.

"We’ve all heard how women choose to stop working after marriage or having a child, is it always their personal choice or does some amount of social convention and peer pressure come into play?

These assumptions and social stigma surrounding women’s personal career choices in a round-about kind of way results in shaping the views of young women majorly. We’ve all heard how women choose to stop working after marriage or having a child, is it always their personal choice or does some amount of social convention and peer pressure come into play? And when they do take such decisions, the work environment immediately brands all women to be liable. The idea that ‘women are attached to family hence detached from work’ cannot still be a reason why women should be denied raises, promotions or projects.

In spite of all these obstacles, there have been remarkable women who have redefined the work space in the last couple of decades, we see women CEOs heading multinational companies on one hand and women auto drivers who prove that nothing can stand in between them and their job. ‘Equal pay’ can only further boost women’s involvement in the industry, result in their development and bring diversity to any organisation. After all, bringing women to the forefront alongside men is the very underlying concept of feminism itself.