When I was seven, my parents decided to enrol me in a keyboard class. At the time, I had no clue about what I was getting into and had no say against my parents’ wishes. Looking back now, I can see that my parents’ decision has changed my life for the better.

My guru's name was M. S. Martin, a poor man who had been teaching only a handful of students at a small kindergarten school in Chennai.

I went to every one of his classes without fail, more to sleep than to learn because the soft, soothing Carnatic music was a lullaby to my ears. My guru didn't care about my constant napping sessions as long as he was paid. In the process, I was able to manage an average of four hours of sleep during his classes.

My guru was a diligent man who loved music and was always keen on passing on his musical knowledge to every young kid who wanted to become Ilaiyaraaja or A. R. Rahman one day. A quiet and affable man, he always urged his students to dream of scaling great heights in the musical field. To him, music came first and everything else came after that.

For two years, I slept, failing to realize that my parents had spent their hard-earned money in hopes that I would learn something. Even after the sudden realization, I wasn't keen on learning Carnatic music, as I saw it as a complete waste of time. My progress was slow and the students who had joined later eclipsed me and started growing by leaps and bounds while I still remained at the starting line.

When did the interest in music begin?

One day, my grandparents requested me to play a music piece for them to show them what I had learned during my sleep-filled sojourn. I was hesitant to play as I'd learnt nothing noteworthy in those two long years. So when my finger touched the first key/note, my heart started racing. I started sweating like a pig, and my fingers started trembling under the pressure.

By the time I finished the playing, I was cringing, ready to cry a river, at any moment. But then I heard my grandfather clapping, brimming with pride and as happy as a man could ever be, with my grandmother by his side ready to hug me. 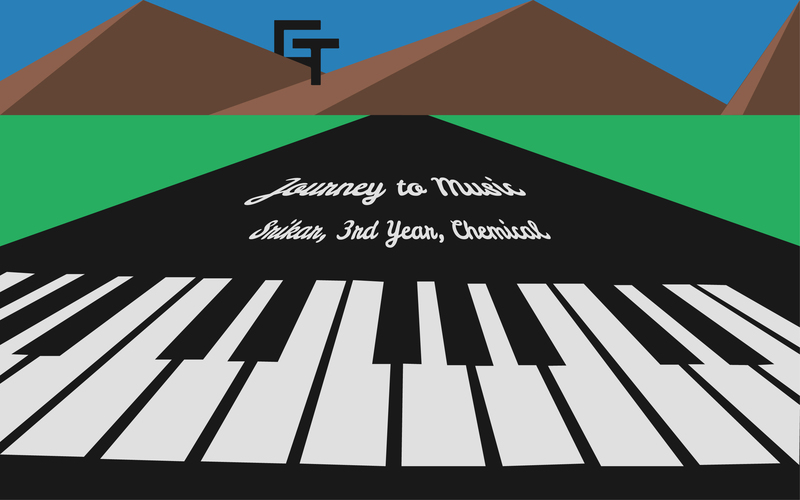 It was then that I learnt the value of Carnatic music. In this modern age, where the younger generation is obsessed with “rock 'n roll" and Electronic Dance Music (EDM), we fail to value the older classics. For example, it is rare to find someone listening to Elvis over Ariana Grande.

We are hell-bent on being up-to-date on every modern-day phenomena that we ignore many of our older traditions and values. Carnatic music is unlike modern day music which is all about the effects and the background. It is unique and melodious. The older generation loves it because it reminds them of their childhood days when it was the only form of entertainment available to them.

I never had the urge to learn Western music as I knew it could never bring the smile and happiness I had seen on my grandparents’ faces on that wonderful day. Many people believe that it is a lot harder to learn Carnatic music, and I decided to go along this hard path.

From then onwards, there was no looking back. Every subsequent year had passed by in a flash and my love for music kept growing stronger. I kept growing, mastering every Raga possible, learning every Varnam and eventually started experimenting with tunes to create new beats. My initial lack of interest had turned into something wonderful.

I used to play the keyboard whenever I wanted to clear my head. Playing the keyboard and seeing people listening and appreciating it made my day. Those blissful years seemed like the golden era to me. Meanwhile, my younger brother had also been forced into joining keyboard classes and just like me, decided to sleep his way through.

While I kept growing, my guru was growing exponentially, in parallel. Year by year, his stature and repute kept growing and the number of students attending his classes kept increasing. By the end of 2013, his transition from a poor man who was relatively unknown to a well-known, rich man with many coaching centres in Chennai and abroad was complete.

The tale of his struggle and his love for music is wondrous. Currently, M.S Martin is a small-time music producer who is still teaching young, aspiring musicians Carnatic music, with the same zeal and love for the art with which he had started.

My musical journey ended in 2014, ten years after I'd first joined his classes when I decided to prioritize my studies over music. By the end of that wonderful journey, I had earned several notable achievements ranging from Limca and Guinness records to doing solo performances in & around Chennai. From embarking on the journey, not knowing what was in store, to becoming the ardent music lover that I am today, I owe everything to my teacher.