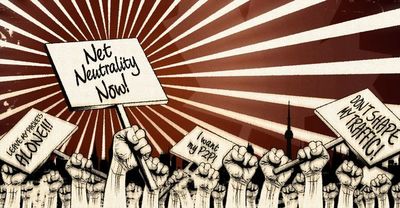 For decades now, we've been putting up with over-priced, sub-standard service from Indian telecom carriers. We've gone along with their every scheme and we've changed the way we use technology every step along the way. But the irony of it all is that while these Telecom companies tell us on one side, that customers are their biggest assets and that they're serving us, the truth is, we are being served. In every sense of the word.

Gone are the days when you paid a hundred bucks and had unlimited, in the true sense of the word, messages for an entire month. They set a cap on the number of messages, we kept silent. They said that the first two messages every day will be charged at close to 50 paisa, we kept silent. They "revise" their tariffs once in two - three months and hike prices, we kept silent. In 2013, 1 Gb of data cost anywhere between Rs. 150 - Rs. 175. Those beautiful days are now long gone. In a span of two years, the rates now stand at Rs. 255/Gb for 3g data. That's a 60% hike in prices in two years.

Just when you thought these telecos couldn't stoop any lower, they proved us wrong. According to a TRAI consultation released on 27th March, Over The Top (OTT) services like Whatsapp, Facebook, KiK, Hike, Snapchat, MSN, Gmail and practically every website in the entire internet, is to be charged separately. Which means, what the telecom operators essentially want to do is to separate the entire internet into several spheres and charge a separate price for each. The argument being, these OTT's have started providing traditional telecom services, using the infrastructure of the telecom operators hence causing them to incur a loss. Further, they claim that since these OTT services are being used by a large number of people, they need more money to expand their infrastructure.

While at face value these arguments may seem valid, by this same argument, the railways should take a share of every major airline, every time one of their board members or employees uses the train. Because these airlines are providing a service that's been traditionally provided by the railways. You see how ridiculous that sounds? Further their argument that they are incurring a loss is in fact, a lie because the number of people who are using their overpriced data packs and internet services have increased exponentially in the first place because of these Over The Top services. So the only and actual reason why they want to enforce this consultation is because, and you guessed right, greed.

Now the reason internet activists and practically all of social media is going insane over this is because this goes against a little something we call net neutrality. Net neutrality is the principle that Internet service providers and governments should treat all data on the Internet equally, not discriminating or charging differentially by user, content, site, platform, application, type of attached equipment, or mode of communication. Simply put, net neutrality implies that all content on the internet is equal, and they should be treated so.

The obvious follow up question would be to know what extra prices have anything to do with restricting our choice. And the answer to that question is cheap tricks and corporate greed. Once telecom companies start charging separately for each sphere, paid users are going to get faster internet speeds for those particular services. But by paying for those services, they make sure that those are the only services you use. 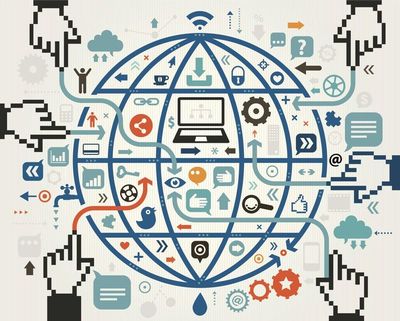 For example, say we had to pay Rs. X to use Amazon, Flipkart and Snapdeal as an e-commerce pack. Now if you don't buy these service packs, all e-commerce sites are going to load very very slowly. If you paid, any website other than Amazon, Flipkart or Snapdeal is going to load slowly and you're going to be forced to use only these services, thus putting smaller businesses and start-ups out of business. Yes, agreed, hypothetically you could purchase a pack or pay for each and all of these services, but you're only going to be able to use those services and never be able to explore anything better.

And the fact is, as much as we want to believe that we live in a perfect country where everybody is completely altruistic, we do not. If this TRAI consultation comes into place, big corporates with even bigger budgets can afford to pay ISP's to create packs tailored to drive traffic to their websites. But smaller companies and start-ups cannot.

The net neutrality debate however started gaining traction mid - 2014 in The United States when they were faced with a similar situation. However, it was scrapped due to mass opposition from the public. Now call me old fashioned, but I believe that democracy in this country is not dead.

Yet. The TRAI consultation can still be thrown out the window if we could register protest before the 24th of April 2015. But in a country of more than 300 million internet users, it would require a lot of us to raise our voices to do it. And that is why what you're about to do is one the most important steps in deciding the way we use the internet. Visit www.savetheinternet.in to register protest. This is the biggest test of Democracy. The voice of the people vs. greed of the corporates. Only time will tell if our voices still count, or if the corporate lobby takes precedence to the wished of the people.