For centuries of having lived in a patriarchal society, we sometimes disregard or fail to see how ‘gender equality’ is at the crux of several social issues, acting as an instigator in affecting a larger scheme of humanitarian concerns. One such crucial concern is that of “objectification”. In simple terms, the word “objectification” can be narrowed down to ‘treating a person as a thing’.

‘Tag! You’re it’ is the famous line from the running game we’ve all played in our childhood. Sadly it seems to me like the phrase is very appropriate to draw a parallel to this subject.

Let’s start off by looking at this from a man’s perspective. We hardly hear men use the word “objectification” to describe experiences, while it’s rather common to hear women complain how they are being objectified. Now let’s consider an example where a man has been recently separated or divorced from someone who treated him like he’s less than human. Let’s say she was some shallow, obnoxious woman who constantly chastised him and subtly undermined his self-esteem to manipulate him into paying for everything. (I’m sure everyone immediately thought of the word “gold digger”.)  Given the society that we live in, we would hardly cringe twice before calling such a woman names and pour out all our sympathy towards the gracious man who had to put up with her antics. 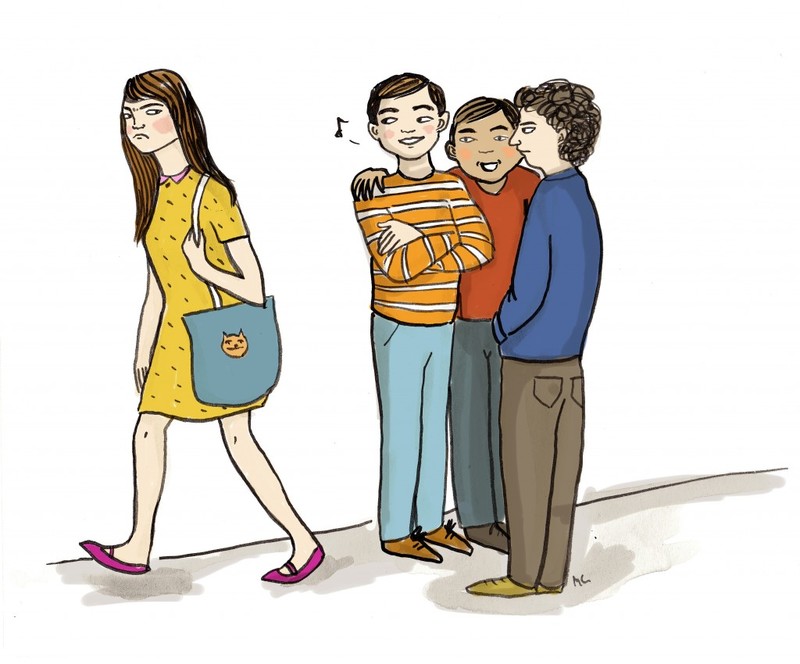 Now let’s use our imagination and try to relate to a women’s experience of objectification. Think of a world wherein every time you walk down the street, women would catcall you on your net worth and constantly try and grope your wallet and feel up how much cash you had to get a little taste. If at all you said or did anything they’d call you a cheap person. In addition, in every social interaction no matter whether you were a rocket scientist, a musician, or a doctor the only thing women ever assessed you on is how much cash you have in your wallet.  To make it more edgy, you’d also have to imagine that in this world it was common for women to violently seize your money even without your consent. If you stepped out at night by yourself, then you’d surely be afraid of being caught by a gang of women who’d beat you up and take away your valuable possessions. When these women would be arrested, the judge (also a woman) will let them out on light warnings. After all you were definitely asking for it, walking around in that fancy suit with those tempting, bulging pockets. How could a red-blooded woman resist?

It’s hard to imagine any of that right? If at all such a world did exist, I am pretty sure men would bring it down as quickly as their egos got bruised. Here’s the thing, we easily accuse a woman who might tamper with her husband’s money but don’t raise our voice when her husband tampers with her dignity by domestic violence, rape or abuse.

But sadly this is the reality of sexual objectification of women.  Sexual objectification dehumanises women and leads to men considering women as objects! Women are used to being catcalled, being discussed as items on a menu among boys, playing second fiddle to their brothers, fathers and husbands for years together now.

In times when women need the support and respect from men, they are still turned down. When a woman is assaulted in big metro city after 7 o’clock, it’s because she stepped out late. If she was raped in a dilapidated area, then obviously that’s because she was alone.  If her peers catcalled her it’s definitely because she was asking for it or attracting their attention with her outfit or behaviour.

Your sister doesn’t need your curt advice on when to be back home; she needs your pat on her shoulder when she herself is scared to step out the door. Society puts undue pressure on the way people need to behave in order to just survive every other day. It’s our responsibility to cut some slack and treat each other as humans.

Fierce The fornightly column that deals with currently pressing issues in society. Aiming to offer uncompromising feminist views in order to inspire positive change among the youth.