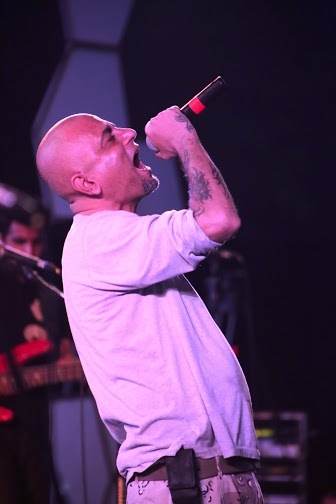 Usually Friday the 13th would be the time to crawl up in bed and pray nothing weird happens after all the stories that we have heard. That was however not the case this year. The much awaited Rockofes happened that night nulling all the effects and misconceptions we have about Friday the 13th. The crowd began to fill the ground at 5:45 pm waiting to be let in. Even the sound check made the crowd go wild and cheer.

The first band up was Crazy. In accordance to their title and the perceptions of how rock bands should turn up the guitarist turned up with the cool sunglasses and blew our minds away. The kind of energy that these guys brought to the stay was indeed crazy and kick started the Rockofes. At this time more people entered the ground attracted by the music that they were making.

Following them was our T# judges Franks got the Funk. As usually the charisma that they brought with them was phenomenal. They got the entire crowd to rave with them and join in singing their title song. The song "Corvus" got the crowd to roar load and wild and of course by now the crowd had gotten a hang of the "head banging motion". They played a few more of their original pieces including Celebration. 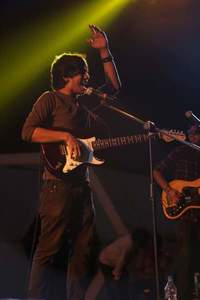 Right after this came the most awaited part of the night - Parikrama's performance. The 21 year old indie rock band that blew our minds away. This band not only made the girls wonder why they weren't younger and the boys go wild, but took the show to a whole new level. The fusion of Violin, Tabla was one among the other things that made them stand out from the rest. The Violinist Imran Khan was indeed a man of gifted talent and the crowd simply worshipped the ground he walked on. Their songs "Am I dreaming" and "But it rained" were the added compliments to the night. The song they played for a cause called as "colourful wonderment" got the crowd to start with sway and then follow the beat.

The band also made sure that they engaged the crowd constantly by getting them to clap, walking up towards them (making them roar) and having them repeat tunes. To end the night of the nights with a bang Parikrama played the classics "Fear of the dark" by Iron Maiden and "Highway to Hell" by ACDC. Awestruck by their performance the crowd head out with a heavy heart that the night had come to an end. 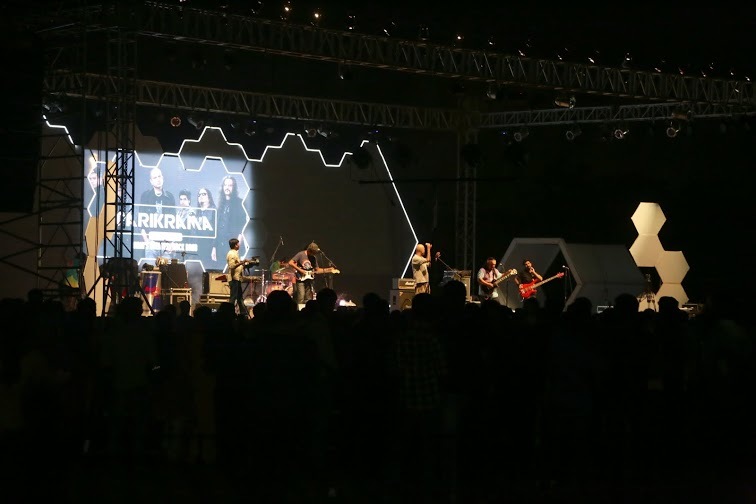