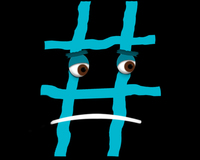 The news over the past few weeks have been riddled with vile acts of violence and terrorism. We witnessed the shootings at Lindt Café, in Sydney, Australia, the horrifying massacre in Peshawar where more than a 100 students were killed in their school and most recently, the attacks on French publication Charlie Hebdo. These atrocities have sparked worldwide dialogue and discussion, so we asked Anna University students what they felt about these horrendous acts. While 3 out of 5 five people were barely aware that these events had happened, a few had more encouraging responses. “I wrote quite a large paragraph condemning the Peshawar attacks on Facebook”, informed a final year ECE student. “The hashtags were really inspiring, I made at least a dozen tweets about #Illridewithyou” exclaims another student enthusiastically, “despite the fact that I don’t live in Australia.” As of today, news feeds in both Facebook and Twitter are flooding with #JeSuisCharlie. It is indeed heartwarming to know that even in the darkest hours, humanity exists in the form of distant Facebook posts and sentimental hashtags.