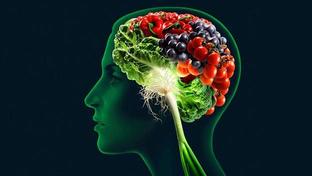 In one of the most extraordinary events that has ever happened on campus, today a 3rd year student (who wishes not to disclose his identity for the moment) claimed that he aced his “Computer Graphics” assessment thanks to the canteen. Sounds outrageous, doesn’t it? That’s what we also though at first.

He claimed not to have studied for the assessment at all, but after a hearty breakfast at the canteen, he momentarily felt dizzy and all of a sudden he felt like he was an expert in the subject and he ended up answering all the questions in the assessment!

Obviously we didn’t believe him when he came to us, but because of his constant pestering, we decided to look into the matter.

It turns out that the food contained some unknown complex hydrocarbon, that baffled even some of the senior professors in the department! Early tests on that compound suggest that it stimulates the brain to perform at an optimal level. A small research team has been set up to find out our about what the professors are calling a 'magic' compound.

Never mind the finer details.  I have an assessment tomorrow. So, who wants to join me for breakfast at the canteen?