Social work is a professional and academic discipline that seeks to improve the quality of life by enhancing the well-being of the people and aid those affected by social disadvantages. College of Engineering, Guindy (CEG) being one among the premier colleges of India not only takes up academics as its goal but also moulds the students to become a better person. Service is one such way. 2015 has been another successful year when we look upon the social activities done by the students. There are various clubs existing and blooming in CEG which has among its objectives to help the society. 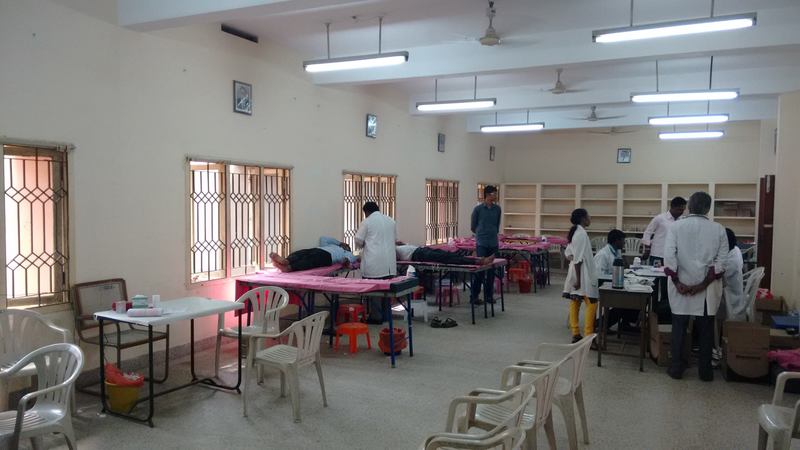 To start off the year, the Leo Club of CEG oragnized the Blood Donation camp in association with the Lions Blood Camp. Next, the members of Green Brigrade were all set to welcome the turtles ashore. The Olive Ridley sea turtles  are an endangered species. The club members joined hands with the environmentalists, to collect and relocate the eggs of the species to a safe place, by walking the beaches. When the turtle hatchlings emerged 45 days later, they were released back into the sea.

February, in spite of being the month which has the least number of days, saw social services rendered by CEGians in plenty. The T+ run created awareness about Becoming I Foundation's Project Leap and the fund collected through the run has been donated to this foundation. Leo Utsav was organised with the primary aim to serve the underprivileged and downtrodden. The fund raised was donated to "World Vision" to help children's education. Leo Club also planted trees in our campus for a greener cause as a part of Leo Utsav. Later on, Techofes took place and the helping hands of Siruthuligal Charity Club of CEG conducted the book collection drive during the annual cultural fest. They also sold self-made handicraft during Techofes and the money earned was used to pay the fees of our college mates who were in a financially weak position.  The Green Brigade Eco Club of CEG also organized Vriksha known for its green events, conducted for school students. National Service Scheme has its motto "Not me but you" and accordingly the NSS UNIT 2 organized an event Vidaigal for the physically challenged students. Rotaract Club of CEG conducted Conclave, intended to be a TED-style motivational talk session for students .

Come March 2015, International Women's Day was celebrated by the Leo Club by its signature event, Vidiyal, a festive particularly for the students from Surya Nagar. Sangarsh, an annual fund raising musical concert was held by the Rotaract Club.

In the month of August, Leo Club conducted the Organ Donation Camp and Awareness Programme which was held to motivate people to come forward to save lives. CEG Rotractors took part in  Teri Fox Run, a marathon in aid of Cancer Awareness which was held in IIT- Madras campus.

Rotaract Club conducted an organ donation awareness programme too, named, Aarpanam. Thulir, an annual event by the Leo Club was held, which is a personality development event for the underprivileged students . 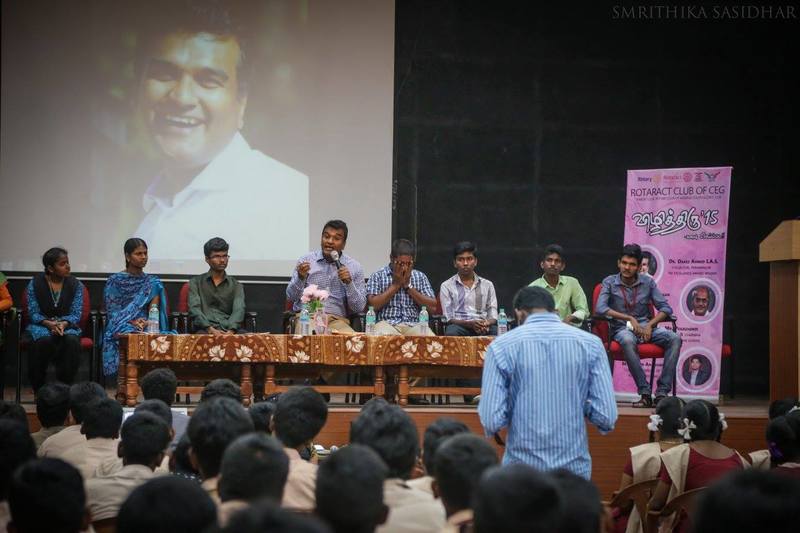 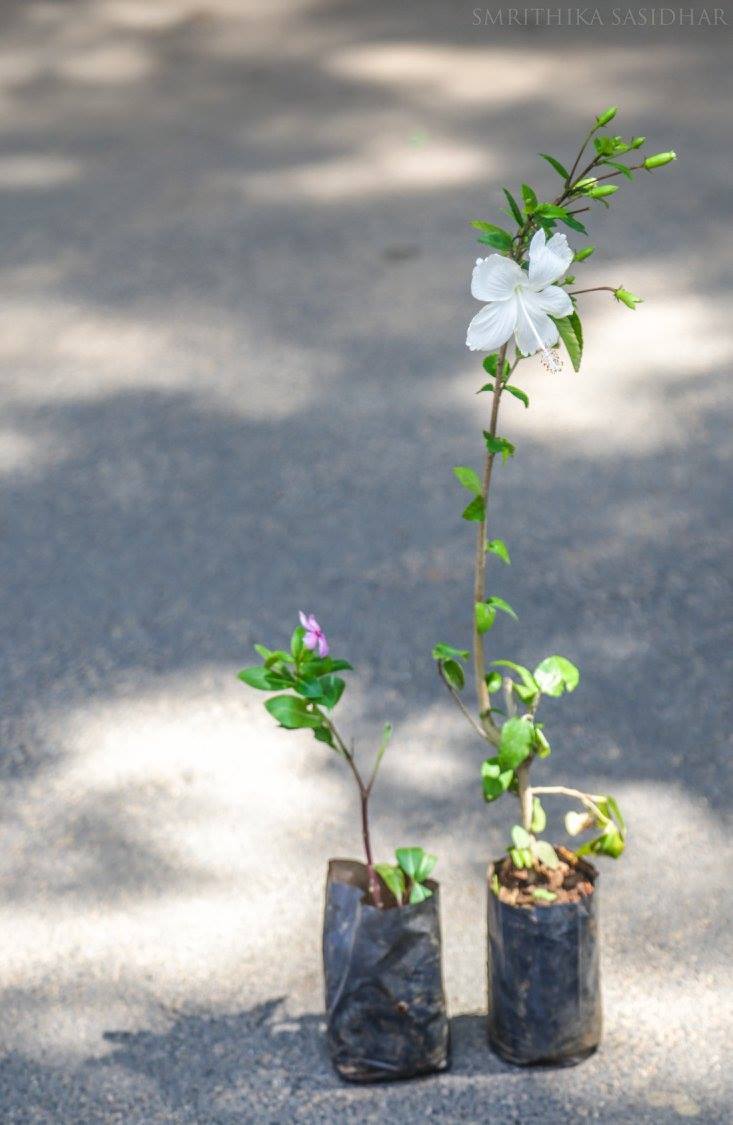 By the end of the year , the chennai floods had battered up people's livelihood. To improvise the situation the members of Leo Club provided food and other amenities with the monetary support from CNSI. This is just one among the many other initiatives from CEG students with regard to flood relief.

Keeping the adage, "Only a life lived in the service to others is worth living" by Albert Einstein in mind, let's make 2016, another great year in rendering services to the community as CEGians.