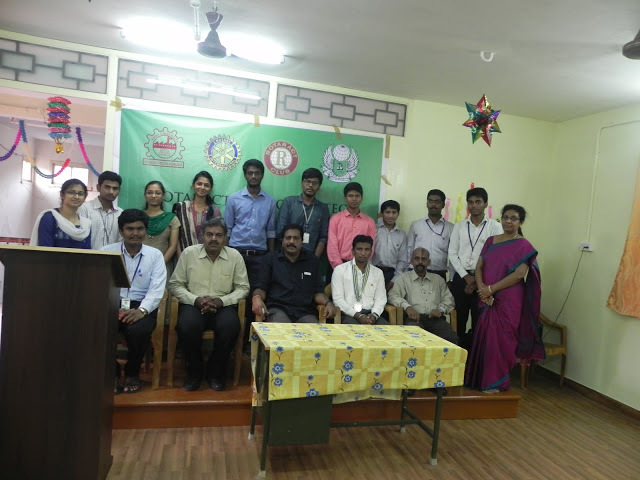 The Rotaract Club in our campus is involved in a multitude of activities aimed at making us better, more engaged citizens of our community, such as the education and career-counseling of the underprivileged, and organizing healthcare camps, to name a few.

The inauguration of the ACT chapter of the Rotaract Club took place on Spetember 30th in the Rotary Hall of the CPDE building. Graced by the Dean (ACT) Dr. S. Sivanesan, President of the Rotary Club of Madras South (RCMS) Rtn. Balachander, and Secretary Mrs. Asha, the ceremony saw the investiture of this year’s core team of the Rotaract Club.

This was followed by the swearing-in of the new office bearers, with the Dean pinning badges onto them. The President, Mr. M.Sakthivel, then addressed the audience, stating his vision for the upcoming year – to recover the club from its current passive state by merging and actively working along with the parent club, on relevant themes.