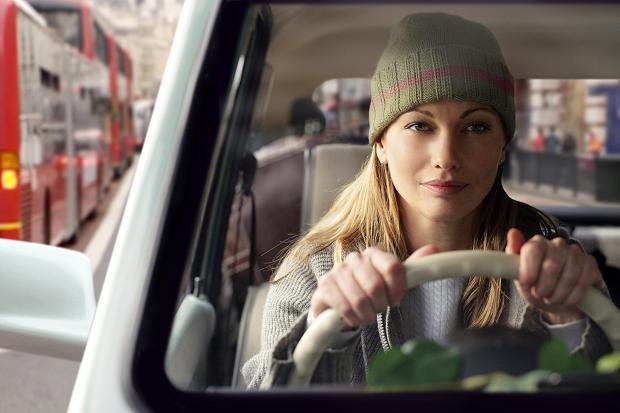 It was a sultry mid-evening, and it seemed as though rain was about to begin, right on schedule. I had just started out from college on my scooter, all set to manage the feat of reaching before the downpour. I had driven a considerable amount until I began to realise heavy droplets trickling down my helmet’s glass pane. Mid way, it so happened that as I strode towards a turning, the signal switched from ‘Green’ to ‘amber’ and almost instantly to ‘red’. Given the adverse weather that was onset, I knew minutes were turning to seconds and seconds swiftly disappearing, but yet there I was left behind, as though last at a finish line - left with no choice. Oh wait, don’t worry this isn’t a boring tale of my battle with the rain!

So I was stopped at the signal on Anna Salai, and was now the first person around whom, quickly a swarm of vehicles stationed themselves much like a game of ‘Tetris’. The signal was for a good 60 seconds and I couldn’t wait to get back home, just as much as my neighbour - the ‘judicious honker’ - who was vehemently communicating with the signal via annoying horns. Suddenly, a man on a bike zoomed in from behind, and asked me in typical hasty madras tamil “Can you move ? I need to go!”

Please keep in mind, the red signal was very much still ticking at 40 seconds and I responded by saying “I don’t think so, we’ve to wait” gesturing towards the signal and my fellow Tetris block-mates. He was not only disappointed by my statement, but seemed to look at me with pure disgust and hatred. I couldn’t quite grasp the concept of 1 - How I could possibly move while vehicles were clearly zooming in front, and 2 - Why I should heed and give him way when we were all supposed to wait. But unusually now those 40 seconds seemed to last longer than expected, but soon enough the lights turned to ‘green’ and I made my way to take the right turn. He too zoomed in front, slowed down next to me and yelled in pure madras bashai “Hey ***** (lady) ! You wouldn’t move if I asked you to huh ?”

This incident, got me thinking on several things amongst which ‘road rage’ and the ruthless notions concerning women's driving could easily top the list. Yet, the best way to handle this menace seems to be to avoid becoming a ‘victim’ of it. What are the possible steps of mitigation you ask ? Avoid making eye-contact or responding to the completely deranged driver who assumes full-authority to abuse you in public and baselessly insult your motor skills. The notion that ‘Women are poor drivers’ is so strongly cemented in society. So much so that many a time, people assume that if a vehicle was being driven badly, its surely driven by a woman. Dont even get me started on the amount of sexist jokes that have a normal place in our daily lives on women’s driving!  Its a given that men had access to vehicles well before women, but that doesn’t warrant any authority over the road. 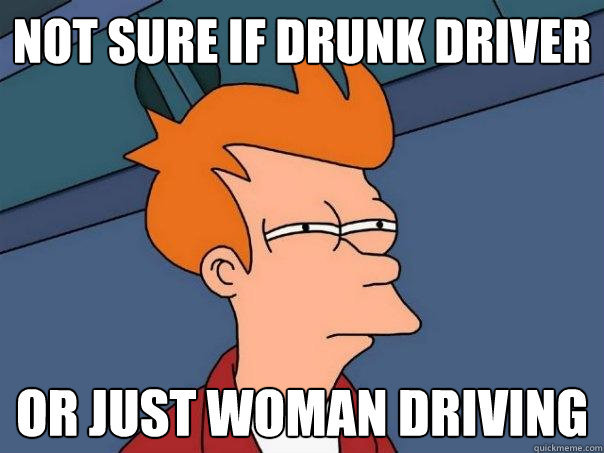 (The only appropriate response to the above meme is this meme )

Incidentally a survey conducted in UK, revealed that women are better drivers than men. But the same survey also stated that barely 28% women reckoned they were better drivers than men, with only 13% of men thinking women were superior behind the wheel. So its obviously got more to do with societal mindset. Is it not awful to think that the lack of belief has stopped several women from becoming Formula 1 drivers, tank drivers for the army or even just swap with their male counterparts to drive instead.

Aggression on the road is a serious act, it could very well be seen as a violation of property rights. We are all very familiar with people often engaging in verbal or even physical abuse in the middle of the road, disrupting the other vehicles. Let’s not be privy to it. Seems to me that an ego bruise is a bigger cause of road rage, than even that dent on your car door. Sadly more  often than we wish, driving becomes a competition. Maybe its time we look at it as just means of transportation and treat it with more logic. Respect the law of the road and don’t engage in speeding, try to maintain your track and plan your trip in advance so you don’t have to rush. Maintain your composure because you have so many more important things to loose your cool over. Lastly, respect each person on the road and never engage in denigrating anyone. Granted that women in India have equal access to roads, unlike those ladies in Saudi Arabia who are still striving for their driving rights, we too need to make sure we don’t let rules slip and keep them wishing they were wrong all along!