Murthy, seeing no other option, acquiesced.

“It is here” the Inspector said, pointing at Murthy’s embarrassingly worn and torn leather shoes. He reached inside the left shoe and foraged like he knew something was there.

He reached again inside the right shoe, which was well beyond serving any real use, and took out a plastic bag, at which Murthy gasped. The Inspector unrolled the plastic bag and brandished it in front of Murthy’s eyes. 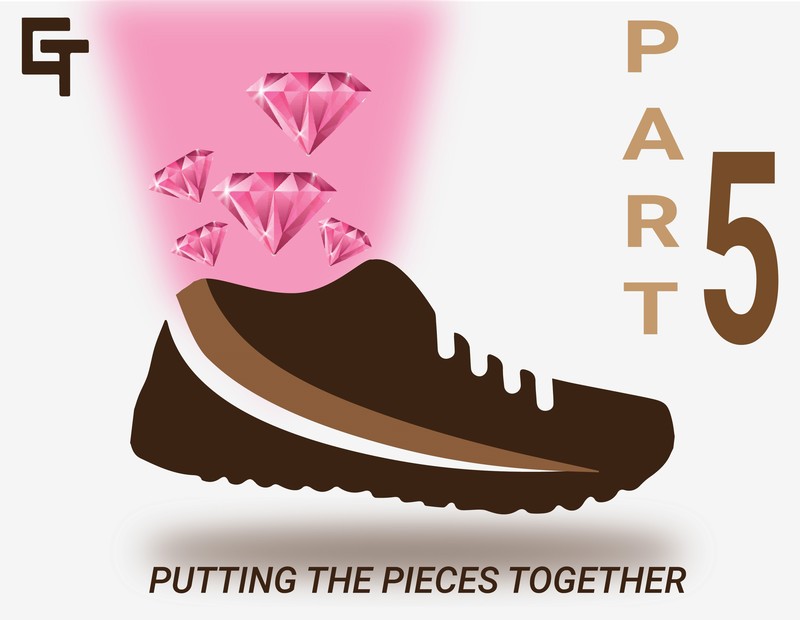 Murthy couldn’t believe it. There, clutched between the inspector’s fingers was a plastic bag filled with lustrous diamonds.

“I-I don’t understand Inspector, I don’t know how that came to be there. I-”

“Don’t worry, Mr. Murthy. I’m not suspecting you. You have nothing to worry about. I’ll explain”

He waved his hands at Murthy, clearly sensing his alarmed demeanor. “You see, you told me that you always saw Abish in the hallway, always on his phone, right?”

Murthy nodded. The pride in him seemed to have evaporated.

“Well, from what Mr. Arjun told me, there seemed to be some kind of incongruity. Mr. Arjun claimed that he rarely ever saw Abish in the hallway. Then I noticed that you told me you always came back from work at 6:00 in evening, whereas Mr. Arjun did at 4:00, and there are no other tenants in this floor. It seemed odd that you would always see him in the hallway while Mr. Arjun almost never did. So I insisted Mr. Arjun really recollect how many times it was that he saw Abish in the hallway. It was close to none, barring a few times on weekends. So I asked myself why Abish would stand in the hallway the exact time you were there too. I had no answers until I brought the loot into the picture. We found no evidence of the loot in his apartment. At least that’s what I’ve been told by my subordinates. And then I remembered that I saw a pair of worn and torn shoes lying outside your flat. I guessed he wanted to make sure that you would never use them, though why he didn’t hide them in his apartment is beyond me.  That’s why he was in the hallway the exact same time you were there too. It was a precautionary measure. What better way to hide the loot than in plain sight. It was brilliant! I dismissed the thought at first, but it made more and more sense when I started to relate it to your statement. Abish knew for a fact that you would never use that pair of shoes. But he made a small mistake, which I happened to pick up on. He overplayed his part. After that I just put the pieces together. And I came straight here to make sure that my speculation was indeed correct” the Inspector finished, having made himself very comfortable in the process. Murthy could sense the Inspector was trying to hide his mirth.

The Inspector started again, “Well now it’s easy. The man who came looking for Abish, Mr. Arjun tells, must’ve been his partner. And it is very likely that it was he who murdered Abish. Tracking him down won’t be problem for now, we have his description. We can pretty much guess what went down. I’ll be on my way now. You’ve really been very helpful. I think I might get a promotion, but that’s a little too much to hope for. Good day.”

It seemed to Murthy that the Inspector was conversing with himself, for those words had come out of his mouth in quick succession. And with that, the Inspector carried the really expensive bag away with him. Murthy thought he heard the inspector hum a cheerful tune.