Abish was a robber, and Murthy would not have had the faintest idea if not for Inspector Raghu’s revelation. Murthy started to wonder if his ever-so subjective irritating presence in the hallway had anything to do with the murder. He lapsed into grim fantasies on the motive behind Abish’s murder.

His partner had decided to take the treasure for himself. Or they had an altercation over how they were going to split it. Or their burglar friends had got wind of their treasure and decided to take it forcefully, even if it came down to murder. Or…

And so his train of thought continued, till he couldn’t tell logic and evidence apart, and by then he had already dozed off.

When he woke up it was afternoon, and it was sweltering outside, contrary to the weather two weeks ago. The clamor in the hallway seemed to have died down. He started to question and ruminate if the case came any closer to being solved, whether or not the stolen treasure found the right hands, whether or not they apprehended the murderer. Somehow his thoughts took a turn and ramified into the rational assumption that it had to be Abish’s partner.

Just then, he heard the familiar, resolute knock on his door and he immediately knew that something had come up. Something of importance, no doubt.

He peered through the peephole before opening the door. It was Inspector Raghu, looking placid and composed. Surely the police academy had taught a person of his rank how to maintain composure. And it seemed he had come alone this time. Murthy took a deep breath and opened the door. 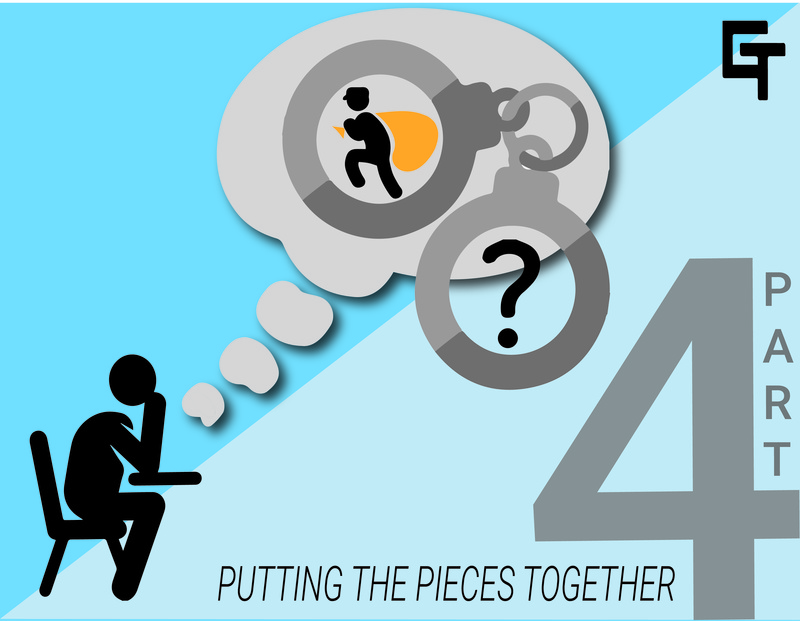 “Evening Mr. Murthy, can I have a word?”

“Mr. Murthy, uh-” Raghu thought for few seconds, before he began, and Murthy was catching on to the Inspector’s idiosyncrasies. “We are still nowhere close to figuring out who the murderer is. We do have some idea, from what Mr. Arjun has told us, but we searched the victim’s apartment for the loot.” He stopped again, waiting for what he said to sink in. “We didn’t find it. But we have an idea of where it could be.”

Murthy didn’t understand why the Inspector would tell him this. What purpose did it serve? Did he think Murthy was a suspect?

“I don’t understand Inspector, what has this got to do with me?” Murthy asked with a forced innocent tone.

“You see, Mr. Murthy, there was a discrepancy between what you told about the victim and what Mr. Arjun told about the victim. And we might have an idea of where the loot is hidden. You said you’d always seen him in the hallway. Well, Mr. Arjun begs to differ; he claimed he rarely ever saw Mr. Abish in the hallway. Now, what might that tell you about Abish’s behavior?” The inspector was confident in what he was reckoning, but was not sure whether Murthy was following.

Murthy stood confoundedly. He wasn’t sure what the Inspector was insinuating.

“Sir, if you will step outside for a moment I can show you.”