The tales of Paris - the passionate love the city symbolises, the art, the history, have always made its way to our hearts and ears. Paris being so well told in its stories had made it to my to-do list a long time ago. With those high expectations and presumptuous views I landed in the city hoping to be drawn to its magic.

Known for its architecture the French capital is divided into 2 halves: One that embraces the urban architecture and the other that consists of historic monuments. The thing about Paris that leaves one flabbergasted is the fact that it has preserved all its art and culture over these evolving years. The city has strong formal axes and spaces, with many interesting buildings by celebrated architects that lived or worked there including Le Corbusier, Perrault and Nouvel. The Eiffel tower - when built - was considered a disgrace to the Parisian Architecture. History has it, that the man who built the tower would sit at the top of it as it was the only place from which it could not be seen. Today however, his work has become a manmade Iron marvel.

These squares are filled with Lamborghinis, Bugattis and race cars that one can ride for a price. 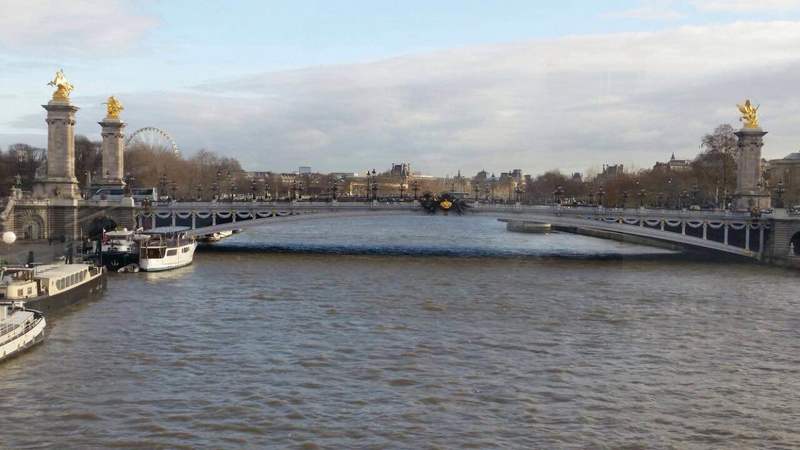 Walking through the streets of Paris, the weather mild and wet, one can see many Gothic architectures. The Notre Dame Cathedral, Saint Chappelle, the Baroque churches reminds us of the movie “The hunchback of Notre dame“ (almost as if we can picture that story replaying in front of eyes!).
The Squares in Paris are also worth a mention. These squares are filled with Lamborghinis, Bugattis and race cars that one can ride for a price. There would be the tin man, clowns and cotton candy sellers all around. Random street dancers, pigeon trainers and others provide us with all the entertainment one needs. The roadside crepes, breads, macaroons and chocolates must be tried here. Fragonart – A Perfume manufacturing company is one of the only companies that sells perfume exclusively within the city. The perfume from there is a limited edition. It was quite an experience just visiting this authentic French shop.

The Avenue Montaigne - one of the world’s most expensive shopping streets - is something one must see. Even water in these streets would be overpriced! The streets are lit in the nights making it glow almost as if the stars are on the streets and not the sky. At 6 in the evening, right when the dark sets in, the Eiffel tower glitters bringing tears to one’s eyes followed by which the streets and the path along the river Seine is lit. Paris is also known for its nightlife and clubs. After seeing that street one would not wonder why. The opera theatres here are known for their flawless acoustics. The Paris Disney land is quiet a world within itself. Children and even adults would enjoy every moment there. Being in Paris during Christmas it was nice to see the streets lit in Christmas colours and carols being sung in all corners of the city. 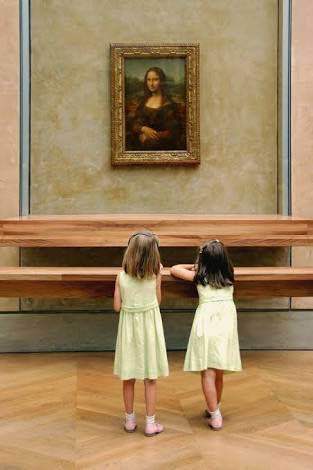 The Cruise along the river Seine is part of the package whenever one visits this city. As we ride along the river we not only see the Parisian streets and buildings but take note of the 37 bridges built over this river. The lock bridge (where in we lock away our secrets like in the movie “Now you see me”), the double bridge, the bridges from Napoleon’s time are all structures we will pass by.

The Louvre museum is another treasure of the city.It would take days or even weeks for one to completely go one round around this museum.

The Louvre museum is another treasure of the city. 1000s of paintings and sculptures that belong to the Greek, Roman period, and Islamic art are showcased here including the famous Mona Lisa, the winged victory, the grand pyramid outside and many more. It would take days or even weeks for one to completely go one round around this museum. The Mona Lisa doesn’t seem to always meet expectation despite its mystic and aura. This is probably because of the massive Veronese’s Wedding of Cana that is hung right across the wall from where the Mona Lisa is kept. This painting is not just huge in size but also intricate in detail and immensely colourful. The ironic contrast between how the Mona Lisa has become one of the most eminent paintings of all time when its beauty is unparalleled to this other painting across the wall, makes us wonder if the world itself revolves around luck. One would wonder if everything was serendipity. Yet, the city of Paris is indeed magical! It changes ones perspective of life. Within its varied architecture there will always be a part of Paris each of us will love thus making it beautiful, showing us that beauty is indeed in the eye of the beholder. I spent less than 3 days in the city yet fell in love with it. Now it’s your turn!