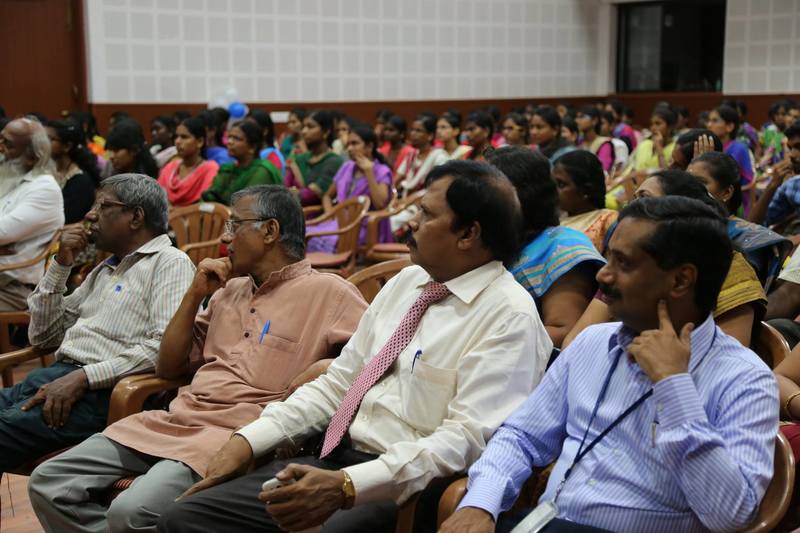 The evening of the 31st August saw the Society's activities for 2016-2017 begin with much fervour. The event started with a promotional video of the Society of Civil Engineers, showing the growth of our college from a mere survey school in 1794, to the one that stands tall today.

Dr.Kurien made notable comparisons between the Civil Services and Civil Engineering, listing out the symbiotic features.

Following the address, Mr. Nirmal Raj (General Secretary of SCE) delivered the action plan for the year. He mentioned the new activities that the SCE was going to undertake this year, including a separate website for study materials, news about workshops, guest- lectures, events and also articles on the advancements in the field of Civil Engineering. He expanded on the implant training opportunities and project ideas that the Society will facilitate for the students during their 2nd and 3rd year. He also provided insight on 'Civilisation' (The Department's annual symposium), assuring that it will lay the foundation for students to explore new opportunities. 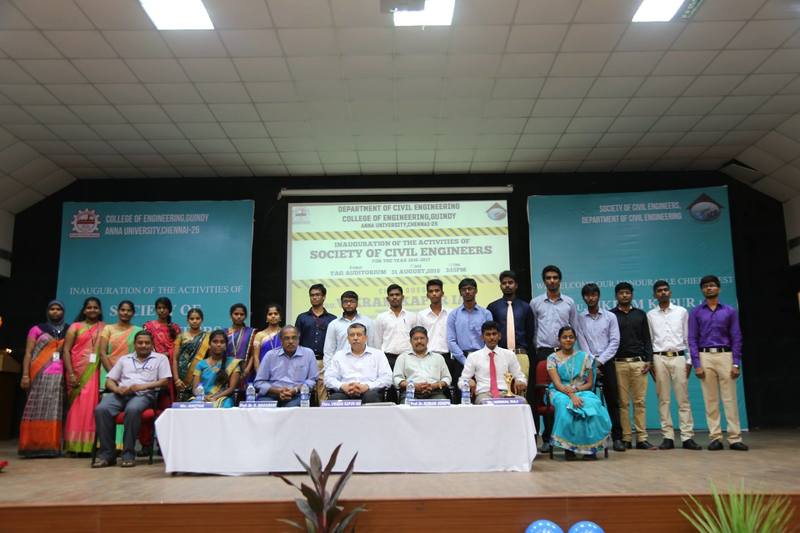 Mr. Vikram Kapur IAS, who was invited to officially inaugurate SCE, has an expansive educational background in Physics and public policy, with three decades of experience in public administration. He stressed on the importance of attending the activities held by the Department, as they enrich our knowledge and help us be in tune with the world. It also helps us improve our communication skills which is lacking in some of the finest engineers in India.“Go beyond classrooms and implement what you learn,” he encouraged.

He concluded his speech with a question, one that his own Professor had asked his class when they first joined college. “What was the thought that struck Isaac Newton’s mind when the apple fell down from the tree?”

He then went on to explain how the Universal law of Gravitation came about, with just a small thought connecting the various known forces, which did not occur to everyone intuitively.

The inauguration ended with the vote of thanks by student representative R. Anita. Certificates were given to the old office bearers and the new office bearers were announced. A jubilant photo session was conducted, with photos taken all around the auditorium.

If Newton stuck to what was taught in school, we wouldn’t have got the Universal Law of Gravitation. We are sometimes required to think out of the box, question everything and un-learn. We’re privileged to be in a college where we are given this freedom. The message of the day was to use this opportunity to pose insightful questions to our Professors and to be inquisitive.

The Guindy Times wishes the SCE the very best of success in all its activities.