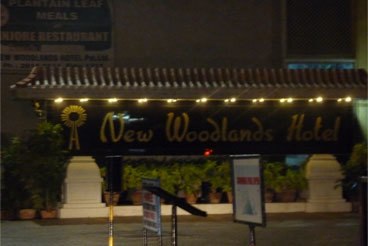 One Saturday morning, I went swimming with my sports team for rehab and water based workouts at Woodlands hotel on Radhakrishnan Salai. It was a fun session, playing in water has always been a fun thing to do for me. It started at 10:30 am, and took around 12 to wrap up. My mom was out of station and so I decided to buy lunch on my way home for my dad and myself.

It was now time for some monetary calculations. I had exactly 300 bucks with me. Not even a penny more. Woodlands had two restaurants. Krishna and Vrindavan. Everyone in the food circle knows Vrindavan to be a fine dining, and since I prided myself as a foodie, I knew better than to enter that place with 300 bucks. Hence, Krishna it was.

So I entered Krishna and had a look at the menu. Carrier meals: 175. Contents looked vast. But I had only 300. I obviously can’t get two of them, so I ordered one to be packed. The waiter asked if I had brought a carrier or some boxes with me, and I evidently didn’t, and told him the same. Then I decided to eat something that would fit into the remaining 125. The waiter said the only tiffin item available at this time was Poori masala. 75 bucks, seemed good. Total 250. The asterisk at the bottom of the menu card said taxes applicable. Tax would never be greater than 15% at a place like this, or so I assumed. Hell, it wasn’t even fine dining.

It came in no time, and I devoured it happily, though I wished I had more. This hardly catered to a decent human’s appetite. Then came the parcel. Looked huge, with a plantain leaf roll sticking out of the cover and uncountable white boxes kept inside. Alongside it came the bill.

This was trouble. My house was 15 Km away from that place, and my dad wasn’t going to come all the way down for 44 rupees. All my teammates were also out of reach by then. I had been sitting at this place for more than an hour. I sat and thought. What to do? 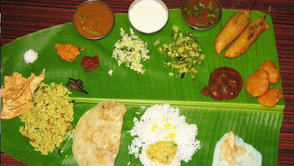 Plan A: Go to wash hands. Woodlands has a common wash area for both their restaurants. So just sneak out through the other restaurant, go to my car which is parked near the swimming pool behind, and make a dash for the gate. The parcel is still on my table, and the smiling, efficient waiter would wait for five more minutes at least, before getting suspicious. But this was risky, I could get into trouble in so many ways. What if they made note of my number plate and it becomes a police case? I have never stepped into a police station in my 20 year old life and I didn’t plan to then.

Plan B: Offer to work in the kitchen for as much as the extra 44 bucks warranted. Then leave with the parcel food and not mention any of this to anyone. But end up losing my dignity. What’s life worth, without dignity? No. No. I am from a decent family, brought up with good ethics. No flour grinding yet.

Plan C: Return the parcel. The problem here is, I’ve got to let go of some inhibitions and admit I have only 300 bucks with me to the waiter and the manager, which makes me look like sort of a loser in front of other customers. And these kind of restaurants don’t cancel a processed bill. Something told me this is going to take some time. And it is not the easy way out.

But looking at plan A and B made plan C sound like a cakewalk, so I went ahead and told the waiter. He brought the manager and I created a scene. “There’s ambiguity in the menu card. You don’t mention boxes as extra, and who the hell charges 25% extra at a normal restaurant? I ordered taking your menu as the bible and you have added hidden costs out of nowhere. I obviously cannot pay for the meals. Take it away and give me a new bill”.

The bold manager was momentarily taken aback by my aggression, but regained his stronghold soon enough. He kept saying that the bill cannot be cancelled and told me to ask someone to bring the money. After a few more exchanges of words and rest of the crowd getting some lunch time entertainment, the manager thought it would be better to cancel the meals and let me walk away rather than losing some regular customers who were in the restaurant at that time.

In the end, we came to a compromise and I decided to parcel another set of Poori masala, the only thing on the menu that was available apart from meals.

I went home with two pieces of Poori for lunch at 2pm for a man, aka my dad, starving since morning and it wouldn’t be apt if the stuff I heard from him are mentioned here. Really inquisitive people can contact me straight.