The clock is ticking and time is fading. Not very slowly, but slow enough for the deep caverns in my heart to fill itself with that strangely marooned feeling, as if it were heavy with emptiness.

Life has this really strange way of announcing the end of one part and the beginning of another. Instead of a siren, with that blaring sound, proclaiming that something is going to begin, life has chosen this rather discreet version.

Everything around me seems blurred as if already clouded with tears. To think that I won’t be treading the usual path to my classroom, getting up and rushing to win that attendance we all want or eating the lip-smacking mess food we always crave for (being sarcastic here), all feels a little surreal. It gives me jitters about those days of running around routers to get the RCC signal or the days we used to sit on the green benches hoping to get some fresh air. 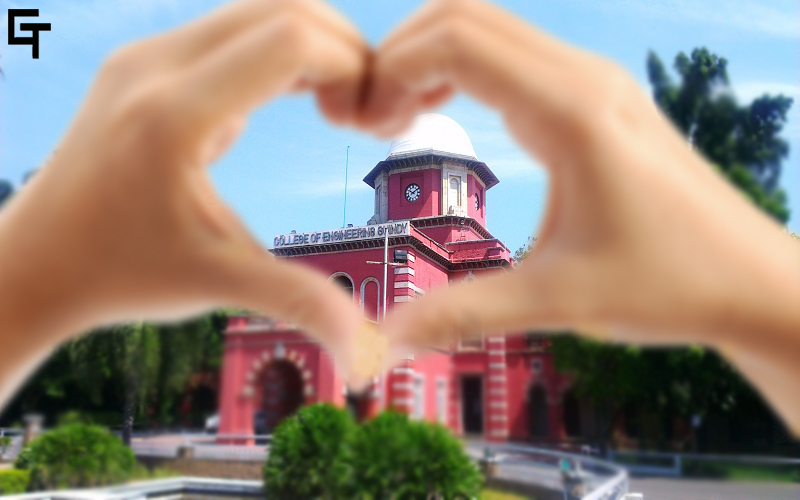 A device to turn back time is all I ask for now. There were days when I had thrown the biggest of tantrums and had wished college was over already. There were days when I’d look with that glint of joy and much pride at that crimson-adorned red building and say that CEG always was and would be my heaven.  Meaningless crushes, sudden plans to go out, scrumptious treats, running amok after losing my mind over curfew time, “roastings” during project demos, sleeping in the last bench, snatching lunches from day-scholars and making sure to relish every morsel, thousand selfies that we HAD to take, fights with the crazy gangs in class, dancing in the rain, shivering in the cold, sly pranks, gossiping with twenty odd ones in the classroom and making friends with juniors pretty much sums up every page of my college life.

‘I open at the close’

Just like the infamous line from Harry Potter where a magical item opens at the end of its journey, I also open my savagely sweet heart pouring out everything into a vial to cherish all that I hold close. I begin to bid adieu to college but only does it dawn on me and painfully sink into my brain that’s it’s finally over!

Tagged in : My space, Ashwini Velmurugan,