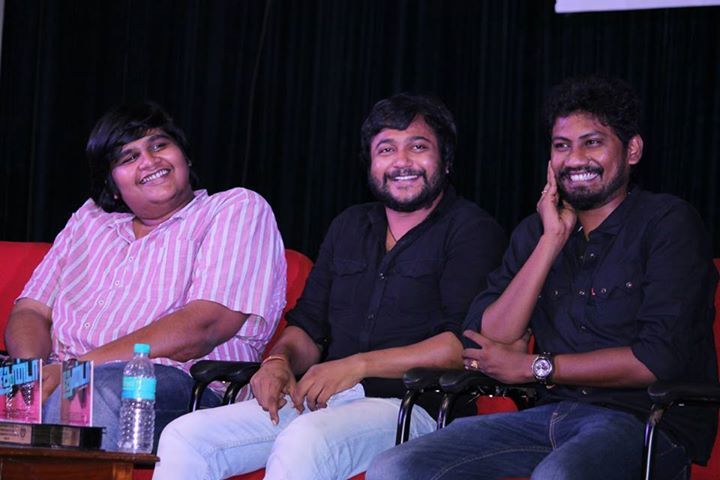 The Freshers Day Ceremony conducted for the students of ACT and SAP on 18th August doubled up as the inauguration of the SAAS teams of each college, and as the investiture of its office bearers for the year 2014-2015. The event was so anticipated that seats began filling up a good 45 minutes before the show was set to start and, by zero hour, the auditorium was filled beyond capacity, with students clustering at doors and along walls due to lack of seats.

The Chief Guests of this event were the team behind the movie ‘Jigarthanda’ - director Karthik Subbaraj, antagonist Bobby Simha (‘Assault’ Sethu) and actor Senthil Kumaran.

The President of SAAS ACT, Harish Khanna, mentioned how the SAAS had come a long, long way since its inception thirty years ago, while outlining its flagship activities - the national-level techno-management fest, Dhrishyaa (in January) and the annual cultural extravaganza, Kalakrithi, in addition to the several other happenings in campus all-year-round. He also noted how several SAAS members were themselves part of the Anti-Ragging Committee in college, showing the juniors they could be worry-free.

The SAAS-SAP President, then addressed the freshers, reminding them how important it is to pursue one’s passion in life - and how SAAS helps one discover that very passion. She also informed the audience about the major events of the campus, including SAPrabhatam - a musical competition to spot new talent.

Dr.Sivanesan, the Dean of ACT, spoke a few words on the importance of persevering not only in our acads, but also in extra-curriculars, to grow into a fully-fledged person, quoting Swami Vivekananda : “Arise, awake and stop not till the goal is reached.”

This was followed by the address of the Dean of SAP, Dr. Rani Vedamuthu, which also included a few words from the VC of the campus, who could not make it to the inauguration. She stressed on the fact that the day’s Chief Guests were important not because they were film stars, but because they were people who had become successful in their own fields after branching out from a technical education. The VC himself had wanted to say how student life should be like a camera - focussing on the good and important things, and letting everything else fade into the background. 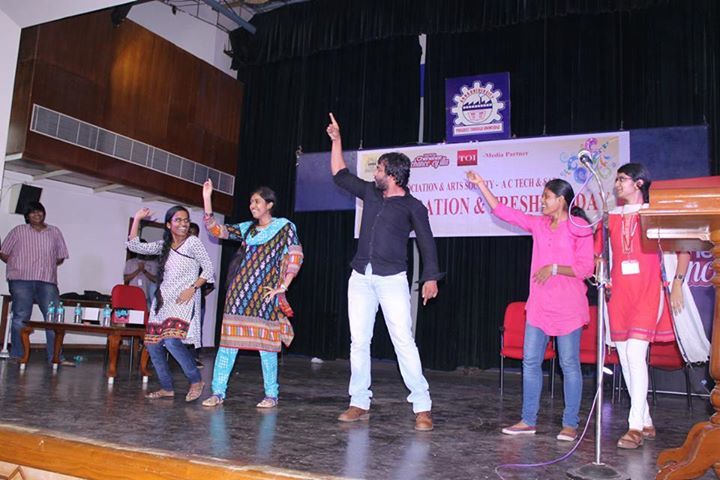 It was after this, that the Cultural Performances - what everyone was waiting for - started. As the Jigarthanda team remained the only people seated on the dais, the mood in the audience was electric - with catcalls, whistles and what-not. This opened up an interactive session between the audience and the team.

The audience, which comprised of the same people who’d avoid a teacher’s gaze in earnest when asked for questions in class, here saw at least a dozen hands shoot up in the air every time the chance to ask a question presented itself. While the boys wondered why Lakshmi Menon hadn’t come, the girls wanted to know if the search for the next new heroine could include AU students.

Director Subbaraj reminisced about how AU had always been a dream school to him, and how he’d even appeared for re-counselling for another chance to get into this institution. 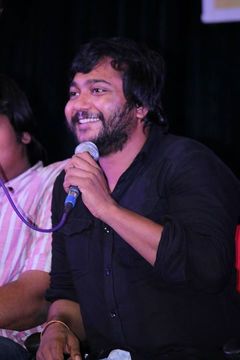 He narrated how his career shifted gears from the software profession to a movie director, and went on to say that since the technical side of filmmaking makes tremendous of engineers, it is highly likely for the industry to have more engineers than graduates from any other field.

It was then the turn of Bobby Simha to regale the students with his life experiences. Having grown up in Kodai, Bobby revealed that he was an ECE student who had several arrears himself, to which the crowd went wild. He also accounted for his break in the film industry, mentioning that he got the chance acquaintance of Director Subbaraj, with whom he worked in several short films that appeared on the ‘Naalaiya Iyakkunar’ show on Kalaignar TV, bringing them to the attention of industry giants.

This was followed by Senthil Kumaran - a MechE graduate - who admitted to having a soft spot for AU students, since studying here was, for him, a dream that never came true. He also encouraged us to notify them about Theatron plays, and assured their presence in the audience.

The end of this jig marked the start of the informal events slated for the day. Stand-up comedians Karthik Kumar and S.Aravind, from “Namma Chennai Chance-ey Illa”, had the audience in splits for close to an hour with their witty takes on common urban dilemmas. This was followed by a euphonic rendition of a medley of several popular Tamil songs by our very own Sai Shankar Ganesh (of Airtel Super Singer fame). The ceremony then wrapped up after a brilliant hip-hop performance by the Twisters crew, which left the audience stunned and thoroughly enthralled.