Any festival is of course accompanied by big budget and much anticipated movies. This Pongal was no different, as we all found ourselves scrambling for tickets to sold out shows of the latest Shankar film, “I”. And naturally, like any self-respecting commercial Indian cinema, there has to be that one particular line or phrase thrown out in an important climactic scene and subsequently repeated by every hero, every villain and every other member of the cast, so that when you come out of the movie, that’s about the only thing you can remember. What follows is an annoying effort by many to appear ‘in’ with all current trends by constantly using the same line in every virtual and real life situation possible. We witnessed the annoying “I am waiting” earlier this year, the ridiculous “tune ayiten” and more recently “parakaas” (What does that even mean?). Thus, expect more memes, trolls, Facebook pages and screenshots bearing the phrase “Adhukum mela” in relation to college, projects and assignments, friends and parents, and basically the same scenarios used for every other meme before this. Try not to kill anyone as it reaches its inevitable peak of irritability.

What did you expect to read here? News? 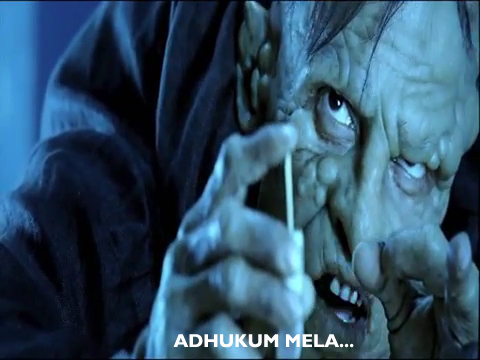