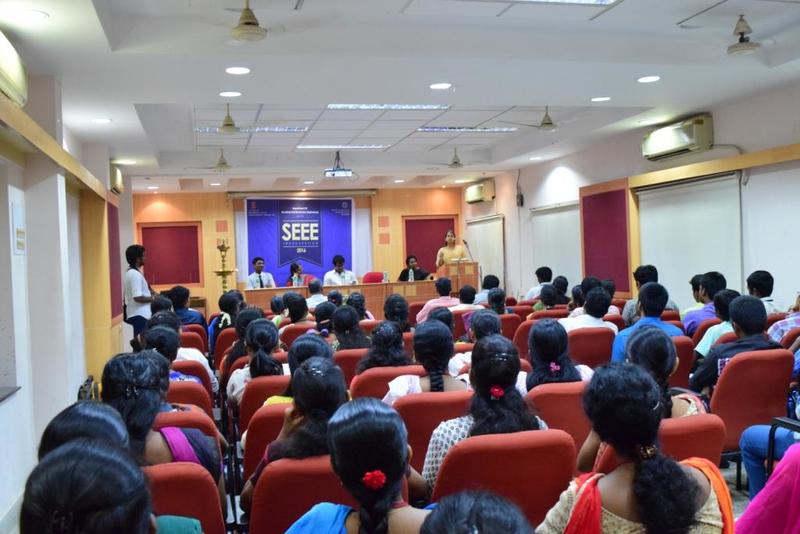 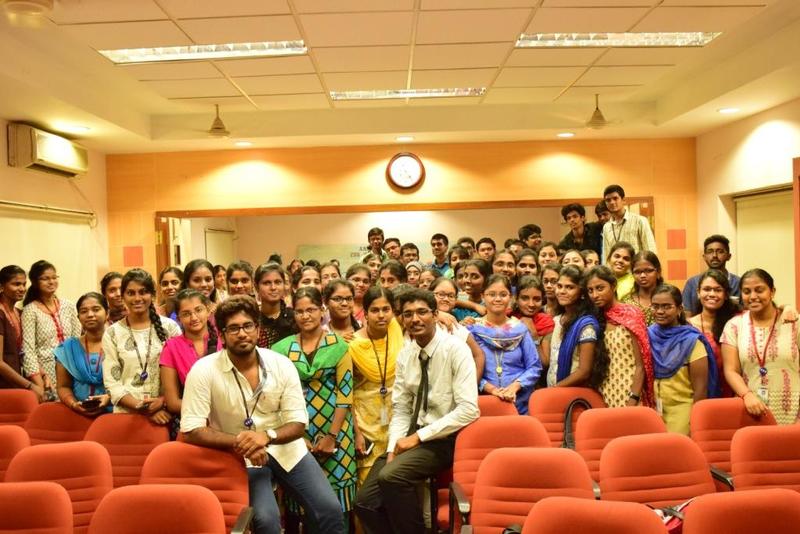 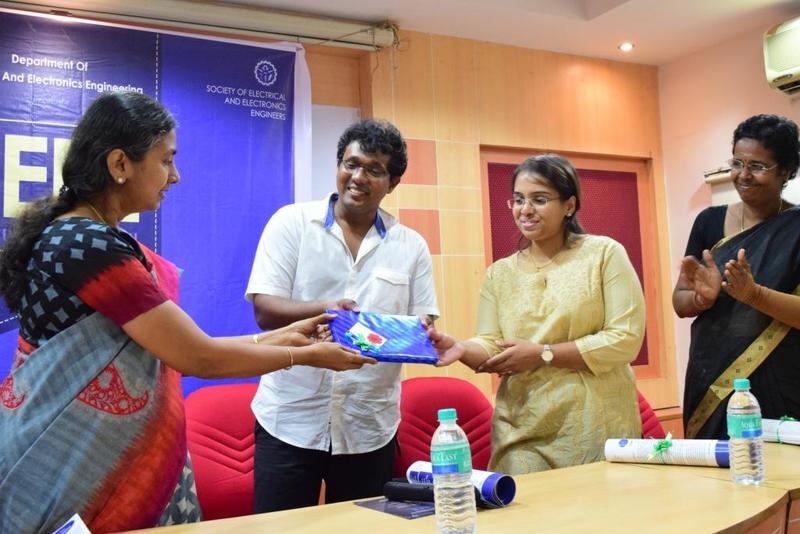 Student societies are a vital part of the college community, fostering a healthy sense of interaction and peer growth. The SEEE, or Society of Electrical and Electronics Engineers, is one such student community which brings together the faculties, students and the alumni of the department.

The Inauguration Ceremony of SEEE for the academic year 2016-2017 took place on 28th July. The President of SEEE, MrKeerthirajan (IV year, EEE) provided an overview for the year on the major events like Waves, Ripples and activities like the Hobbeee Club. The dignitaries, Dr Uma (the HOD) and Dr Uma Maheswari (the Chairman of SEEE) talked about the overhauls in the department its research work.

The most awaited moment arrived when the chief guests of the event, MsSnehaPriya and MrPranavan, founders of SP Robotic Works and Kidobotikz, as well as the alumni of the department began their speeches. They commented on how the students of CEG were lucky to have the freedom to pursue their interests. During their college times, they noted, it helped them to focus on their passions and  they eventually won several robotics competitions. They thanked the robotics club that helped spark their interest, which eventually developed into a career. Additionally, according to them, the primary criteria for a business plan to work is the idea and the team; the funds are secondary. They concluded that they were ready to help with any intuitive ideas from the students.

The event came to a conclusion with the Vote of Thanks presented by Ms. Gomikha (the Vice President of SEEE), which reiterated the commitments made during the event.