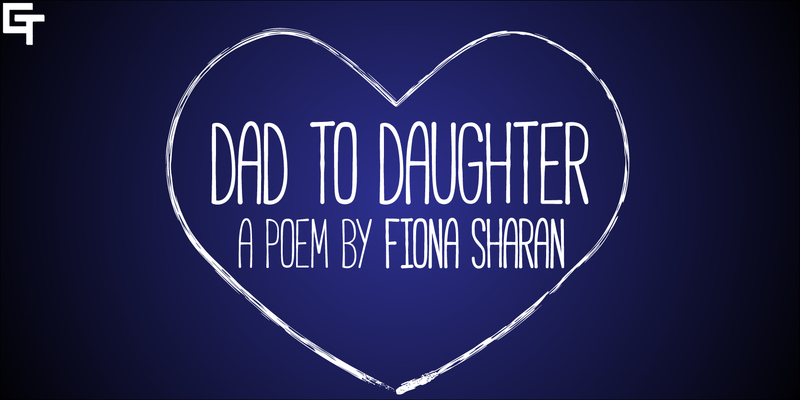 Walking through those doors now,

It never felt the same anymore.

There was no more noise,

No one to call out to,

No one to call him Dad.

He had given his only daughter

To the most worthy man

He had found for her, himself.

He never cried as hard as he did, when she left.

Not even when his wife died,

Had he felt this emptiness.

Instead, he had found a reason to live -

But now there’s no more laughter.

All the pictures on the wall still hung there,

To remind him of the cute little girl she was.

He raised her all by himself

Never let her miss her mother.

But now she was all grown up,

She made a just as beautiful bride.

Oh! How he wished she had not grown up this fast!

Every now and then,

He’d hear her calling out to him.

Oh! How he wished she was here.

How he wished this didn’t hurt.

Never had he known how loneliness tasted.

How he wished he could go back in time.

And how he wished she knew!

Tagged in : My space, Fiona Sharon,