We all know that the human-machine interface is being developed every day. Leading tech companies like Google, Amazon and Microsoft are competing with each other to create a personal assistant just like the fictional, yet popular 'Jarvis'.

In the movie ‘Iron Man’, Tony Stark (aka) Iron Man has seamless conversations with his AI assistant-Jarvis and it understands the language and context in which Mr. Stark speaks. Jarvis is connected to all the devices in his house and hence Stark can control all his devices using just his voice.

But such AI assistants are voice controlled, due to which they have the following disadvantages:

• Conversations with the AI assistants are not private and discreet. They are broadcasted to the surrounding environment and hence they can always be overheard.

(Mr. Stark lived alone and so he didn’t have that problem)

•    The AI assistants can always eavesdrop on conversations because these personal assistant devices are active 24x7 and not just when we give them their wake-up commands.

•    Also, there is the problem of proximity. If we are closer to the device then the commands will be interpreted better. If we are farther away, there is always room for misunderstood commands.

So, a viable solution for these problems will be to interact with these AI-powered devices with the “inner voice” and having the device with us wherever we go.

Although this sounds bizarre, the engineers at Massachusetts Institute of Technology have done just that. They have developed what they call 'AlterEgo'.  AlterEgo is a wearable silent speech device which uses NUI. It allows the user to provide input without any form of explicit muscle movements. It detects the neuromuscular signals, analyses them and provides the required output.

NUI stands for Natural User Interface. This interface is effectively invisible. Humans can interact and control the devices through their bodies by virtue of hand movements or speech.

How does AlterEgo work?

AlterEgo is a wearable headset which has seven electrodes which act as sensors. These electrodes are located around the laryngeal region (throat region). It also has bone conduction headphones which facilitate two-way communication.

We all know that the signals from the brain reach different parts of the body as electric impulses. The junction between two neurons is known as a synapse. The propagation of the nerve impulse through the synapse causes the release of acetylcholine (one of many neurotransmitters), which in turn releases sodium ions thereby creating a potential difference. This potential difference is sensed by the electrodes. It is amplified and measured. This data is compared with the pre-trained dataset (using ML and AI) and the particular word we are trying to communicate is identified by the device. It then performs the required function.

Two-way communication means that we can also receive information from AlterEgo through the bone conduction headphones. These headphones rather than transmitting sound waves into the ear are placed above our ear and transmit the vibrations through the bone, into the auditory canal and are interpreted by our human brain.

How do we interact with AlterEgo?

The AlterEgo model has been trained on certain words and their corresponding neuromuscular signals. We need to talk with ourselves in order to communicate with AlterEgo. The neuromuscular signal which is given as the input is transmitted to a computing device through Bluetooth and is analysed. It can also be used in IoT applications.

For example, if you think of a question, say, ‘what is 15 times 3546?’, then AlterEgo will understand the question and give you the answer through the bone conduction speakers in the form of vibrations, which will be understood by the brain.

What are the benefits of AlterEgo?

AlterEgo is non-invasive. It captures signals from the user’s skin and hence it will be relatively easy to convince people to use it. It is portable. It does not require any explicit muscle movements or speech. Hence, it provides the much-needed privacy because it has a silent user interface. Moreover, its speech recognition systems are on par with the other state of the art algorithms and systems, though its vocabulary is much lesser. It has a speech recognition accuracy of 92% which is the highest among the other NUI devices.

It can also be used by disabled people, as it is controlled by their thoughts. It can also serve as a replacement for the physical assistants like Siri and Alexa.

So, is AlterEgo going to be the greatest invention yet?

AlterEgo is still in its developmental stage. Hence, we can’t establish its pros and cons easily. Whether AlterEgo it is going to be a great invention or not, is going to be secondary. It has succeeded in its primary aim of creating an easy to use NUI and also integrating the power of Artificial Intelligence with the power of the human brain. 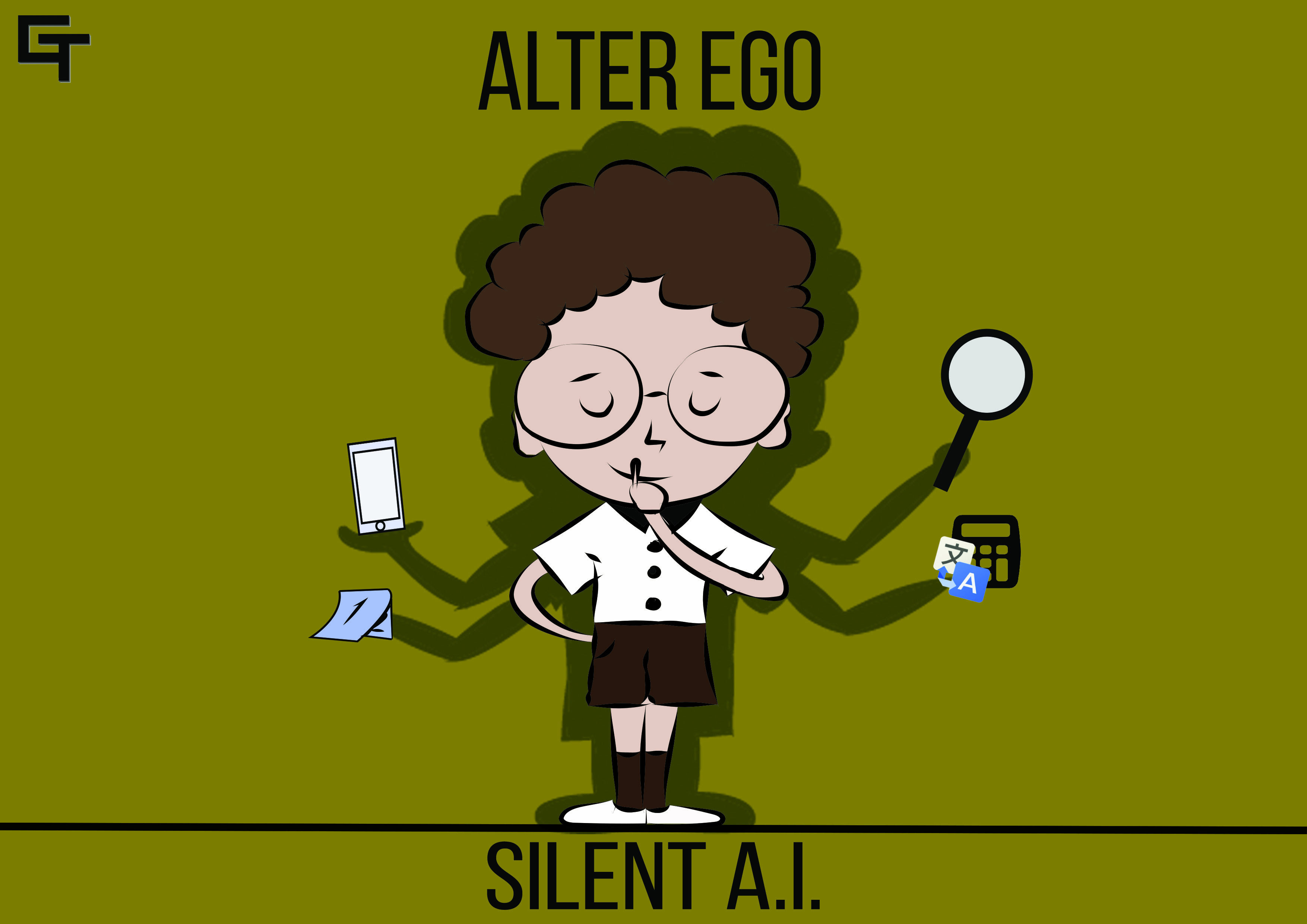 Tagged in : My space, Ishwarya S,