I stood motionless unable to mouth a word as I saw the news of Dr. Stephen Hawking’s death in the morning. There was a strange feeling of emptiness within me, a feeling that told me that the man whom I had looked up to since childhood had left a void in the world. There are people in the world who you consider special beings on Earth. For me, it was Professor Hawking. I still remember clutching a copy of ‘A Brief History of Time’ close to my heart 7 years ago as I looked up in awe at the stars and mysteries of the infinite universe. 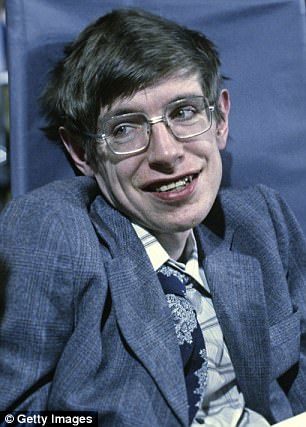 Dr. Stephen Hawking held the most prestigious position in Harvard, the Lucasian chair for Mathematics, which was once held by Sir Isaac Newton. Diagnosed with Motor Neuron Disease or Amyotrophic Lateral Sclerosis (ALS) at the age of 21, doctors gave him a period of 2 years to live.  Though Hawking was initially shocked at the discovery, he later went onto to defeat fate and live for another 56 years, conquering the universe beyond known boundaries in the process. Losing his voice due to pneumonia, Dr. Hawking eventually had to undergo Tracheotomy. However, that didn’t slow him down. Dr. Hawking was aided with a computer that read out words using his eye and cheek muscle movements and he began to work at a faster pace exploring the infinite boundaries of the Universe.

Dr. Hawking said that he had no hurry to die as he had a lot to achieve. His contributions to the field of Astrophysics and Cosmology is so immense that the whole model of the Universe as it is now wouldn’t have come into existence if not for him. Hawking radiation was one of his major scientific breakthroughs in which he proved that black holes evaporated in the form of Hawking radiation contradicting and disproving many of the previous theories regarding black holes. Moreover, using Einstein’s Theory of Relativity, he gave a mathematical proof stating that the whole universe had begun from a singularity. ‘A brief History of Time’, written by Dr. Hawking, is regarded as one of the greatest books on cosmology and the book provides deep insights into the whole universe starting from the Big Bang to exploring the possibilities of time travel in the near future. His ultimate vision for physics was to provide the ‘Theory of everything’, a grand design for the universe that combined every single aspect of classical and quantum mechanics describing the entire structure of the universe. Formerly, he had recently launched a campaign for the search of extra-terrestrial life and outer space travel as Dr. Hawking had always warned that humans might perish any moment and that they were in imminent danger from Artificial Intelligence or viruses that could wipe out the whole population. Dr. Stephen Hawking is now free of all his physical constraints and has escaped into the ultimate void to explore the cosmic beauty that remains alien. We, the future technologists and scientists, will always look upon him as an inspiration and build a better future for humanity.

~~~There should be no boundaries to human endeavour. However bad life may seem there is always hope ~~~