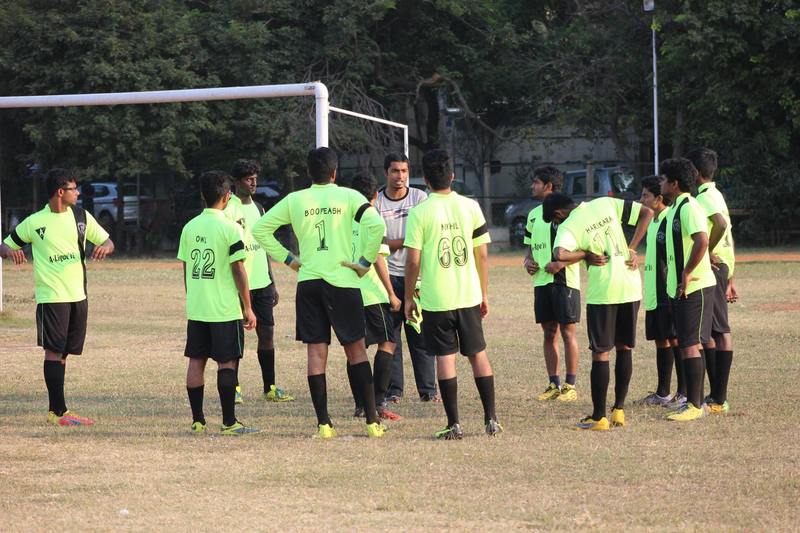 The A-Ligue tournament is a football tournament held every year in Anna University, organized mainly by the third and fourth years with a little help from the second years. The A-Ligue takes place in every even semester and abides by all the official rules and regulations of an actual football league. There are basically five teams which take part in the tourney and they are: - The Faking Phantoms, the Juggling Giants, the Dribbling Demons, the Netbusters and the Soccer Hooligans. The players for these teams comprise of students both currently studying in college and those who have passed out.

Each team owner is given an initial amount of money and with that limited amount, the team owner bids for each player available and sets his team. The main aim of this tournament is to bring out the hidden talents in the first years and also to build essential senior-junior bonds. This years A-Ligue tournament was inaugurated by our sports board chairman, Prof.Dr.S.Selladurai by kicking the first goal of the tournament. He spoke encouragingly saying that this was truly an amazing initiative by the seniors and that the juniors should actively participate in the tournament and uphold the football standards set by the CEG and ACT seniors.On behalf of the Guindy Times, I would like to congratulate the footballers of Anna University and wish them more and more success in their future endeavours.