1. Chill in the Maggi station 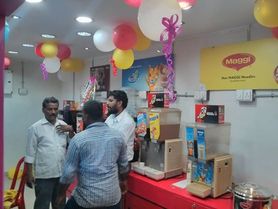 The Maggi station which recently opened in the Knowledge park building is fast becoming one of the best spots to hangout in the campus. They have so many goodies to offer. Their menu includes cold coffee, hot chocolate and a wide range of sandwiches and Maggi, of course! Being located in the Knowledge Park building itself, it is very convenient to bunk a lecture and hangout here. Whether you want to grab a quick snack, or get cosy with your girlfriend or just sit and chat with friends, the Maggi station is the place for you to go!

In the corridors of the knowledge park, you will find these peculiar pipes which for some weird reason have taps attached to them. Open these taps and voila! You have got yourself a mini waterfall. It is ironic that these taps actually work given that the taps in our restroom don’t work most of the time. Wouldn’t it be funny if you open the tap when someone is standing directly beneath it? You will never know until you try. P.S. Please don’t waste water and don’t get yourself into any sort of trouble! And if you do get into trouble, you did not get the idea from this article.

3. Give attendance proxy for your friends

Every class surely has a bunch of people who lack attendance and come the end of the semester they would be scampering around for ODs and medical certificates. Do a nice deed for these “outstanding students” by giving them proxy. The idea is pretty simple- all you have to do is say present ma’am or sir when your friend’s roll numberis called out. The key while giving proxy is to be confident and showing no hesitation whatsoever. As you get better and better at doing this, slowly increase the number of friends for whom you give proxy. If you are able to give multiple proxies for consecutive roll numbers and for both boys and girls, then you my friend, are a legend.

4. Interact with the various wildlife around the campus 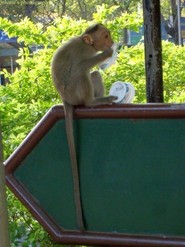 Animals are prevalent all around the campus. Cats and dogs roam around the campus freely and sometimes they even wander into classrooms during lectures to take a quick nap! Most of them are quite friendly especially if you have any food to offer. Monkeys on the other hand are a bunch of scheming rascals. They are notorious for stalking unsuspecting engineers outside the coffee hut and snatching their food. Some of them seem to have developed a taste for chips and biscuits which they wash down with a bottle of an energy drink. Jokes apart, they are amusing little creatures and it is always fun watching them create a ruckus!

5. Sleep in the library

The University library is home to thousands of books across diverse topics, right from engineering to literature. More importantly, it has air conditioned “reading rooms." Do you have to write your observation/record? Or do you have to complete some assignment that is due today? Or maybe just catch up on some sleep? Head to the university library!

Have you tried out these things? Share your experiences with us!