It is 4:00 A.M in the morning, I twist and turn my body hoping to finally find a position I can fall asleep in. Recently, I came across an anonymous post on the confessions page of my college that completely disturbed me, costing me my sleep. It was about a depressed student who was contemplating suicide and it had a reference to 13 Reasons Why. This exhumed all the thoughts I had managed to bury after watching the Netflix hit. For those of you who haven't watched it yet, it begins with Clay, the protagonist mysteriously receiving a box of 13 cassette tapes from Hannah, his classmate and crush who had killed herself a few weeks earlier. Each cassette and each of the show's episodes reveal the people who had given her a reason to do what she did. Though it might sound like a straightforward drama of her fate, it’s been interestingly presented like a mystery series with the flashbacks.

For some reason, I couldn't watch more than 2 episodes in one go and this is nothing like me, a usual pop culture geek who considers it a disgrace to spend more than 2 days for a miniseries. It was probably because of the fact that it made me go back to my school days. I wasn't essentially placing myself in Hannah Baker's position or anything, but some part of me connected to it. There were the obvious differences, like the fact that it was set in America, where they had prom and I was in India, where all we had were lousy farewells. While we had to sit back and mercy cheer the seldom impressive programs put up by our juniors, kids in the US picked out partners, wore matching dresses and danced their last days of schooling into memories they can cherish forever. But the teenage angst remains the same. The loneliness, the unrequited crush, the aimlessness and the high school labelling or groupism were certainly aspects every teenager can relate to. 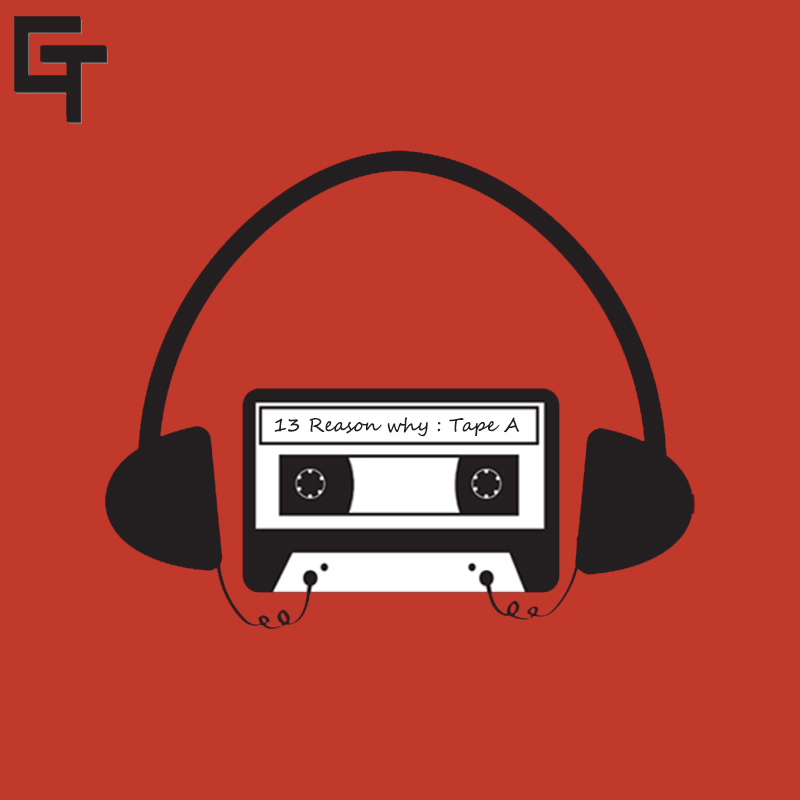 My favourite tape was when she tries to use summer vacation as a reset button to clean up all the mess in her life. Her struggle to create a new version of herself and better her image in front of her peers is something I witnessed personally. However, I wasn't determined enough like Hannah to work on myself seriously, and add to it all the distractions the vacations brought and not to mention the fact that we always had assignments piled up to do (yes, my school gave us holiday assignments and even went a step ahead by sending a letter to our parents about how to treat us during the vacation period). These aspects warmed me up and made me like the show, but the nice aspects end here.

There are certain things that I just couldn't accept. What's with the “Boys are assholes, but girls are evil!” line that Hannah Baker uses to describe a certain female friend of hers? It's ironic how the show addresses the issue of slut shaming (a type of labelling), but the generalised label is used aplenty to describe characters in the show.

Don't even get me started on how this show has made suicide look like a perfect way to avenge those who've wronged you. I kept waiting for the show to stigmatise suicide through its 13 episodes run and at the end, I was left with utter disappointment. I also wonder if the mentally arresting sequence of her carrying out the suicide was in a way romanticising it.

Now that the show has been renewed for a 2nd season, I hope that at least this time they portray suicide in the most negative manner possible, for suicide is never a solution. Change is constant and no matter what you are going through, things will get better. Today, you might be thinking that suicide is the only solution, but you never know. You might look back one day when you have succeeded in your career and are wondering what to name the new life you are going to bring into this world, when you may recall how stupid you were to have even had these thoughts. If things don't go according to your plans, it is only for you to follow a better direction. I hope that in the future, I can call myself a fan of the show. But for now, it's just a guilty pleasure.

Tagged in : My space, Saravanan Parthasaarathy,