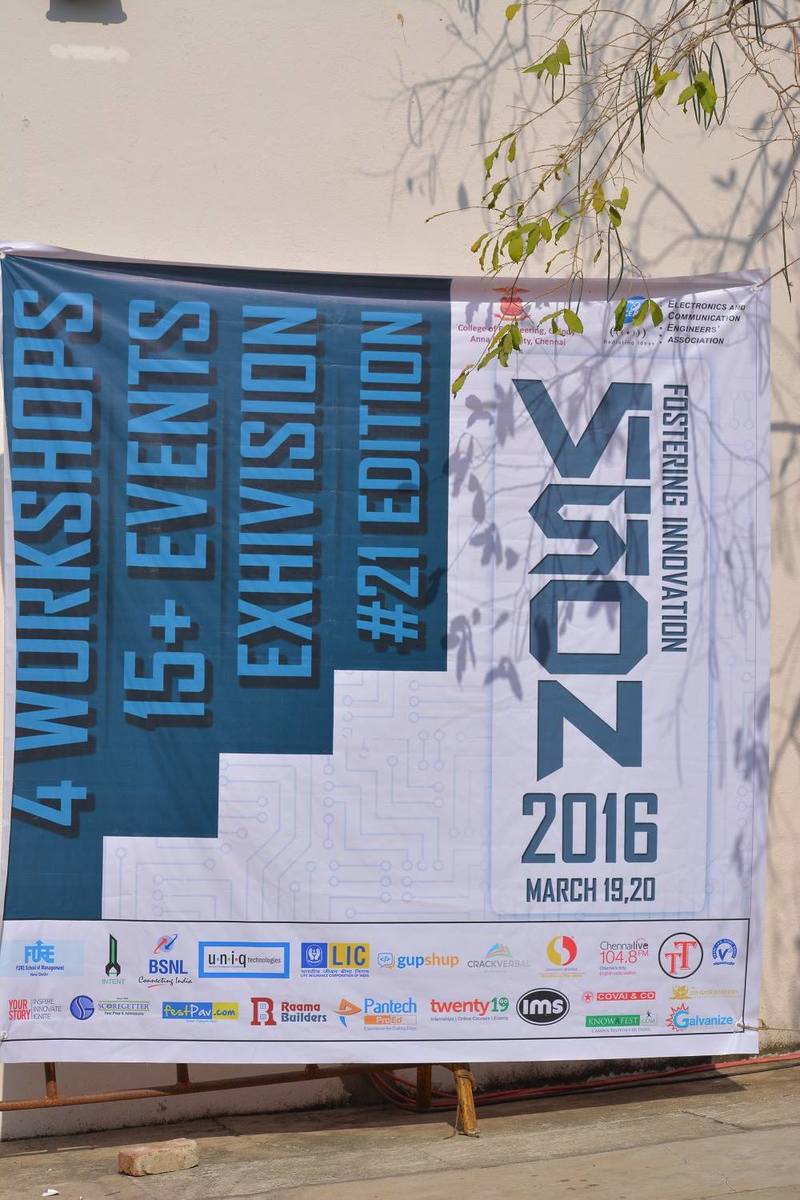 Talent is hidden everywhere and providing a platform to enlighten it is not just necessary but essential. The technical symposium ‘VISION 2016’ hosted by the Department of Electronics and Communication Engineering of College of Engineering Guindy, Chennai, was held on Saturday and Sunday, the 19th and 20th of March 2016 and handled by ECEA (Electronics and Communication Engineering Association) to provide one such platform for ECE students from across the nation. The website for the symposium was launched on 29th Febraury‘16 with the online registrations closing on 18th March ’16 (for online events and workshop registrations). Participants belonging to over 40 colleges and 1000s of pre-entries from all over the state were received. The following report seeks to summarize the main highlights of the Symposium and some of its key outcomes.

Stepping into the 21st successful edition, on 19th March, 2016, the Symposium was inaugurated at CEG TAG Auditorium of College of Engineering Guindy Campus, Anna University. To provide a positive direction to the Symposium, Kuthuvilakku (lamp) was lightened first and foremost. The Symposium was officially opened with a welcoming speech by one of the ECE students. Following the welcoming remarks, ECE HoD Dr. Muttan, in his speech highlighted the importance and objectives of any technical symposium. He also emphasized the current crisis of Engineering in the society and added some great words about the chief guest.  He stressed upon the importance of participating in such symposiums and wished every participant a success. Followed him, Mr. N. Chandrabose, President of ECEA took the honour of briefing the gathering with the profile of the Chief Guest, Mr.J.Govindaswamy, and welcomed the Chief Guest to give the inaugural address. Mr.J.Govindaswamy, General Manager-Incharge, Power Plant Piping Unit & Piping Centre, BHEL, shared his views on the role of Electrical & Communication Engineers for the overall development of the Industry. He also shared his experiences as a student in CEG. He extended his best wishes to student participants and the department for present and future endeavours.  The participants dispersed to their respective venues, the agenda was to make students understand the nuances of planning and organizing events and give them practical exposure to complement their academics.

Some of the following are the key events that were organized as part of the symposium: Alcatraz, How stuff works?, Tech-Treasure Hunt, Amplitone, Enigma, Equal To, Matrimaze. 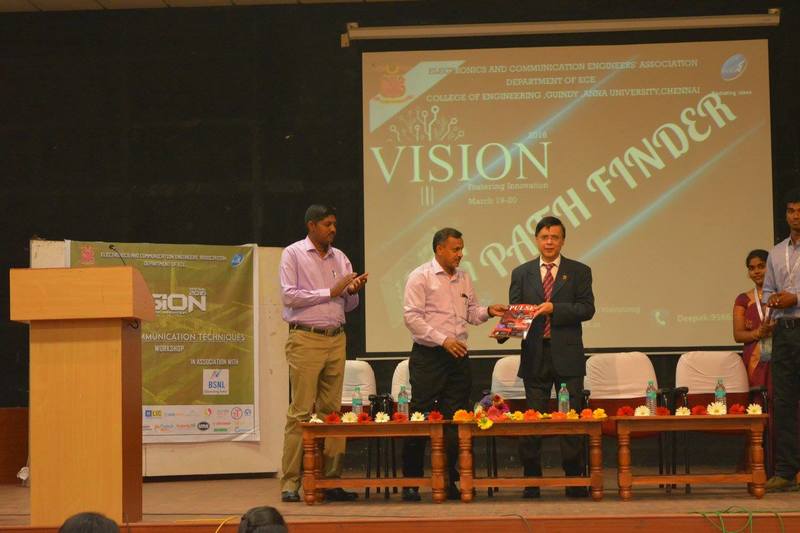 This symposium witnessed the participation in over 20 events (general, technical, non-technical, online, management, robotics) that tested their wits and abilities with cash prize for the winners. Some of the following are the key events that were organized as part of the symposium: Alcatraz, How stuff works?, Tech-Treasure Hunt, Amplitone, Enigma, Equal To, Matrimaze. These events showcased the bright new ideas of budding engineers and their future contributions to the world of technology. Apart from events, workshops witnessed a huge participation crowd from in and around Chennai. The four workshops organised are as follows: Image Processing Workshop, Brain Computer Interface Workshop, Wireless Communication Techniques Workshop and CAN SAT- Satellite Building Workshop. In addition to Events and Workshops, two guest lectures were also arranged. 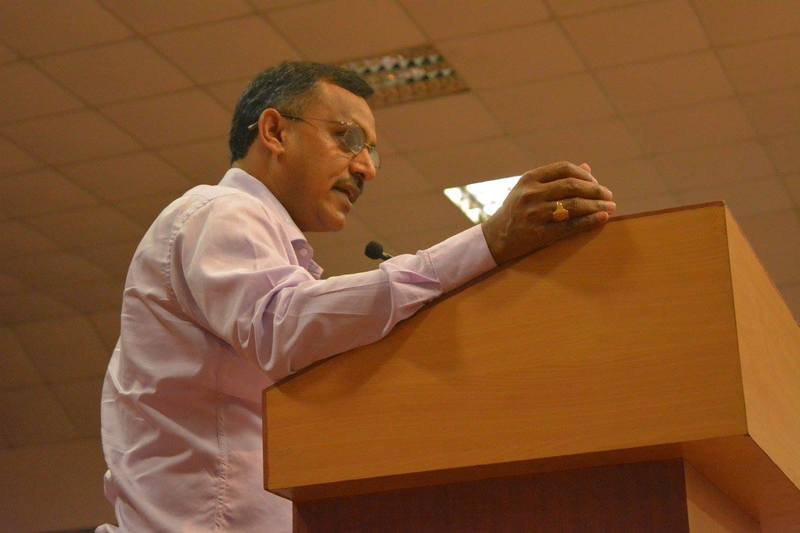 The 21st edition of the National Level Technical Symposium ended with the winners of all the competitions being felicitated with awards and certificates followed by the vote of thanks directed to the Administration for their support, Head of the Department, faculty members, students of ECE, CEG and the participants. The Chief Guest for the valediction function was Mr.S.Johnson, Regional Manager (CC), South Zone, LIC. To conclude with, the events not only piqued the interest of every individual present, but also left them riveted. The symposium provided the students a rostrum for innovation and the fortitude to think critically, plan, execute and achieve.