On the 9th of September, Vivekananda Auditorium was decked up with lights and flowers for an extravagant cultural fiesta to celebrate the 70th year of Independence and the 75th anniversary of the Quit India Movement. The programme titled 'Yeh India Ka Time Hai' was organised by the Students Association and Arts Society of CEG in collaboration with the National Film Development Corporation of India. This programme was conducted in 75 colleges across the nation to mark the New India 2022 movement initiated by our Prime Minister, Shri Narendra Modi. The hall was filled with the enthusiastic young minds of Anna University, each with their own dreams and expectations for New India 2022.

The programme began with the welcome address by Dr S. Swamynathan, Student Advisor, CEG, who told students that one must inculcate the knowledge about our country’s history, legacy and heritage to appreciate the true value of Independence. This was followed by a speech by the Literary Club President, Mariam Jamilah, who elaborated on the goals and visions for New India 2022. 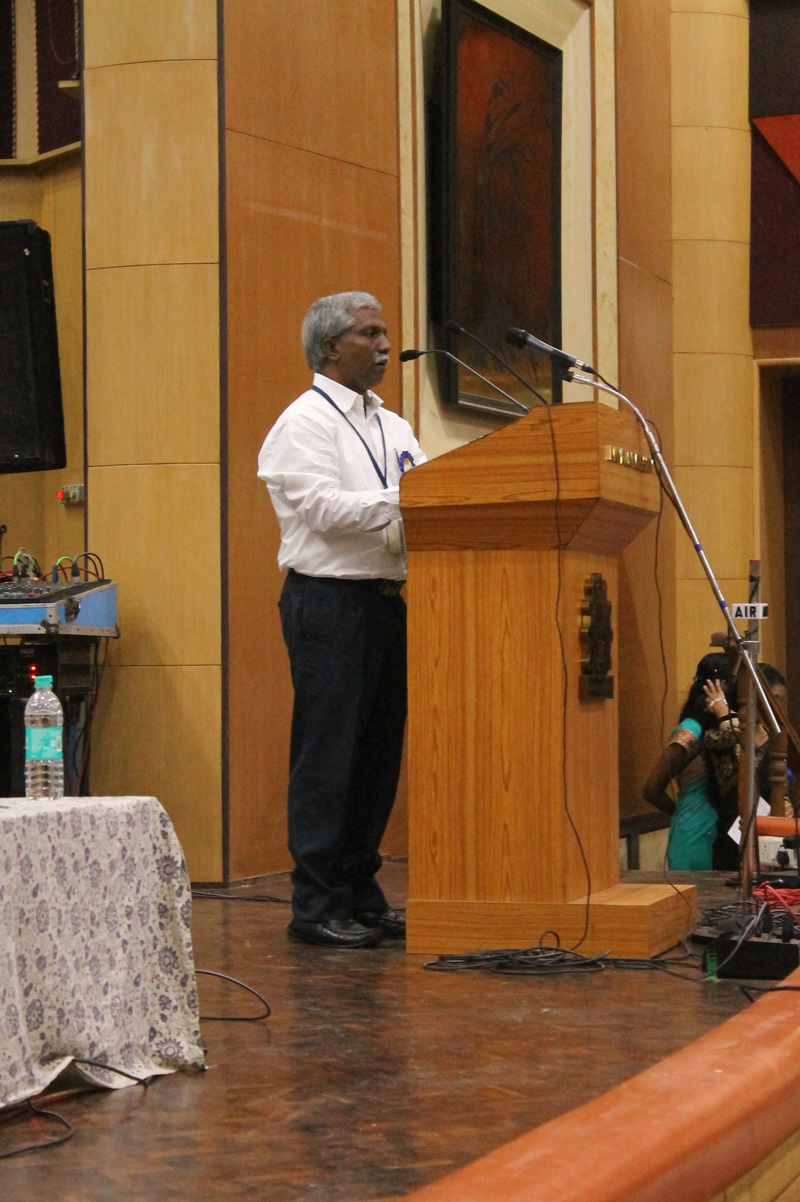 The Dean of CEG, Dr T. V. Geetha appreciated the students’ inquisitiveness during the Indian Vice President’s visit to the college. She was pleased with the thought provoking questions put forth by our students to the Vice President, Dr. Venkaiah Nadu. She also felt that India was no longer a developing country. She encouraged the students to give wings to their imagination and take risks. She emphasised that we must have confidence and faith in our thoughts and ideas regardless of what people say. She concluded her speech by mentioning her goals for our college which she hopes to achieve by 2019, which marks the double celebration of the 225th year of establishment of the Engineering College and the 100th year of College of Engineering, Guindy. 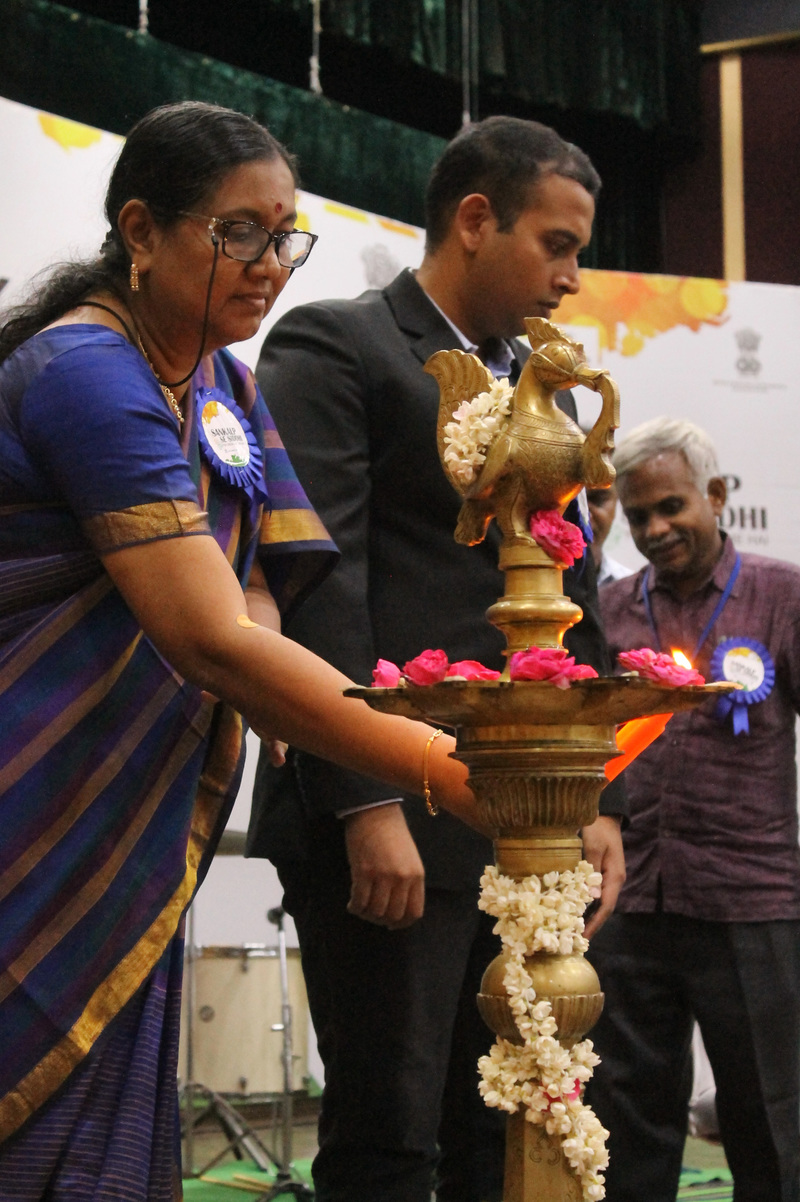 The man of the hour, Mr. Rohit Nathan, IPS, and a CEG Alumnus took to the stage to deliver the much-awaited speech amidst cheers and claps. He started off by saying “I am not here today as an IPS officer but instead as your Annan to share my experiences and to provide guidance.” He told the students that the experiences and values he gained back then helped him become the man he is today.

He then posed some questions about the definition of freedom and independence to the audience and made them realise how much more they deserved and how much they actually got. He said that one must introspect and fight for their thoughts, ideas and goals. “Take risks and break open from that shell of inhibitions and insecurities. Only then can you achieve great heights. Pain is inevitable but suffering is an option. Only the test of fire will yield fine steel” he quoted. Learn to question and be strong, was his motto. His thoughts sparked a fire in the minds of all those gathered.

Next, the Registrar of Anna University, Dr S. Ganesan gave a short talk making the students realise that freedom did not come easy and we must learn to value those whose sweat and blood got us this freedom. He listed out the achievements of our nation, infusing a sense of pride and responsibility in the students.

Then, Dr Hariharan, Head of Manufacturing Department and Executive Warden read out the pledge for New India Movement 2017-2022.

K. Santosh from the second year of Computer Science Department delivered a powerful speech on Women Empowerment that left the crowd spell bound. This talk was followed by cultural events which were performed by the various clubs of CEG. Three speakers from Mathavam club gave thought-provoking talks on various social issues affecting our country. Then, Theatron presented a play on Unity in Diversity in India.

This was followed by an interactive session conducted by RJ Ranjith from Suriyan FM, where the students spoke about their thoughts, opinions and expectations from New India 2022.

The event ended on a musical note with a performance by a Rock Band, H2O from Pondicherry. The band’s performance symbolised the amalgamation of the past and the present.

The evening was indeed inspiring for all the students and instilled a new sense of pride and responsibility for their nation Mother India. Jai Hind! 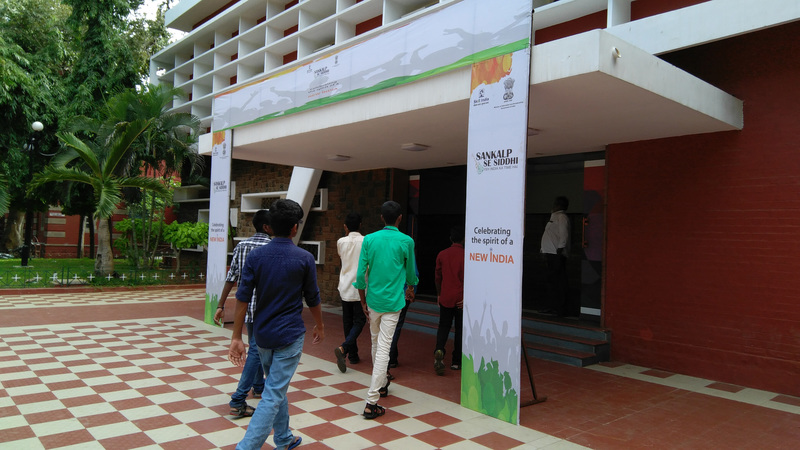