Arignar Anna told us to vision God in a poor man’s smile. Yet, on the 15th of October, it was the cherubic faces of young children that gave us a glimpse of heaven.

Thulir, an annual cultural programme hosted by the Leo Club of CEG was conducted exclusively for the students of the Surya Nagar slum area.

Even before the cultural began, excited students began arriving at the venue, Colin Mackenzie Hall, well over an hour in advance. The day's events included music, dance, dumb -charades, a lemon-in-the-spoon race, and balloon-bursting. For the students, the day was a very special one, much unlike any other. This was their stage after all. There was no motivation needed as each student participated enthusiastically, singing and dancing to their  heart’s content. 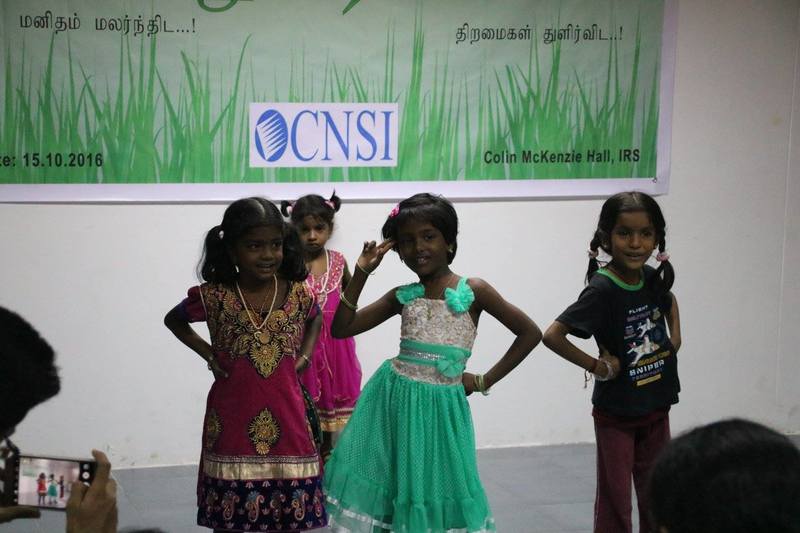 The Chief Guest for the day was poet, novelist, feminist and social activist Salma. Her story is an inspiration for everyone. Circumstances had forced her to quit her education at the age of 13. Belonging to an orthodox family, her dreams were thought of as a bridge too far and were never encouraged. Yet, against all odds, she learnt to read and write. Today, her work has been translated into several languages. A documentary, ‘Salma’, by British filmmaker Kim Longinotto, was also premiered at the Sundance Film Festival in Utah,USA.

She greeted the crowd and admitted that she initially had her reservations about attending the event, but changed her mind on learning more about ‘Thulir’. She said that the most important aspect of a student body was their participation in the society. She also added that education was the most powerful tool for change.  Remembering the birthday of Dr.APJ.Abdul Kalam, she recalled her encounter with him on two occasions. In 2005, Dr. Kalam had read about her social work and wished to meet her. Though being a very senior and powerful person, he was keen on interacting with her, a humble Panchayat leader. She urged the students to dream big, similar to how Dr. Kalam encouraged our country's youth. She concluded her speech by speaking about how education ought to be a primary right for everyone, and a vision to eradicate poverty.

The prize distribution ceremony was conducted later that evening with great enthusiasm and fervour.The staff advisor of Leo club, Dr. Vanaja Ranjan, presided over the event and spoke a few words on the importance of hard work through an interesting story about the honeybees in a forest.

The volunteers of Leo club, who worked tirelessly to make the event a success, were rewarded with smiles and squeals of joy from the participants. After all, the happiness of the participants was a sign that their efforts had touched lives.