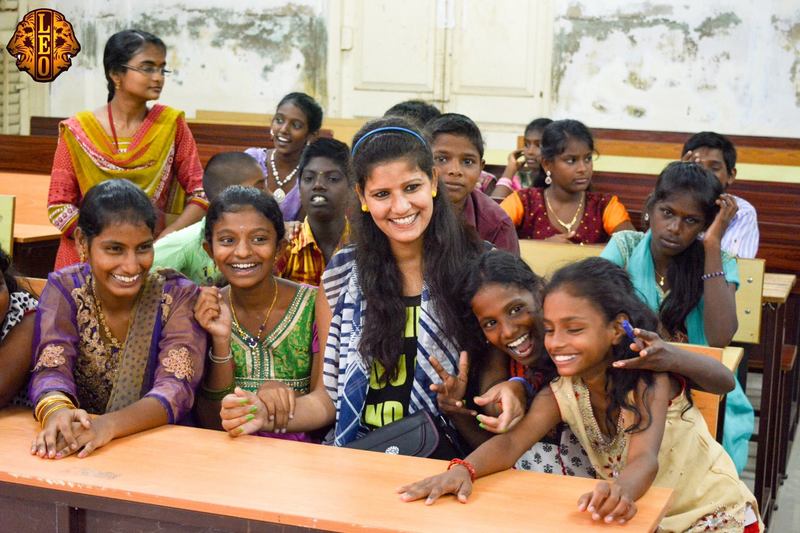 It was a Sunday and I wasn’t really enthusiastic about covering up an event on a holiday. I dragged myself to the venue where Thulir ‘15 was happening with no sign of excitement on my face. But least did I know that what awaited behind those auditorium doors would change my mind about the event in less than seconds!

Thulir is an annual event conducted by The Leo Club of CEG for underprivileged school children.

Thulir is an annual event conducted by The Leo Club of CEG for underprivileged school children. The main motive of this event was to make this day the best day ever for those kids. And I can very well say that they accomplished their mission. Hats off, Leo Club! It was evident, seeing those delicate faces gleaming with joy, hopping around everywhere with never-ending energy and enthusiasm. The event took place on 27th September and the venue was filled with around sixty children.

The event kick-started with a number of fun-filled activities which gave the kids a chance to showcase their talents. They fiddled with balloons, cups , pencils and even gobbled up buns to win a contest! And even if they couldn’t win, they never felt deterred. They were sportive enough to lend copious support and encouragement to their mates who won fair and square. In the post-lunch session, the kids took the stage to flaunt their singing and dancing skills. I must say, they had so much swag, I admired each and every one of them with a giant grin on my face.

The event kick-started with a number of fun-filled activities which gave the kids a chance to showcase their talents. They fiddled with balloons, cups , pencils and even gobbled up buns to win a contest!

Later on, Chief Guest, speaker Mr. P. Manikandan, gave a very thought-provoking motivational speech, with timely anecdotes sandwiched in between to make sure no one fell asleep! He also mentioned that he was happy to see active youth indulging in activities to make a child’s day special. He emphasized on the saying “A stitch in time saves nine.” and appreciated the club for doing something like this in the right time. He also told the children that parents and teachers are synonymous to God and they must never forget all the sacrifices they have done to bring upon a smile on their faces. That heart-warming speech changed my perception of things.

Other Chief Guests who came for this event were Mr. Bavani Shankar, Lions Club of South Madras Project Committee Chairman and Mr. Thiyageshwaran, district chairperson of the Lions Club. The event was sponsored by CNSI .

The team behind the event.