An interactive session by Volkswagen Motorsports India was organised by the Society of Mechanical Engineers (SME) on 16th August (Tuesday). The session, which was scheduled at 3 pm at the Henry Maudslay Hall of the Department of Mechanical Engineering, started with the Head of the Department Dr. B. Mohan welcoming the guests, Mr. Mahesh Menon, Assistant Manager - Technical, Mr. Agnivesh Garg, Senior Marketing officer and Mr. Shreyas, a team racer.

The session at its onset was accelerated with an introduction video to Volkswagen Motorsports by Mr. Agnivesh Garg, showcasing the various motorsports championships and racing rally championships they had organised in previous years. In his words, “To achieve the standard Volkswagen has currently reached and to continue its legacy, it takes time, patience and hard work.” 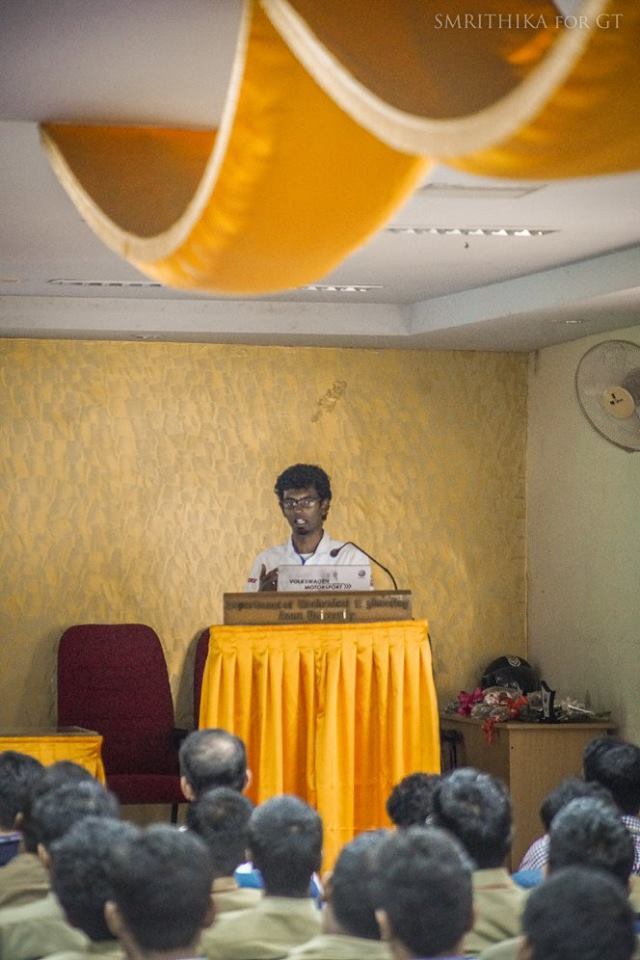 The session was then handled by Mr. Mahesh Menon, who holds double M.S. degrees – one in Motorsports Engineering and another in Automotive Engineering. Starting off, he expressed, “To be a successful motorsports engineer, it is necessary to be versatile and skilled in technical knowledge, practical ability to build a car, marketing and communication.” Then the session continued with the help of a presentation and he reasoned that Bear Bone from the scrap yard was used to test new technologies, know the effect of extreme working conditions and to find the reason for their wear and failures. He then explained to the audience the various parts of a car like the crumple zone, which is the part that absorbs maximum energy from impact, the roll cage, etc. He mentioned that every successful model was created by undergoing a repeated process of designing, building, machining, breaking and remaking all in a cycle.

In order to test the curiosity of the students and to make the session livelier, Mr. Mahesh Menon raised a few questions to the audience, which included, “What is Automotive Transmission?”, “What is ABS (Anti-lock Braking System)?”, and more. When he was confronted by a student who asked him if they would use the same car in a race twice, he replied that cars that are exposed to even slight damages are scrapped as the quality of the product and security of the user are given topmost priority.

When asked what made a successful and accomplished motorsport engineer, he declared with a smile, “You need to forget about your comfort, and work till you get satisfaction. This becomes easier with patience and passion.”

Following this was an open rapid-fire question and answer session, when participants who answered the questions posed by the Volkswagen team got the opportunity to be a part of their pit crew during the race on 21st August, 2016, to be held at the Irungattukkottai Race Track. Furthermore, all the attendees were given free passes to witness the race live. 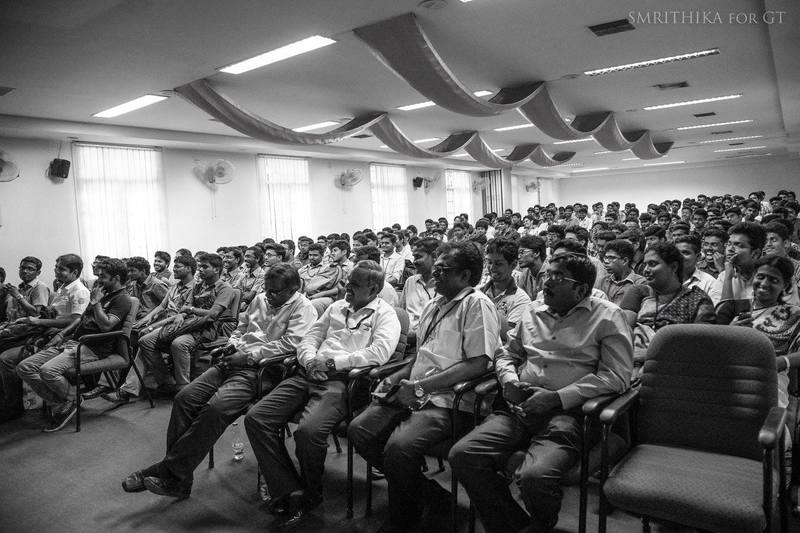 The session came to an end with the Vote of Thanks proposed by Mr. Annamalai, Secretary – QMS, SME, who expressed his sincere gratitude to the VW team and the other faculty members and students. Before the team left, they consented to meet with the crew of CEG Motorsports, the collegiate ATV club, to inspect their vehicle. Mr. Menon, being one of the Technical Inspectors of the SAE Baja event, was able to provide insightful comments on the team’s ATV and the proposed plans for the year. To sum up, this was an evening that ignited the technical aspirations of every budding automotive engineer to push the bar higher and reach new heights.