If you’re a final year student, then the placement madness has already started. You must have already got topics to freshen up on for the mock tests – and very soon, the actual placement tests will begin. One of the best ways to go about this is to talk to people who have already gone through the wringer. The insight they’d be able to provide might prove invaluable to you. A little bit of which I’d like to share with you, courtesy of Shyam Sunder, who graduated from our college last year with a 11.54L offer with Directi.

In case you didn’t know, people with less than 7.5 CGPA and a history of 4 arrears are not normally those that most of the companies that came to our campus allow for their placements. “I ignored placements actually. At least until the 8th sem.” Or Shyam did, until Directi came along. “I decided to give it a shot – it couldn’t hurt.” Directi had 5 rounds. The first was the MCQ round – 50 questions with negative marking. “If you think you know the answer, give it a shot”, Shyam said. “There’s nothing to be gained by being cautious at this stage.” This is followed by a round of machine coding and 3 technical interviews. The interviews focused on a broad understanding of computer architecture, operating systems, distributed systems and computer networks. There were no aptitude tests or group discussions.

“The most important thing to do in an interview is to market yourself”, Shyam said. “Even if you’re not sure about everything, if you can show the interviewers that you have a basic understanding of concepts and a desire to solve problems, then you’re in.” I asked him how he did that – market himself and he said he spoke about what he had done before. Like developing the first android application for Itrix (the inter-college technical symposium for the IT department) or the internship with NIC on cloud deployment – both in his second year. The Amazon internship in his third year was also a major learning experience for him, adapting the popular board game Monopoly to a television-mobile format.

And about the questions they ask in the interviews? “Most companies test people on data structures and algorithms, but depending on your job, you won’t actually use it. But they test you on that because they think a person who is good at that will generally be proficient at other things.”  For instance, in his case, Shyam got placed as a systems engineer – working with scalability, performance, consistency and redundancy of systems.

Most companies also want to get a feel of the candidates they hire. So a very common interview question is ‘where do you see yourself in 5 years?’ “Answer the questions such that they feel you’re going to stay and make an impact”, said Shyam. “It’s only after I joined Directi that I understood how much money these people put into placements! They really want people – good, talented people who have a genuine interest in solving new and uncommon problems. ” 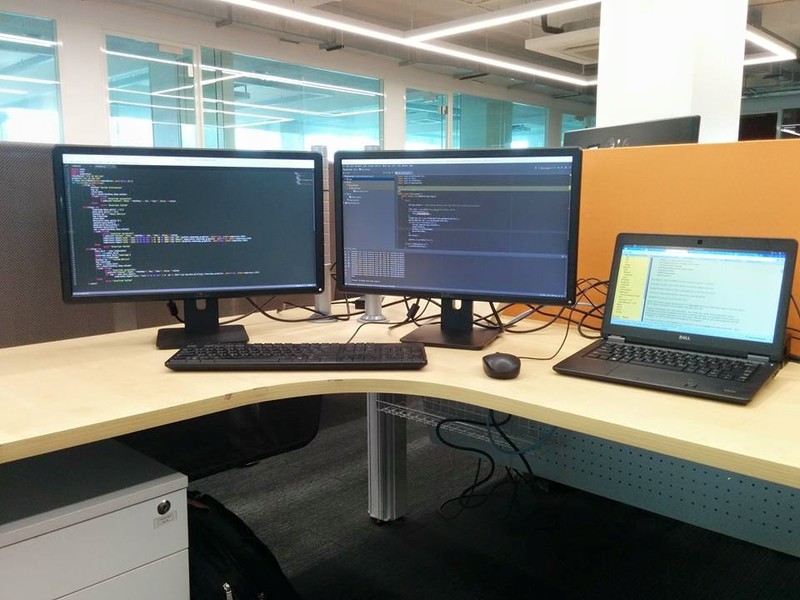 And as for advice for the rest of us – those sitting for placements this year and the years to come? Shyam did say the very basic, “maintain a minimum 7.5 CGPA” but added a lot more to that. “If you have a CGPA of 8 and above, you’re set. If you have arrears, it’s okay. Prepare for them.” On the preparation for placements front, “Your CGPA gets you to the initial round. It’s useless after that. Only your skill matters. Move out of the classroom, take to the internet – learn new things, on your own. And what you study in class, take it from a learning point of view, not an ‘I need to get marks’ one!’”. On the actual placements front, “Do not miss placement tests! Attend as many as you can and do not get disheartened by rejection. I know a lot of people who came all the way to the final round and then didn’t make it – but there is always something else, something better waiting for you. Try not to use luck as an excuse – sure, there may be a luck component somewhere, but it rarely plays any major role in anything!” He went on to stress, “Get feedback from your interviewers. Whoever they are, they’ll have something to tell you, and they’ll be happy to do so!” And finally, “read up on the companies that visit the campus and figure out how you fit in with them. Decide early on what you want and start working towards that. Companies want people that want to solve problems –show them that you want that as well. And most importantly, keep improving yourself.”

The Guindy Times would like to thank Shyam for sparing his time for us and for motivating us to give our best!