The third installment of the Hunger Games series hit the screens on Friday (Nov 28th), and to sum up the movie in a word: disappointing. The story picks up immediately where the second part (Hunger Games Catching Fire) left. The Quarter Quell Games have ended in unprecedented chaos following a huge conspiracy against the Capitol, and the Districts are rising up in rebellion under the inspiration of The Mockingjay. 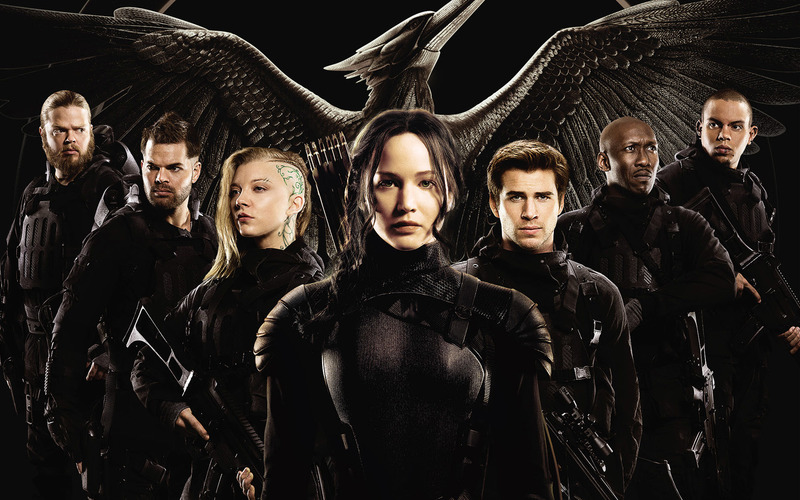 Now, chances are, if you didn’t understand a single word of the previous paragraph, then you will most likely not understand the movie. If you are not familiar with the initial Hunger Games films or the books, you might have a hard time picking things up.

I don’t know why I’m taking it upon myself to explain, but here goes. After a failed Democracy, the country of Panem is a futuristic dystopia, where there are 12 Districts heavily oppressed by the central Capitol. Living conditions in the districts are deplorable and the people are mere slaves in contrast to the extravagance and luxury enjoyed by those in the Capitol. As punishment for a rebellion many years ago, where the 12 districts were defeated and a 13th district was destroyed, each district must offer 2 tributes, a boy and a girl between the ages of 12 and 18 to participate in The Hunger Games, a televised program of the children fighting to death.

Surviving tributes Katniss Everdeen ( Jennifer Lawrence), Finnick Odair (Sam Claflin) along with mentor Haymitch Abernathy (Woody Harrelson) and Gamemaker Plutarch Heavensbee (the late Philip Seymour Hoffman) who admit to masterminding the whole coup against the Capitol find themselves at the supposedly destroyed District 13, a huge underground facility preparing for a larger rebellion under their President Alma Coin ( Julianne Moore). But Katniss is in no state to become the face of the Mockingjay rebellion, due to her severe post-traumatic stress as well as her anger at the fact that fellow tributes Peeta Mallark (Josh Hutcherson), Johanna Mason (Jena Malone) and Annie Cresta were left behind in the arena and subsequently taken hostage by the Capitol.

“It takes ten times as long to put yourself back together as it does to fall apart.”

The entire cast puts up solid performances, particularly Jennifer Lawrence. She proves that she deserves every word of praise, as she gives a gut-wrenching portrayal of Katniss who is obviously in a very dark place. Gayle Hawthorn (Liam Hemsworth) childhood friend of Katniss also gives a commendable performance. Despite the incredibly talented cast including Natalie Dormer, Donald Sutherland, and Elizabeth Banks, there is really nothing for them to do in the movie. 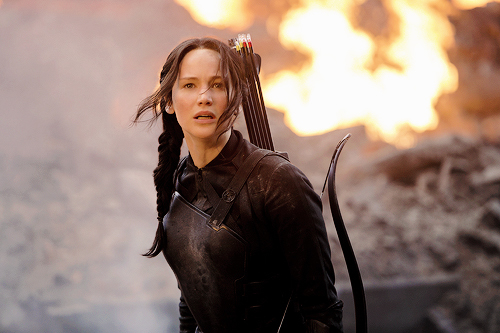 What follows is a lot of dialogue and “propaganda” filming, with very little action. The fact remains that, the book off of which this movie is based doesn’t have much to offer in terms of story. Just because 2 part finales (like Harry Potter and the Deathly Hallows, Twilight Breaking Dawn) were successful, does not mean it will work for every franchise. Trying to split non-existent material to span two films results in a slow pace, and barely any progress in the narrative.

Mockingjay Part 1 could have possibly been salvaged by simply laying more emphasis on the underlying themes that have made its novel counterpart so successful. How we see only what the media shows us, the emotions that spark a movement, the conviction that inspires people to sacrifice their lives for a cause, the ethical ambiguities of a war; these concepts are so incredibly relevant to what’s happening every day, as we’re witnessing protests and civil unrest all over the world! These are basically a gold mine for a movie like the Hunger Games, but this movie half-heartedly skims over it leaving behind a gaping hole and an unsatisfied audience.

Look at this movie as a slow build-up to what should be an explosive climax in Part 2, which will release in November 2015.