It has been over four months since the lockdown was first enforced, and people are still puzzled about everything happening around them and even more so about how the future will be. However, the most pressing question is whether one should believe that these events were predicted thousands of years ago.

Yes, you heard that right. According to Hindu mythology, the events over the past century indicate that we are in a stage called ‘Kali Yuga’ in cycle of life. The Vedas suggest the existence of four Yugas (cycles): Satya, Treta, Dvapara, and Kali. 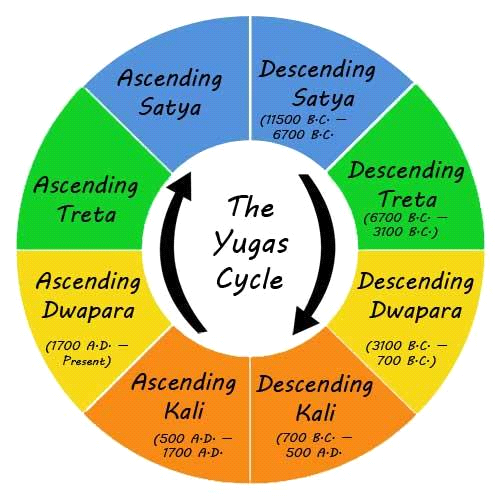 •   The First Cycle (Satya): This yuga is often referred to as the "Age of Truth" where God governed humanity. People were manifestations of truth and pure ideals. It is said to have lasted around 1.728 million years, according to the Vedas. There were no rich, no poor, and no labour - the primary virtue was to abandon all desires. Everyone could attain supreme blessings without hatred, sorrow, or fear.

•   The Second Cycle (Treta): This lasted for about 1.296 million years. During this period, morality stood on three legs, and humans started to act selfishly. The concept of ‘king's rule’ became a part of life, and kingdoms waged war on each other. Despite these negative occurrences, this age brought knowledge about universal magnetism and the forces of nature. And even though there were wars, many people lived according to the norms of the first yuga.

•   The Third Cycle (Dvapara): Dvapara in Sanskrit means "two ahead," indicating that this was the third cycle of life. According to the Vedas, this age lasted for 864 thousand human years. The two main pillars during this cycle were Truthfulness and Compassion. It was during this period that the Mahabharata war took place, and as soon as the battle ended, the fourth cycle of life began.

•   The Fourth Cycle (Kali): As mentioned, Kali Yuga is the final cycle of life. According to various scriptures, this cycle will last for 432 thousand human years. During this age, morality will stand on its only leg. People will not have any of the human traits mentioned in the other three cycles. Everyone will be eyeing for their own peace and benefit. There were specific predictions made for the Kali Yuga, which are as follows:

So, now that we have seen what each Yuga specifies, we can infer that most of these predictions are proving to be quite accurate. However, what needs to be mentioned regardless of all these predictions is that fate isn't something we can change, but the way we use the opportunities given to us to prosper in life matters more. The future seems to remain a mystery, but all we can hope for is that it will bring the greater good with it!