The T+ Run was organised as part of the social initiative of Techofes and it was a tremendous success. With excellent marketing, good planning, a strong turnout and great management, all the elements for such success were already present. The following are a few first-hand accounts from actual participants in the T+ Run.

Navnith Ramakrishnan, a pre final student and a first time runner, recalls that the race day was one of those fantastic breezy mornings - somewhat overcast, but the warmth of the generous folks forced away the clouds.

I was fidgeting on the edge of my bed, trying to get some sleep. With my head on the pillow, I was wondering if the lack of sleep would prove detrimental to my run. To be honest I had no idea what to expect. Only snippets of memories from that first race remain: the feeling of running along the empty roads cordoned off by the cops, the relatively easy first kilometre, the exasperation as I sought to see in the distance the markers lining the course, only to be disappointed when the signs came into focus and turned out to stretch even further; and the incredible kindness of the crowd cheering me on as I barely managed to cross the finish line.

There were a quite a few amateurs like me, so an experienced runner guided us with the basic stretches and warm-up exercises. 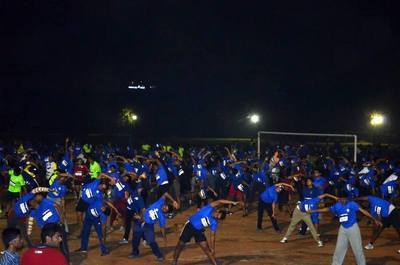 While most people were busy dozing off and enjoying their undisturbed sleep on a Sunday morning, I struggled to pull myself out of bed at 4:30 am. After munching my energy bar, I gathered with about 800 runners at 5:00 am in the college grounds. There were people of all ages present to show their support and run for a cause. They seemed to be bustling with joy and excitement. There were a quite a few amateurs like me, so an experienced runner guided us with the basic stretches and warm-up exercises. After which the Dean spoke to us and invited the Chief Guests to kick start the event.

Karthik V, a Mechanical Engineering student, talks about the mixed emotions at the start line with the experienced runners showing a touch of impatience, while first time runners were nervously hopping about - hoping to finish the race in one piece.

But once we were off, these emotions took a back seat. The cool morning air, the thuds of the runners and the road ahead was all that mattered. I came across different types of runners at this particular run. There was the over ambitious one, who tried to better his personal best and set off at a furious pace only to find himself walking a couple of kilometres ahead. Then there was the modern gizmo packed runner, who had an array of gadgets to measure his heart rate, calories burned, speed and various other parameters throughout the run. "You better keep your eyes on the road as well!", I wanted to tell him. Then we had the athletes, who started out in the front and remained there for the duration of the run. It usually does not bode well to look or compare yourself to them, as they are just leagues ahead in fitness and endurance. Finally we had runners who come just for the love of running – they were of varying ages, but they maintain a constant pace throughout and never look overwhelmed by the occasion, taking a step at a time and never thinking too far ahead. 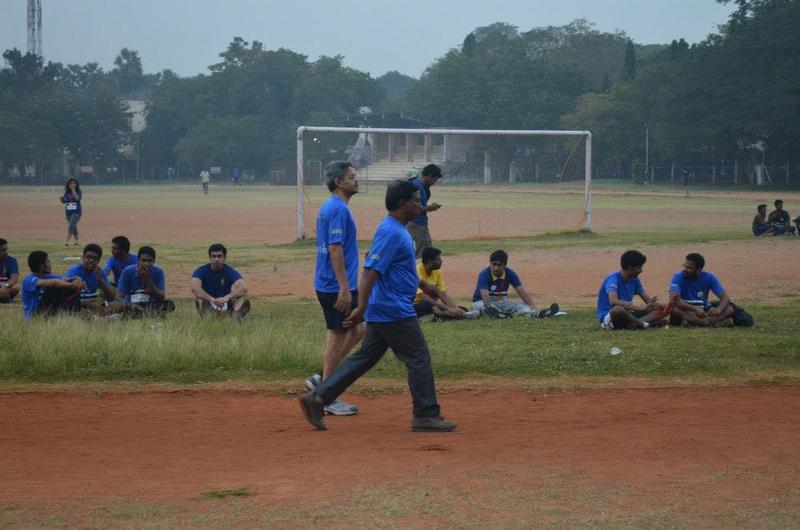 I have run in the early morning hours before, but it is different running on the roads amidst the light traffic. For the most part, the roads were empty and quiet, having been cordoned off for the run. The traffic police were present, swiftly redirecting the vehicles and sometimes even runners who stray off route.

The volunteers present were ready to assist if needed and some even moved about in bicycles or bikes to keep up with the runners.

It does take time getting used to the chill of the morning, after which you pretty much just get on with the run. The first couple of kilometres are the easiest where you have to be careful of not over exerting. It gets subsequently harder from there, but overtaking others does give you satisfaction and the motivation to go all the way. As does having a running buddy because running can get lonely sometimes.

There were volunteers present throughout, ready to assist if needed and some even moved about in bicycles or bikes to keep up with the runners. The halfway point is a milestone of sorts, for if you’ve made it this far, surely you can make it all the way, right? And soon a relief station was in sight, where cups of water and energy drink were given.

Soon I was on the final stretch, on towards the college gates where a crowd of volunteers clapped and cheered and this is where you can feel the elation within you, for once you cross that finish line, there is that feeling of accomplishment and immense satisfaction, often called the “Runners High”. Beaming, I then accepted the finishers medal, more a memento than a prize, but worth its weight in gold all the same.

Dhiraj, another student runner, recalls the clapping around him when he completed the run. 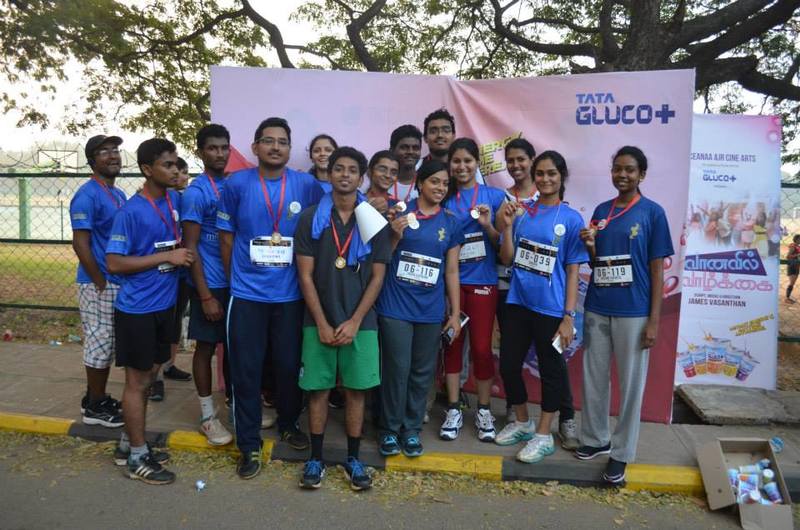 It really made me feel like I was about to complete a 42km marathon even though I was just about completing a 6km run. Once I crossed the finish line, the volunteers awarded me with a medal and also handed me a glucose drink which was very much required at that point of time. I decided not to take the medal off for as long as possible as I wanted to savour the moment. It was also a great feeling when I saw a lot people finishing behind me since my goal at the start of the run was to make sure that I didn’t finish last, apart from not fainting in the middle of the run!

Soon we started taking a few pictures to mark the occasion. This also served as proof to show those friends who wouldn’t believe that I could make it all the way. And so the pictures were taken in front of the Tata glucose banners and the banner which said “I finished my run”.

I then accepted the finishers medal, more a memento than a prize, but worth its weight in gold all the same.

Once we were done with the photos, there was an announcement saying that the breakfast was available near the alumni centre. To be honest, I was not really excited after seeing the menu which was pongal, sambar, idly and vada since I am not a great fan of them. But I guess, after getting up at 4 in the morning and running 6km, anything they gave would taste like pizzas and burgers. In the end it turned out to be one of my most memorable days and I hope that the T+ run continues next year as well.