Is public speaking really an art? Does it require years of practice to become an appealing public speaker? How much does language barrier influence the skill of speaking to the masses? The answers to all these questions and much more were discussed in detail during the guest lecture on ‘The Art of Public Speaking’ by Mr. M. Keshav, founder and CEO of MANTRA, an organization specializing in L&D facilitation. The lecture, organized by the Department of Mechanical Engineering and Society of Mechanical Engineers, was held at the Henry Maudslay Hall at 4:00 P.M on 26th February, 2016. 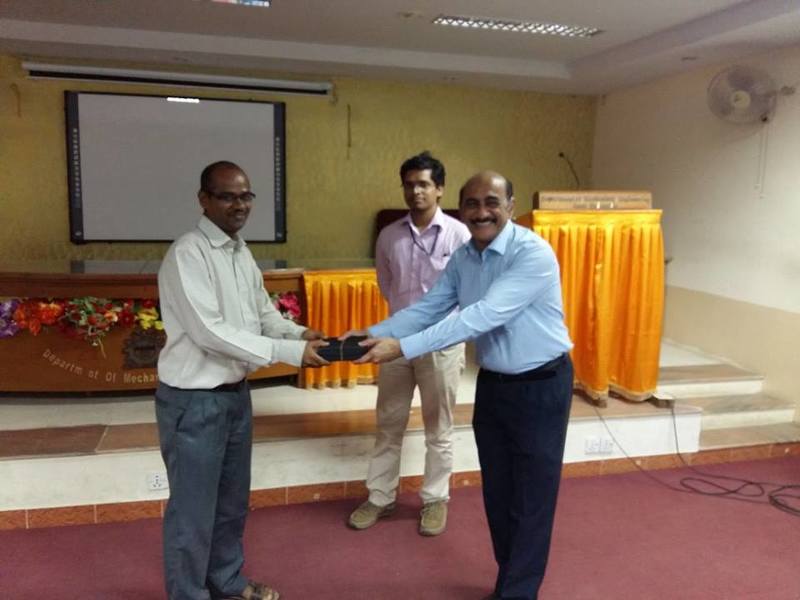 Mr. Keshav compartmentalized the sources that lead to effective communication into three broad categories, namely primary school (25%), good listening (40%) and repeated attempts in speaking to various degree of crowds (35%). He also reiterated the fact that self-belief is one significant prerequisite that makes an effective speaker, quoting Tamil theatre personalities like Crazy Mohan, Visu and S.Ve.Sekar, adding that they could succeed in a not-so-popular-format-in-the-present-scenario only because of their confidence.

According to the speaker, one can adapt to the skill of public speaking through various visible and latent factors.

Conscious competence - The necessity of speaking when one doesn’t have other choices. He quoted the fact that the degree of listening of a person develops right from the period when he/she is in the womb of the mother.

Unconscious competence – The skills inherently present in oneself without one’s knowledge at all. While driving away this fact home, he jovially stated that while a listener yawning during a session might not be good manners, it is a kind of feedback note to the speaker reinstating that he is too monotonous and boring.

Emotional competence – This deals with the degree of relativity between the presenter and the listener. External factors like the kind of situation, the time of the session and environmental factors like air conditioners also influence this factor.

This was followed by the simple yet subtle manner in which the guest distinguished between a speaker and listener. “The people in the audience have the advantage of staying unknown to the speaker, in the comfort zone. Try to come out of it and into the challenging zone” said he, stressing that only those who are willing to take up challenges seriously can become good speakers. In this regard, he also mentioned the three B’s to be followed: Believe, Behave and Become. 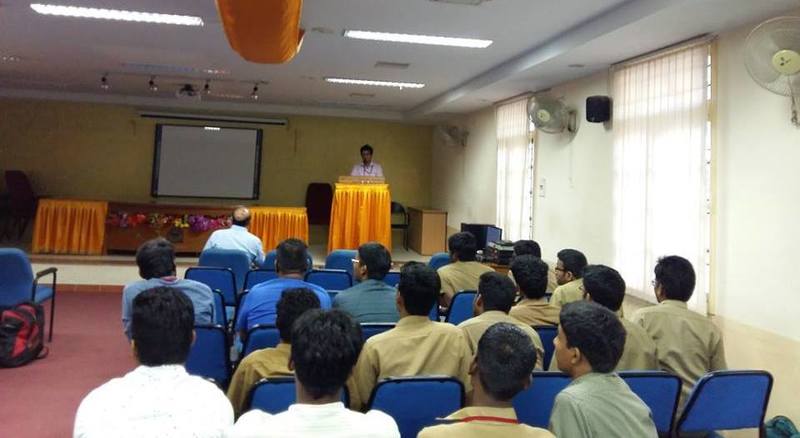 The other aspects that were briefed upon during the evening were:

Again, this was succeeded by the three V’s required to enhance the impact of public speaking

Verbal – simple terms are always long lasting; try to avoid using complex, multi-syllabled words. Mr. Keshav quoted the Radio Jockies as exemplary personalities for this aspect, as the listeners tend to reach out more to the catchy, understandable phrases uttered by them.

Vocal – the speech must have adequate modulations to eliminate the possibility of sounding monotonous. He emphasized this using the ECG which reaches the top and bottom most positions when a person is actively alive, and comes to a standstill only when a human is dead.

Visual – the speaker must be able to influence extensive impact and excitement in the audience.

Finally he concluded with the statement, “Public speaking is an art of how you say something rather than what you say”, for which he underlined the Smriti Irani controversy of the recent days. Overall, this was one valuable Friday evening for all the students who participated in this active discussion and returned beneficiaries.