In wake of recent events in society such as the violent incidents which have befallen women, which is all one can talk about nowadays. The number of concerned parents is skyrocketing with restrictions being imposed on girls in fear of threats. To dispel these social stigmas and to make women bolder and stronger, Aakriti came forward with Kiara, a three-day event to help women break the ice. Kiara is derived from the Japanese language meaning “God’s Gracious Gift”. Kiara took place between February 26 and February 28 in CEG. There were various events which were conducted across the three days to help prepare women face the times of insecurity and to gain self-confidence.

The first day kick-started with the intramural sports events from 8 am to 1 pm where girls from CEG and ACT sweat it out to triumph. Relay, Throw ball and Kho-Kho were the three events conducted to boost the confidence of women. When asked about the purpose behind conducting Kiara, Shavitha, a member of Aakriti club and one of Kiara’s organisers said, “We want the inner talents hidden inside each woman to come out. The drive towards making Kiara happen is to break the ice with the fire inside each woman.” It was found that when in a comfortable environment, women tend to loosen up and let their fears go. So through Kiara the organisers wanted to create a comfortable environment so that the inner voices of the women are brought out. 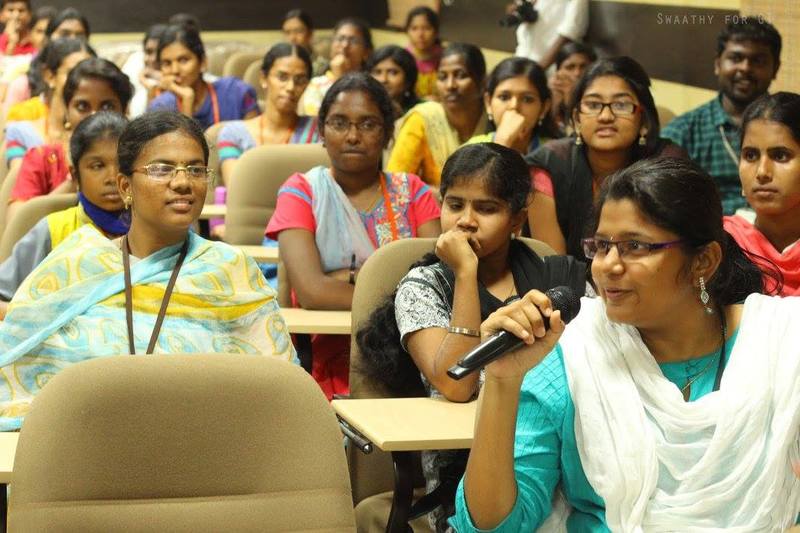 On the second day, matters of the mind and body were strengthened through a self-defence workshop and neuro-linguistic program. The self-defence workshop was conducted at the Ada Lovelace hall by Sree Ram from KravMaga where they specialise in street self-defence systems. The basic defence techniques to safeguard one’s back were emphasised upon. The various vulnerable points of attacks on women and the different methods to block and tackle them were taught to students with live demonstrations. The session was quite lively, fun and interactive with videos and humour spread throughout the two hour session between 5pm and 7pm. On the second day, a neuro-linguistic program was also conducted between 4.30 pm and 6.30 pm in the Optimus Hall by Preethi Sankkari to inculcate good thoughts. The subconscious mind of a student, Poorna, was tapped in the session by getting her to attain a trans-state or a state of relaxation. The practitioner Preethi then asked questions regarding the student’s inhibitions to awaken the subconscious mind and made the girl’s inner mind believe that she was destined for great success which the subconscious mind after a little reluctance agreed. Many students who had been part of the program said that the entire session was mind-blowing and also Poorna felt free and liberated after this experience. Preethi Sankkari also taught relaxation techniques and therapy to ease and relax the stressed mind and body such as breathing exercises, visualisation exercises, etc. 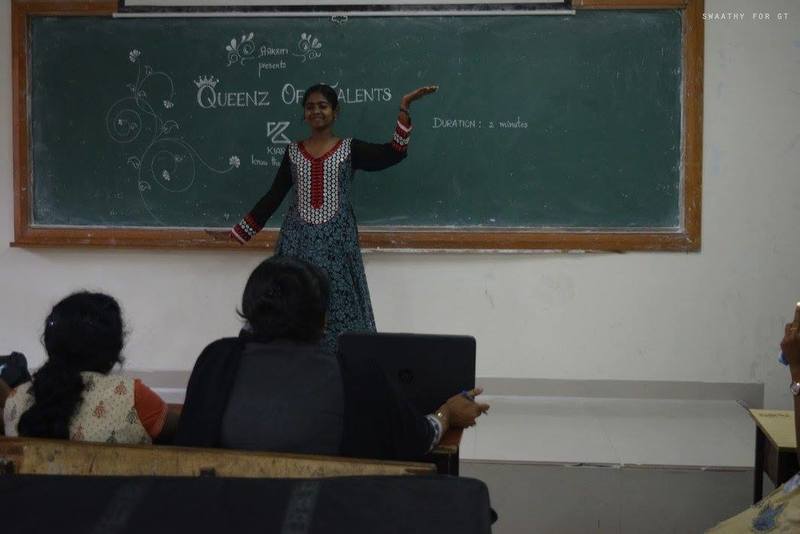 The final day consisted of three fun events - Friendship Feud, Queens of Talent and Namma Chennai Quiz which took place in Room Numbers 81, 82 and 83 respectively between 4.30 pm and 6 pm. In Queens of Talent, the various talents of the students were exhibited and awarded. Unique talents such as gymnasium, yoga, acrobatics, etc. were showcased with enthusiasm by the girls. In Friendship Feud the level of understanding between two friends were tested through various rounds such as finding the dialogue through lip movements, identifying your friend in a group blindfolded and aptitude tests on their common interests and understanding. The Namma Chennai Quiz as the name suggests contained various rounds with different questions exclusively dedicated to Chennai.

This is the first edition of Kiara and the Aakriti team is looking to make it an annual event for the girls of CEG and ACT to bring out their inner talents and break the inhibitions and barriers and to prove to the world that women are powerful, said the organisers of the event. The final commemoration event is scheduled to take place on March 13th, 2017 where the winners of the events and competitions are awarded along with the website launch of Aakriti club of CEG. Furthermore, a magazine titled “Nitara”, written, edited and designed exclusively by women will also be launched during this event.

This event stands as a testimony that with some motivation and guidance, women can bring out the inner goddess in them. Women have the power and courage to stand up against the injustice in the society against herself or another human being, but it is like underground water which needs to be tapped. The fire raging in the society can be quelled only though the fire inside each and every woman. It can break the barriers and inhibition which shroud the goals and achievements of women. So let’s stand up for ourselves and show the world that women can achieve great things and overcome barriers.