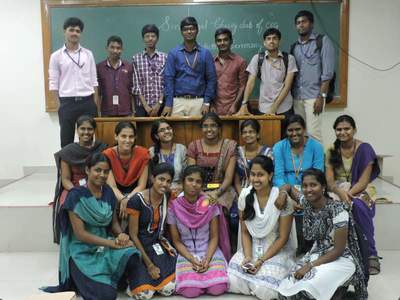 A group of students from CEG started a club when they were alarmed on noticing cases of dropouts in the college due to financial reasons. This club came to be known as the Siruthuligal Charity Club of CEG, and the beauty of it is that CEGians help out fellow CEGians. Volunteers in each and every batch of CEG collect money from their respective batchmates, and deposit the amount in the bank. This is done twice every semester. CEGians in need of help can send a petition to the club stating their problems. Upon verification of the details, students are helped.

On the 4th of April, 2015, Siruthuligal Charity Club of CEG conducted its valedictory function for the academic year 2014-2015. It was presided over by the Dean of CEG, Dr. P. Narayanasamy and the staff advisor for the club Dr. K. Praveen. Not only did the current office bearers take leave, but the next set of fourth years were handed over various positions of responsibilities to take the club forward in the coming year. 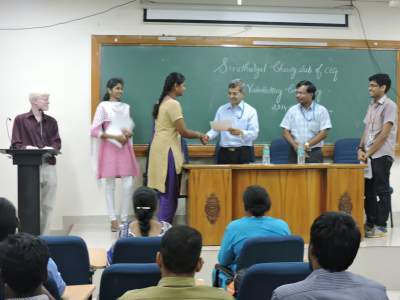 The welcome address was delivered by the departing Club President Swetha, followed by Rohit, the Joint Secretary for the club, who presented the year’s annual report. Apart from the usual collection of funds from classes, the club during Techofes raised funds by selling handmade craftworks. In the previous years, over 200 engineering textbooks were donated to the college library. 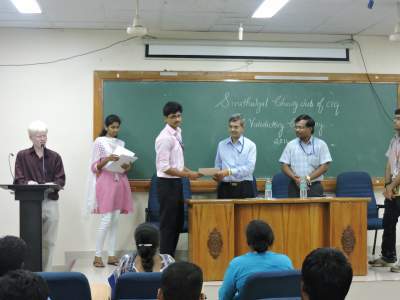 These posts would help facilitate efficient management of responsibilities to the members and make decisions in an ordered and uniform structure.

The newly appointed President Santhiya envisions to extend Siruthuligal’s beneficiaries to ACTech and SAP, and also include Masters students, as one of the agendas for the next academic year. Furthermore, she added that the club will strive to organise events alongside college symposiums to create awareness about Siruthuligal.

Any undergrad CEG student who needs help to pay any fees for the next semester may collect a petition form from the hostel office or from the Student’s Section (Red Building, hall no. 32). The student is requested to submit the form within the first two days after the reopening of the next semester. And anyone willing to contribute, can contact +91 9894891862.

Fact: Did you know that all fines collected from the college students are donated to Siruthuligal?