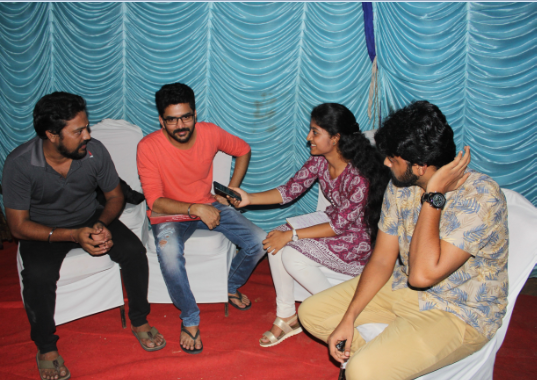 Agni, an event mainly for the freshers, organized by the Arts society and Student Association of CEG, kick-started this academic year with a grand inauguration function on 11th October 2018. The team of the upcoming Tamil comedy film Natpuna Ennanu Theriyuma, directed by Shiva Aravind, featuring Ramya Nambeesan, Kavin, Raju Jeyamohan and Arunraja Kamaraj in main roles, graced the occasion. The Guindy Times had the pleasure of interviewing the chief guests. Read on to know more.

GT: Kavin sir, could you tell us about your role in the movie?

Kavin: The movie is based on friendship. My character is a common fun-loving youth who spends almost all his time with his buddies. The opening line of the trailer, “Ore vaithula onna porandha avanga twins... aana vera vera vaithula porandha avanga friends”, also shows how much the movie revolves around friendship.

GT: How do you feel about entering the cinema industry? Tell us all about the experience and the competition.

Kavin: I feel it’s a great time for me to enter the industry. I am still excited to have shared screen space with Ramya Nambeesan. The journey from acting in TV serials to a movie is thrilling. It’s great to see the response of audience in cultural events like Agni whereas while acting in serials we don’t get to see the audience much. I have loved the journey so far.

GT: Raju sir, could you tell us about your friendship with Kavin and director Shiva and how this has reflected in the movie?

Raju: We have been good friends from the days of Kana kaanum Kalangal.  We have a great connection which is naturally depicted in the movie. Just being ourselves during the shoot helped maintain the rapport as our aim was for every person to relate to the characters.

GT: Shiva sir, what are your expectations on making your debut as a director with Natpuna ennanu theriyuma?

Shiva: I hope this movie lives up to the essence it carries within it. It is about how a serious happening in one's life  turns into one of those memorable moments to laugh about later. This movie has many instances for all the youngsters to connect to and reminisce about. 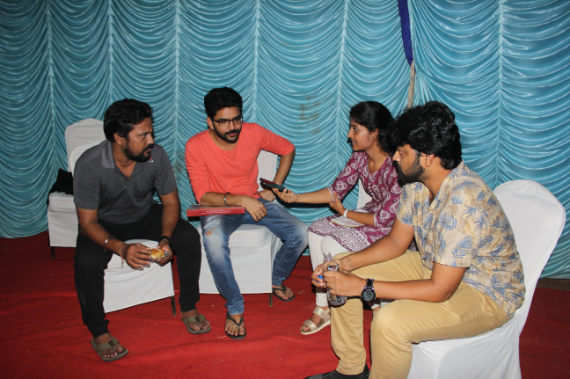 Shiva: It was taken from a dialogue in Mani sir's Thalapathi (1991). Normally this dialogue would be related to revenge but here it reflects the “kuda palaguna pavathuku kudaye irukanum da paavi” feeling which would be depicted throughout in the movie. (Kavin jokes about how old movie titles would be expensive and the immediate alternative would be a famous dialogue relating friendship.)

GT: Raju sir, could you tell us about your journey from Kana kaanum Kalangal to now?

Raju: I was an assistant director to Bhagyaraj sir which then opened the opportunity for Kana kaanum Kalangal. I have done many shows and events in Vijay TV with Shiva anna. I've also acted in many serials. Finally, I am happy to be here as an actor in the cinema industry.

GT: Shiva sir, when and how the script evolved? Why did you particularly choose Ramya for the female lead?

Shiva: This script materialised  three years back. From Kana kaanum Kalangal, I knew the potential in Kavin and Raju. I also needed someone new in the team to add some vibrant energy to the movie. That’s when Ramya came into the picture. She is multi-talented, and her ability to capture the audience with her amazing acting skills added so much more to the film.

GT: Could you share a few words to the students of CEG?

Shiva: It’s great to see the response of the students to the trailer today. I hope the comedy in the movie adds some happiness and energy to all the viewers. I  request everyone to watch and enjoy the movie in theatres once it is released.

GT: Thank you so much for the interview. We had a great time with you all.

Kavin, Shiva, and Raju: Thanks a lot! The pleasure is all ours.

The Guindy Times thanks the team of Natpuna Ennanu Theriyuma (Kavin, Shiva, Raju and Ramya (who graced the inauguration)), wishes them a very good luck with their upcoming venture and also thanks the SA-AS of CEG for fetching us an interview session with them during the inauguration of AGNI 2018. We also congratulate SA-AS, CEG for pulling out a great show with AGNI 2018 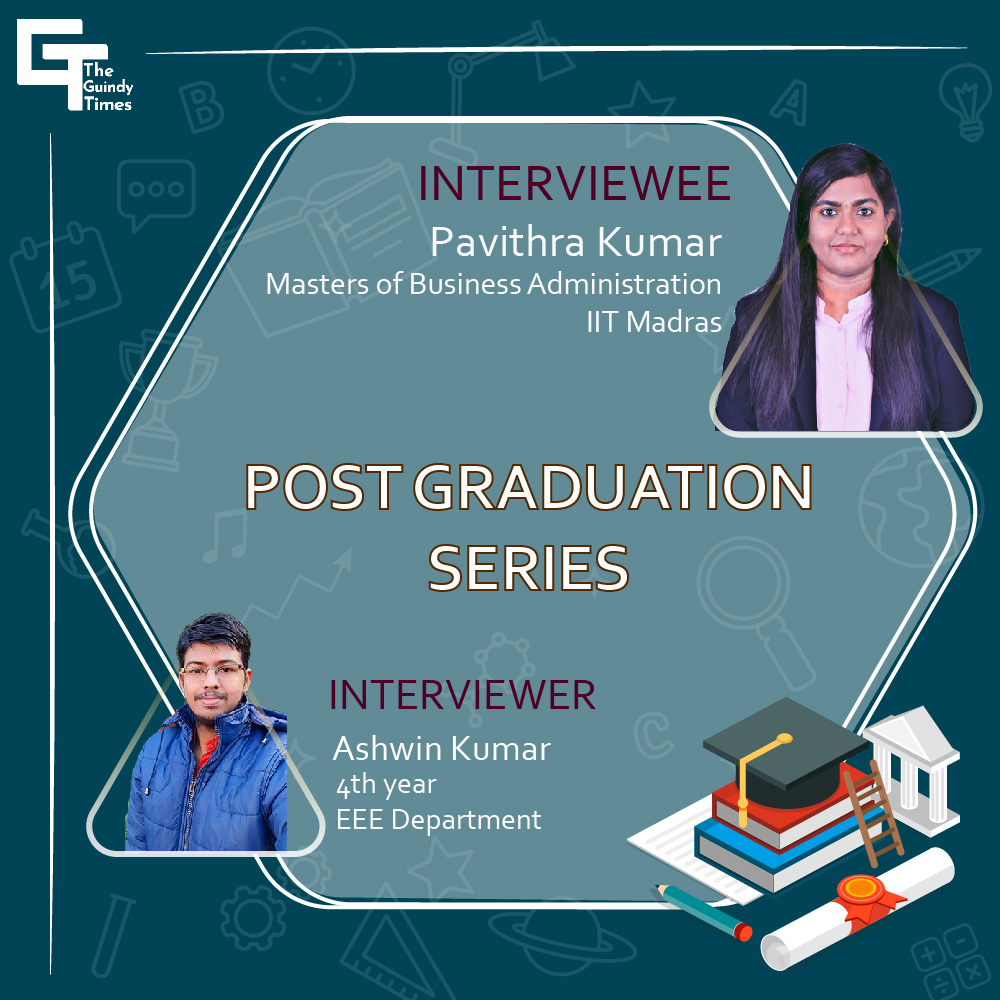 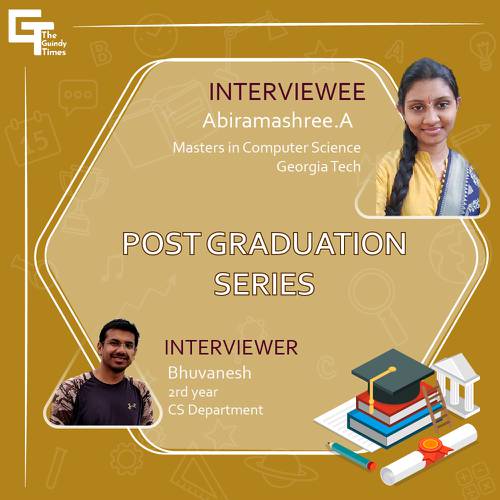 Post-Graduation Series : An Interview with Bhuvanesh

Interviewer: Abiramashree Interviewee: Mr. Bhuvanesh Course: Masters in Computer Science, Georgia Tech.   GT: How did you prepare yourself for the internship, and how would you describe your internship experience?    Bhuvanesh: Comp 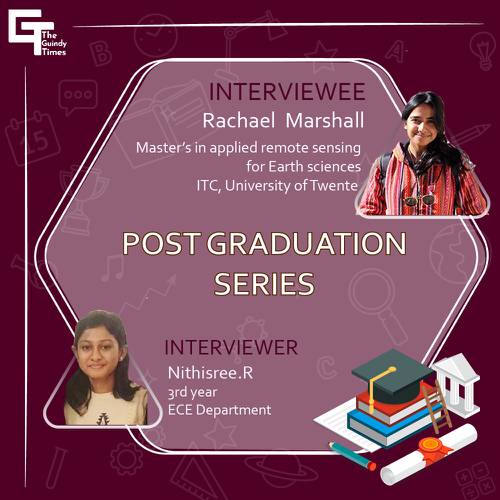 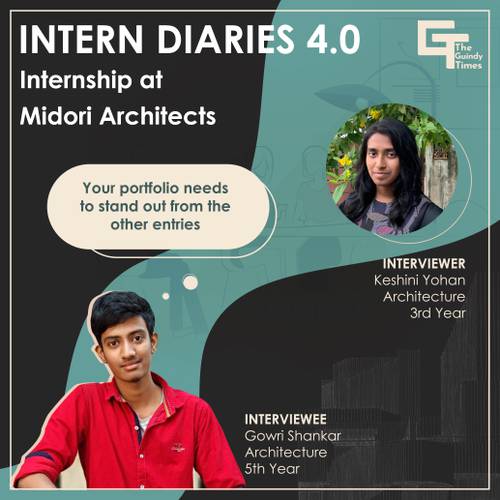