Kalakriti'18, the inter-cultural festival of Alagappa College of Technology commenced in a grand manner on the eve of 28 February 2018. The event was exalted by the presence of Dr. Sivanesan, the Dean of Alagappa College of Technology, and Suja Varunee of Bigg Boss fame. Sriram Parthiban, the SAAS President then took over the floor to welcome everyone and addressed the gathering on the vital role of friendship in college life. 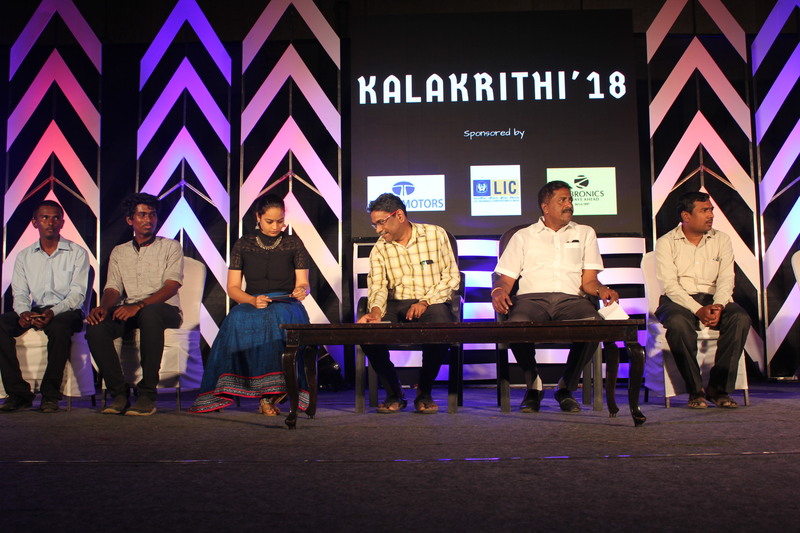 The Dean of ACT, Dr. Sivanesan, glorified the untiring efforts of the SAAS team in putting together such a proactive event. He advised the students to make optimum utilization of the opportunities available. “The technical events help in personality development and also stimulate critical thinking and conceptual understanding of students,” he stated.

Suja Varunee encouraged the young girls to be bold and to not be overwhelmed by the society. This was followed by an enrapturing classical dance performance which marked a traditional beginning to the cultural events.

After the inauguration, students assembled after dinner for the movie screening. The recent blockbuster Velaikkaran was screened and the crowd had a good time dancing to Karuthavelam Galeejam. Kalakrithi - the honour and distinction of ACTech had many fun-filled cultural events this year which brought out the creativity of the students.