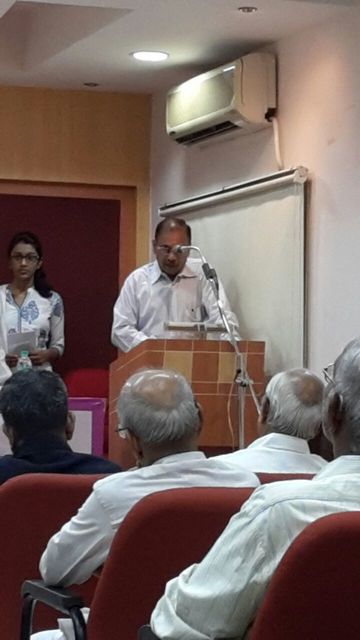 To celebrate the starting of College of Engineering, Guindy, the Alumni Association of CEG (AACEG), celebrated its annual ‘Genesis Day’ function on the 17th of May, 2015, at the Alumni Center of CEG.

The atmosphere inside the Alumni Hall was buzzing with energy, as comrades greeted each other with hugs and friendly smiles, punctuated with hearty laughter as the Alumni relieved fond memories of their college days.

Started as Madras Survey School on May 17, 1794 by Michael Topping with eight students, the College of Engineering, Guindy as it began to be called as after being shifted to the present location in 1920, has retained its status as one of the very few colleges in the country that produce outstanding engineers every year. CEG has stood the test of time and is counted one among the best institutions of the country even after its ‘genesis’ 221 years ago, making it the oldest technical institute in the country.

Er. B. Karunakaran, the President of AACEG, welcomed the gathering. The Executive Director of Lucas- TVS, Dr. M. Ravichandran, presided over the function. A recipient of numerous awards, Dr. Ravichandran is a pass out of CEG from the Department of Mechanical Engineering. Spending over 46 years in the manufacturing industry, Dr. Ravichandran outlined the changing business scenario, the need for FDI and an interesting outlook to the recent slogan ‘Make in India’ in his presidential address. 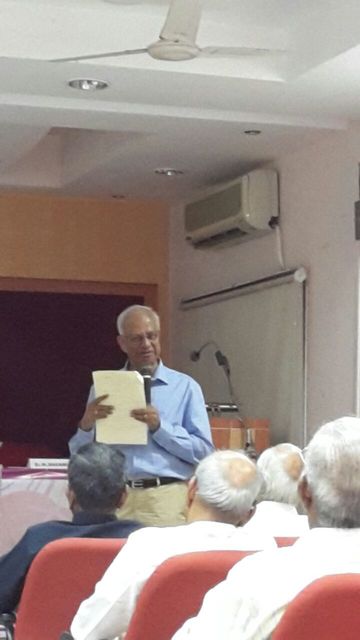 His speech concluded with memories from his days spent as a CEG-ian to much laughter as he remembered his delight when the CEG canteen was opened in 1965 during his second year. Addressing the present engineering students, he said, “You don’t come to CEG to just learn engineering and pass your tests. Life at CEG is so much more. You learn engineering here, so that you may gain knowledge to simplify your machines so that it can be operated by a person without skills.”

Also in attendance was Dr. M. Rajaram, the Vice Chancellor of Anna University. The vote of thanks was delivered by the Secretary of AACEG, Er. M. Shanmugam and refreshments were provided.