Getting placed in Anna University will be a dream in most student’s life but many think that you either have to study engineering or architecture to be a student of this magnificent university. If you are one among the many then you are probably wrong as CEG has a separate department called Department of Media Sciences for young minds who aspire to achieve great heights in the field of media. Those who are unaware of this department can pay a visit to the DMS building which is between the Aavin booth and Sowmiya’s inn.  Being a five-year integrated PG course, Electronic Media educates the students on various fields related to media such as journalism, photography, radio production and more.

So what’s a Media Department without a Media Fest? Gateway is an annual media festival conducted by the Department of Media Sciences, College of Engineering Guindy, Anna University, Chennai. The first day of the two-day event witnesses the screening of the short listed contest entries in a screening theatre in Chennai & day two brings to students renowned media personalities from the industry to share their expertise. A few to mention are Director Vetrimaran, Director Amir, Ace Director K.V. Anand, Cinematographer Rathnavelu, Director Rajesh, Wild life film-maker Shekar Dattatri, etc. Every year 1000 participants from across the country participate in the event.

This year the Department of Media Sciences, organized ‘Gateway 2015’, a National Level Media Festival on 29th & 30th September 2015. This ninth edition of the event identifies emerging and aspiring film-makers from across the country. A title song exclusively for Gateway ’15 was composed by our students under the guidance of Music Director Ashwath. The Audio launch of Gateway was held on April 8, 2015.  Singer Shakthi Shree Gopalan took part in the audio launch and received the Gateway song. RJ Ophelia, RJ Mridhula, VJs Varun and Erode Mahesh were also present. Following the audio launch an interactive session was conducted by the guests in their respective fields. 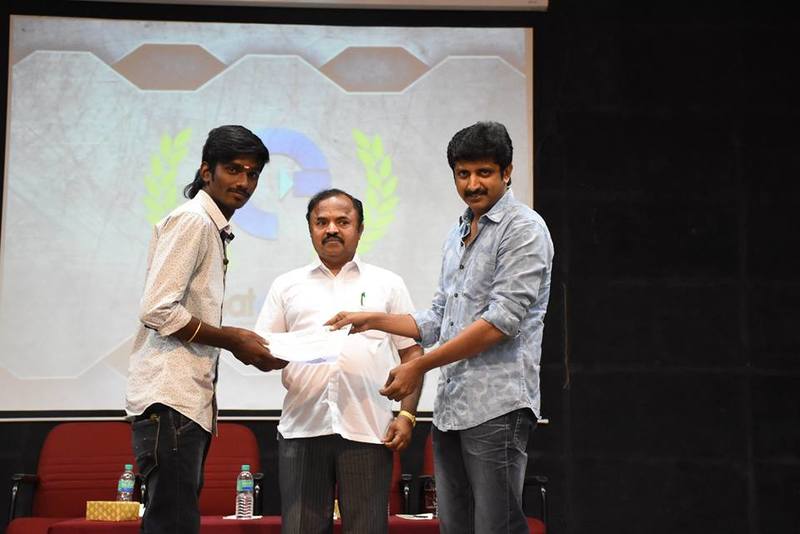 Director Balaji Dharanidharan of ‘Naduvula Konjum Pakatha Kanum’ fame graced the Inauguration of Gateway 2015 which was held on 30th September at the TAG auditorium. Dr.Ganesan, Registrar, Anna University was also present at the Inauguration along with Prof. K. Sivakumar, Director, Anna University, Madurai. The festival brought to students, various interactive sessions from top media personalities. The Inaugural was followed by a workshop on scriptwriting by Director Vasanthabalan who has directed successful movies like Veyil and Kaviyathalaivan.  Nandhini, Director of ‘Thiru Thiru Thuru Thuru’ presided over the afternoon session and addressed the gathering on Digital Film Making.  Following which Aadhi of ‘Hip Hop Tamizha’ fame enlightened the crowd with an interactive discussion, titled ‘Ask Aadhi’. Apart from the workshops many off stage events were also conducted to enhance the participants’ intellect on media. The students showed active participation in the workshops and events that were conducted and gained knowledge about the various scopes in the field. Prof. Dr. P. Narayanaswamy, Dean, Anna University graced the Valedictory function & Mohan Raja, Director of the successfully running movie ‘Thani Oruvan’ presided over the function & distributed the prizes.