Humanity has evolved into a male-centred society. Men were always the main suppliers of food and money, and women were always the ones who had a duty to look after the fire and children. Not anymore. Today, hundreds of prestigious companies and institutes are all lead by revered woman around the globe. Women are no longer restricted by the four walls of the house.

As we all know, the Information Technology (IT) sector in India is growing rapidly at an exponential rate. Empowering Women in IT (eWIT) is a women's forum conceptualized by a group of IT Professionals in India. CEG’s exclusive girls club AKRITI conducted a very enlightening student convention this year in collaboration with eWIT. 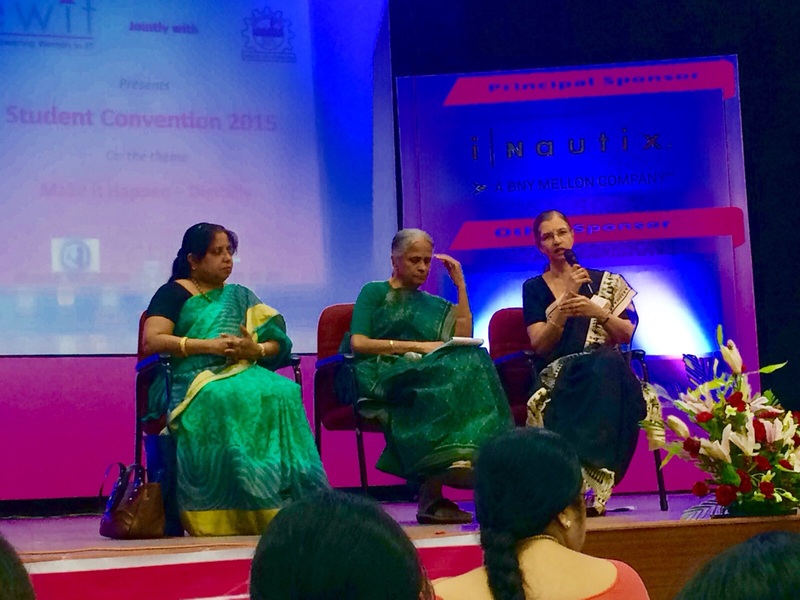 The theme was “Make it Happen- Digitally”. It was conducted on 29th September 2015, with a series of exciting events from 9:30 AM until 5:30 PM. Many honourable women executives from various IT companies like HCL, Infosys, Cognizant, HP and other companies were present. More than two hu

The convention started off with a warm welcoming speech from the chief guest, the Registrar of Anna University, Dr S.Ganesan followed by inspiring speeches by other dignitaries.  Dr S.Lakshmi & Dr Rajarajeshwari presented a few words on the Centre for Empowerment of Women & Aakriti respectively. They brought out statistics of the ratio of working women in India and how many women give up their career for the sake of their family. They motivated us and said that it is us, the young girls of the country who have to change this stereotype. This was followed by a tribute to Dr. APJ Abdul Kalam by his former friend and colleague Dr S.Paneerselvam, praising and glorifying his patriotism for our country. Then, Dr Ravikumar highlighted the significance of the need for the Centre for Entrepreneurship Development in various colleges and other institutions.

Many honourable women executives from various IT companies like HCL, Infosys, Cognizant, HP and other companies were present along with more than two hundred students.

We had a very lively talk by Mr John on how to be interview ready. It was called "First step to a career".  He conveyed what he wanted to by showing us video clips. He told us that we should first know the kind of job we are really interested in doing and not take up any job just for the sake of a high pay. We got to know that we should enquire about the company before we sit for an interview and that the interviewers will look at how confidently we answer their questions rather than the answers. 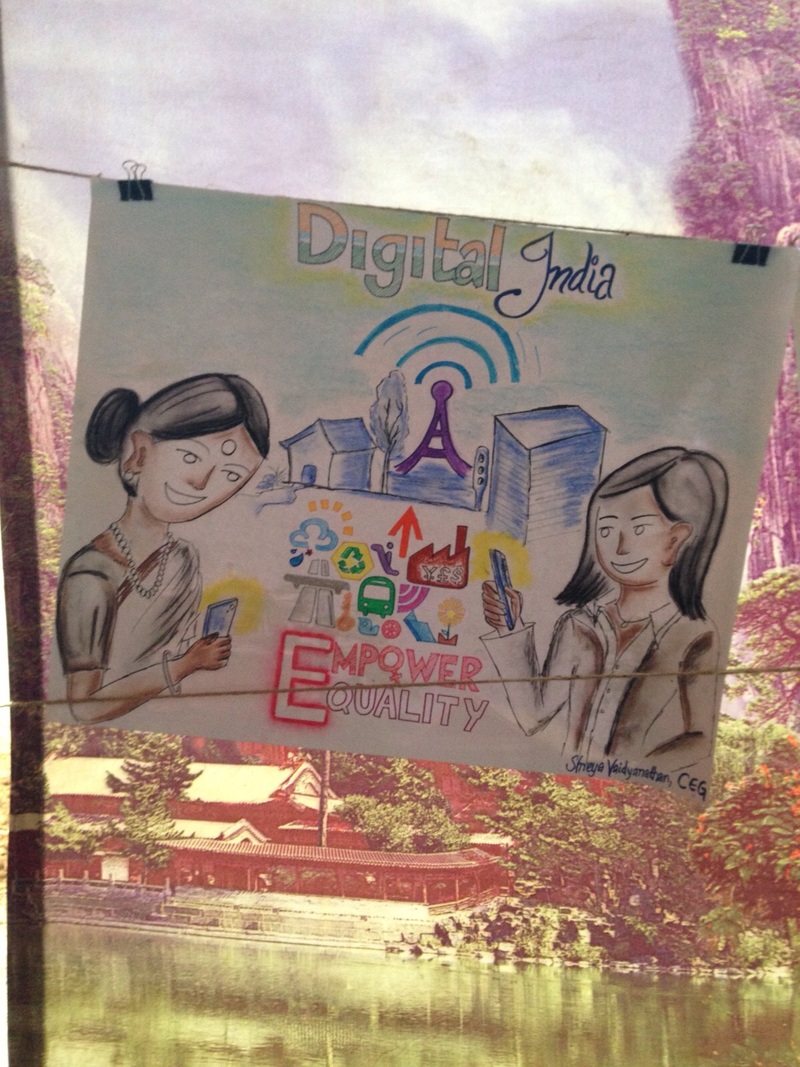 Then the very lively and talented Mr Surjith Kumar, HR Business Leader in Infosys enlightened the audience on “Get Corporate Ready”. He kept the crowed fascinated by his interesting experiences and extremely useful advice on entrepreneurship and choosing career paths. He very beautifully illustrated the difference between a career and a job.

A healthy body comes with a healthy mind. Eating healthy is important for a woman. So a question and answer session was conducted on nutrition and wellness - “Take Care” by Dr Purna Shankar and Ms Josephine.  This was then followed by an erudite debate or “Patti Mandram” conducted by Pulavar Ramalinga Jothi. Students debated on whether women should become entrepreneurs or work in an IT company. This discussion brimmed with a lot of astounding ideas and opinions of students. The constant rebuts from both the teams kept the debate really interesting and entertaining. This was then followed by a casual talk on Safe Social Media by Dr Anbu Rathinavel.

eWIT had also conducted a poster and app development competitions earlier as a run up for the event. The topic for the competitions was “Make it Happen-Digitally, Digital India”. The organisation announced the Prize winners for Competitions, which was followed by Valediction & Prize Distribution. The event ended with some breathtaking and melodious live music by the HCL band followed by the vote of thanks.