The Internet is undeniably one of the most astounding technological developments of all time and has led to phenomenal evolution in our lives. However, everything in the world has two extremes - good and evil, heaven and hell, virtue and sin. This concept applies to the internet as well.

We know that bullying is the act of intimidating or threatening people where the strong do so intending to harm the weak. In most cases, physical characteristics do not determine the victim and bully in any given situation. The true deciding factor is in one’s mental strength and character. The digital world isn’t exempt from these issues either. 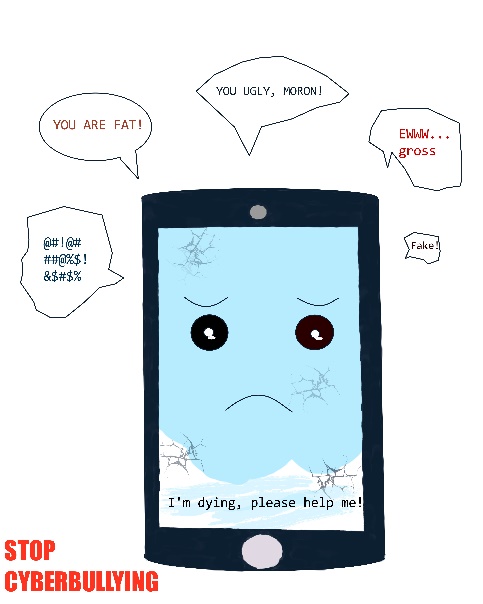 One of the biggest threats on the internet as of late has been cyber-bullying. Cyber-bullying is a form of bullying or harassment seen on online platforms – typically through social media, SMS, messaging apps or gaming platforms; these are dangerous waters and it’s up to us to navigate them carefully. It broadly encapsulates acts like posting and sharing content about an individual that is harmful or hurtful to either them or their immediate group. Another form of cyber-bullying is circulating the private and personal information of the victim. This can cause severe mental harm to the victim in the long run, and even lead them to contemplate suicide in more extreme cases.

Consider a situation in which you post a picture on a social media platform that is visible to your friends, family members, colleagues and even some strangers. Soon you see a bunch of appreciative emojis and positive comments that make you feel ecstatic. However all of a sudden, a different kind of comment pops up. Your brow puckers as you see someone talking ill about you. You feel a mix of sadness, anger and disgust but try to move on. Disregarding this, the person persists at it for a long time before you realize that you’re being bullied by them

Sounds awful, doesn’t it? So, who’s at fault here? Is it the person who posted the picture, or the one who harassed them? Realistically speaking, it’s easy for us to say that it’s the victim’s fault and claim that the situation could’ve been avoided altogether if they hadn’t made the post. In these cases, we should remember that the victim has already been harassed and has suffered enough. Let us do our best to avoid victim-shaming as they are the ones in need of our help.

Studies indicate that around 15% of individuals aged 12-18 have endured cyber-bullying in some capacity between 2017 and 2019. However, there could be many more victims who haven’t spoken out about it yet. The government has recently started to enforce laws against cybercrime to protect people from cyber-bullying. Parents will also have to play an important role in helping victims recover from these circumstances. They should be open-minded and foster healthy, open communication with their child about these issues.

While it is fair to be worried about the issues concerning the physical world, let us extend this same concern to the digital world too and try to restore the positive essence of both. Before spreading rumours about someone or accusing them of something, try putting yourself in their shoes. More often than not the victim of bullying is not at fault, these issues are typically caused because of a lack of character on the bully’s part.

Bullying has driven victims to take extreme steps in several instances. In these situations, think before you come to any rash conclusions. Bullies only insult you if they are timid and insecure, we must remember that our courage is their weakness. Don’t be stressed because someone chooses to talk ill of you, you are stronger than you think.