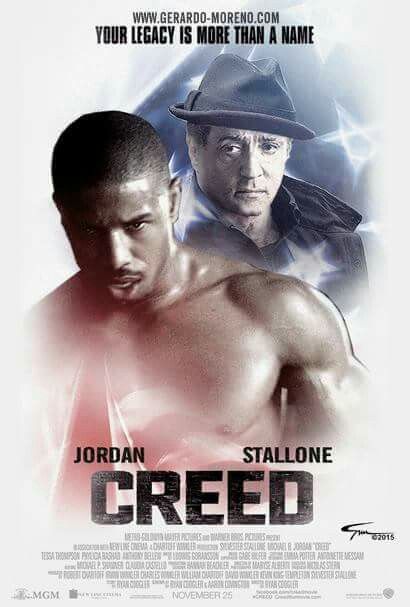 Rocky films just never fail to impress audiences, and this is just the continuation of that, in spite of sequels being separated by large gaps.

The film revolves around the story of the legend Apollo Creed’s son, Adonnis Creed (Michael B. Jordan) who wants to build his own legacy and not live under his dad’s shadows. Sylvester Stallone plays Rocky Balboa again, but this time not as a fighter, but as a trainer to help Adonnis defeat Ricky Conlan (Tony Bellew) - who believes Adonnis is nothing but a false Apollo Creed.

Apollo’s nemesis, Balboa after some hesitation, trains Adonnis like how a big-level boxer is supposed to be trained. New neighbour Bianca (Tessa Thompson), an R&B artist , also needs significant persuasion before agreeing to date him. This adds up to a lot of speaking.

The first half is quite slow but gradually picks up with pace and finishes with a flourish with a split decision between Conlan and Adonnis, with the former winning, just the way it happened between Rocky Balboa and Apollo Creed in Rocky 1.

“Creed” ends there with a scene sure to bring tears to fans of Rocky series. If one wants to know what true beauty means, then all he should do is watch the last scene of this film, where Rocky struggles to climb up, and Adonnis reminds him of his words, finally succeeding.

Verdict: To make it simple, another must watch rocky film, atleast for Stallone fans.