As sophomores of the Centre for Bio-Technology (CBT), the batch of orange tags were all set to welcome the incoming purple tags. They say putting more minds together brings out a wider variety of ideas. It is indeed fortunate that the CBT is comprised of three departments- Industrial Biotechnology, Food Technology and Pharmaceutical Technology with the brightest minds on campus. 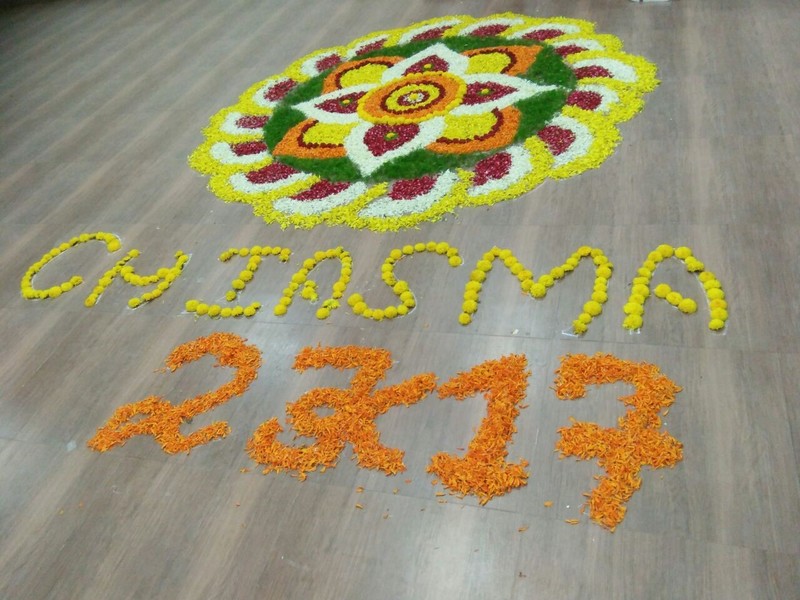 The event took place at the auditorium on the 27th of September, 2017. The Fresher's day titled CHIASMA was inaugurated by Dr. Anuradha, the HOD of Centre for Biotechnology. She put forth words of appreciation and advice for the juniors, who were oozing with enthusiasm and fervour, voluntarily interacting with the seniors. The seniors and juniors had a marvellous time dancing and singing together, both on and off-stage.

The fresher’s talents exuding with finesse and radiance dominated the various performances of the seniors. The promotional video of the event was so excellently designed, that the audience kept requesting the technical team to play it repeatedly.

The entrance to both the department and the auditorium were decked up beautifully with flowers and coloured rock salts. T-shirts were distributed to the juniors with the logo of the event printed on them. On the other hand, the hosts of the event were traditionally dressed in bright, pretty sarees and dhotis. Finally, pictures of the various departments were taken on-stage and refreshments were served towards the end.

The one-month effort put in by the second years paid off in the end. Everything went on as planned with every team executing their work brilliantly. Most importantly, Unity in Diversity was observed as is their motto, and the event was hugely successful.