The Campus to Career was a three-day career sensitising workshop, held on 9th, 10thand 11th of July 2016. It was conducted by the Rotract Club of Drishti, in association with the Karna Vidhya Foundation, Enable India and YRC of CEG, in the Hall of Guinnes’ 68, in the Department of Manufacturing Engineering, CEG. The programme consisted of two parts- a fair and a two day workshop. The C to C Tech Fair was inaugurated at 10 a.m. by Dr Harish L. Metha, the chairman of Indian Red Cross Society, Tamil Nadu.

The inauguration began with the Tamil Anthem which was followed with a welcome speech, both given by students of the special schools. The objective of the programme stands in the name “Karna Vidhya Foundation”, Karna, meaning healing and Vidhya, meaning learning. So, the objective of learning through healing was the concept of their institution. They have their own specialised reading centres and library. 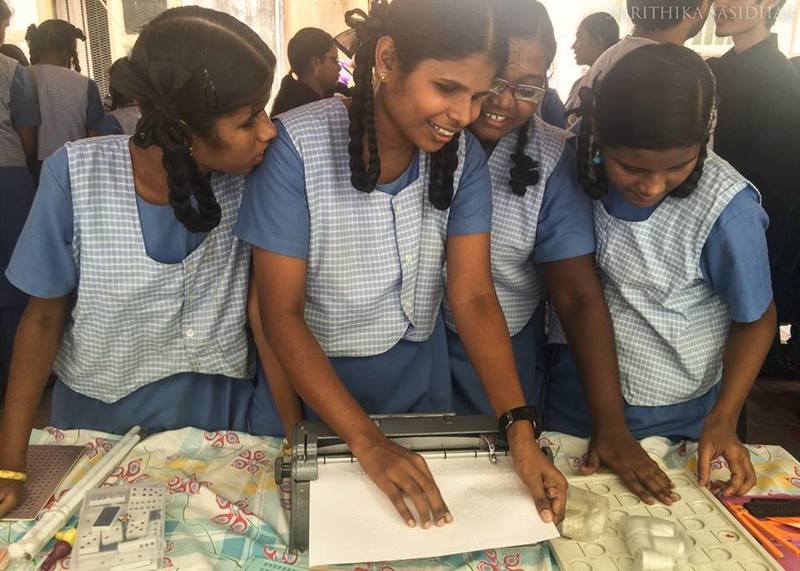 The main objective of the programme was empowering through employability.  It was to bring in more independence by making them eligible for employment.

The Government provides laptops to 12th grade students which have NVDA installed in it. The students don’t have to depend on readers if they get a new e-mail, search content on the internet or read a book. An application called screen readers was introduced to the students. The device helps them read, write and work on a system just like any other sighted person. The application was very easy to use for all of them. They just have to scroll through the icons and it will read out the information from the desktop. The only difference between the sighted and the visually impaired being that the sighted will read and the visually impaired will listen. And the sighted uses a mouse whereas they use the arrow keys. With this kind of technology the visually impaired could just work like anyone else and have been placed at different IT companies. This is not only making them independent but reducing the disparity in the society.

A lot of new technologies have come up to help them.The fair consisted of different tools for the visually impaired. The Karuna Vidhya Technology Centre came out of the Rotract Club of Drishti to bring out new devices and help the visually impaired. It came up with a DDReader+, which is a digital book reader that can be used for reading digital content in DAISY 3 format on Windows and Android platforms, and a walking stick which sends ultrasonic waves and helps detect obstacles around them. It consists of a typing machine which was in braille system. They had a zoom in device which helps partial sighted students to read. 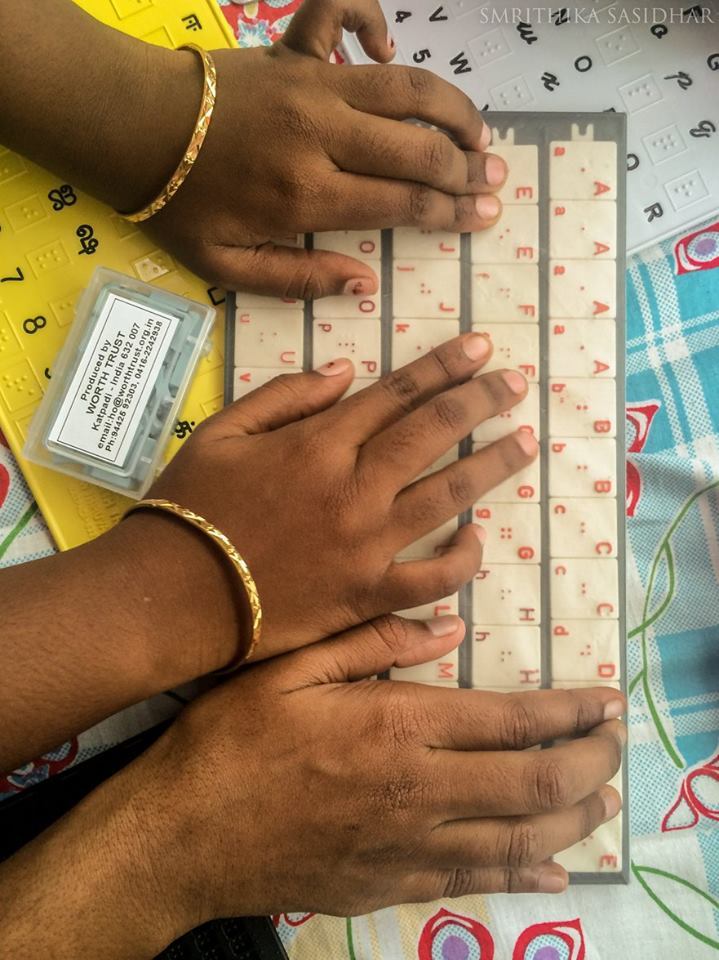 They try to bring in changes which can reduce the disparity between them and other people.They were all pushed to interact with everyone, social projects were done, and they donated blood. In the early days, the students were advised to take only English, Tamil or History as a B.Sc. course. But now they are being motivated to take Commerce, Economics and many other subjects. Each bank has a 3% quota for the visually challenged, and there are a lot of vacancies. Over the last 3 years there has been more than 100 people employed in banks.

When the chief guest was asked what he thought about the programme, he simply said that it is a marvellous service to  society. He also opined that these people can work normally and in no situation are they inferior. He wanted everyone to learn from the two-day workshop on how to be more independent. He also bemoaned the lack of significant awareness in India about this important issue and said that organisations like the Karuna Vidhya Foundation are pivotal in bringing about a change. The workshop that followed soon after focussed on motivating the students to attend placements and work in society. Truly, such programmes are at the very heart of our development and a nation and our espousal of these and similar functions will see us grow together as one, unified, egalitarian people.