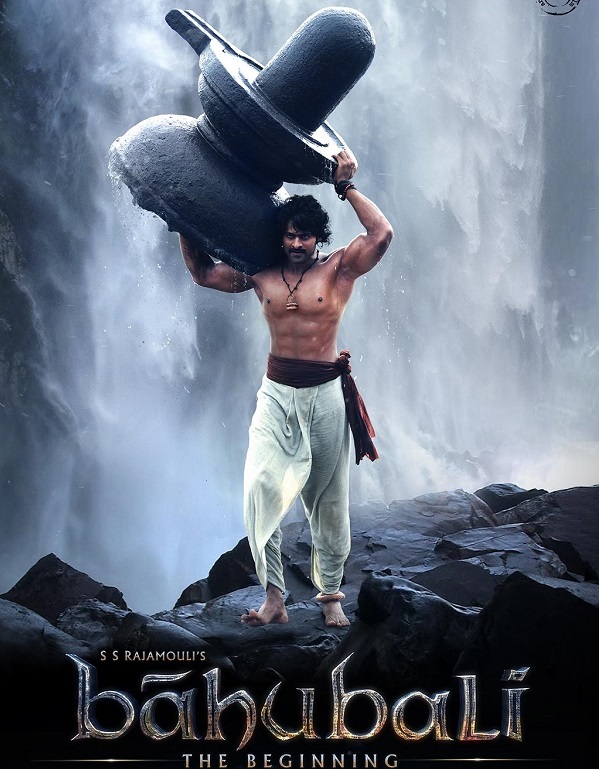 Not always one gets to enjoy visual or technical content of a film. Good stories may sometimes fail to leave impact in this wing. Bahubali stands an exception to this. Though it isn’t a unique story, it sure does leave a mark in our hearts for its magnanimous picture. You know your 120 bucks is worth in the first scene where the map turns into this amazing waterfall and the beautiful places that follow. The storyline revolves around Bahubali (Prabhas) who as a child is saved by Ramya Krishnan (Sivagami) from the evil people and gets to grow with the desire to see what’s it like above the waterfall from which he was found by Rohini (Sanga) as a baby. Once he gets to reach his dream destination there is multiple turn of events which gives mystery to Bahubali and thrill for the audience. Tamannah (Avantika) has indeed chosen wise for her comeback to the industry and is truly a beautiful goddess. Though the acting part hasn’t improved much we can’t deny the fact that she has come a long way from her earlier flicks.

Rana Daggubati (Palvaalthevan), Nassar (Pingaladevan) are other important characters of the film who have done justice to their parts. Sathyaraj as Kattapa does remarkable acting and stands as the main pillar for storyline and the movie as well. One lady who we badly expect to see as gorgeous as Tamannah in the sequel is Anushaka Shetty (Devasena).

Not always one gets to enjoy visual or technical content of a film. Good stories may sometimes fail to leave impact in this wing. Bahubali stands an exception to this.

Yes, it’s just the beginning of one brilliant attempt and there is one more to come from the director who never fails to impress. S.S.Rajamouli with cinematographer K.K.Senthilkumar has brought in a good recipe for all history lovers. Though songs don’t long last in memory, the BGM goes very well with the spectacular visuals and M.M.Keeravani needs to be praised for that.

Bottom line: A definite watch in theater and worthy enough for another 120 bucks!