There was a commotion near the Knowledge Park on September 28th, 2018, owing to a spiced up event organized by Capitalize, The AU Bazaar 3.0.

The roots of entrepreneurship lie in running a business more cost-effectively. It is a widespread notion. As garage sale focuses basically on these very roots, rigorous efforts were made to organize such an event, which spanned over a day. The event took shape when the crowd started to indulge themselves in, actively.

The highly-spirited audiences were split into two teams. To make it more interesting, the teams were assigned names related to the popularly admired series, Game of Thrones. So, there was the House Stark and the House Targaryen.

Conceptualized from stock dependent real time trading, the AU bazaar was a miniature market, where the price of a commodity changed in accordance with the variations in demand and supply. An ideal platform for aspiring people to execute the innovative ideas that simmer at their heads, this garage sale witnessed a lot of fun along with some stiff but healthy competition between the Royal Starks and the Mighty Targaryens.

Nearly 2000 people turned out. They all huddled over the extensive showcase of products on sale and the extravaganza on display. It was a wide collection of many useful items. Right from accessories to books, everything was made available to the crowd.

There were many aspects that made this event more laudable. One of these was the variety of items they flashed that catered to the different tastes of people. For instance, the Starks exhibited an impressive layout of products that celebrated art in terms of pencil portrait, nail art and the shutter bugs crowding around the photo booth. The gamers had their fair share of PS4, VR and a go at the foosball. For those with a knack at the tech side, the Hackerank and decrypting did test their skills. Earphones, mobile cases and goodies of all sorts made their way into the sale like hot cakes and on the top of all these, The House Stark flagship event was the icing on the cake.

To stay on par with their competitors, the Targaryens took an interesting turn to hook the crowd’s attention with their fish pedicure and an exuberant game centre, where people got to be a part of the lucky draw, arm wrestling, colour anxiety, spoon frog and an endless list of games that can be fed to the scoop.

Further, their interesting tie-up with companies like Green Trends surely did win the hearts of girls, with people storming into the nail art, mehendi and hair colouring stalls.

Another important aspect of the AU bazaar was the uniqueness that it reflected over diversifying the stalls and shops. Various education-based companies collaborated with this initiative and contributed in many ways, for instance, pamphlets were circulated, among people, which contained academic information.

The release of Fifa ’19 on the very same day added furthermore to the commotion that prevailed everywhere. It is undeniable that this event was an enriching experience to the participants. But an event couldn’t be complete without a winner bagging the prize!  The Targaryens stood with their heads held high to mark the end of the day.

The healthy, vibrant and vitalizing atmosphere maintained throughout the event by the participants marked the success of this event initiated by Capitalize- The Student's Entrepreneurship club of Anna University.  It would not be an exaggeration to call it an initiative that portrayed the commitment and sportsmanship of the 2nd year students. The event’s success gave the student-organizers an impetus to work hard to come up with a pumped-up version in the forthcoming years. 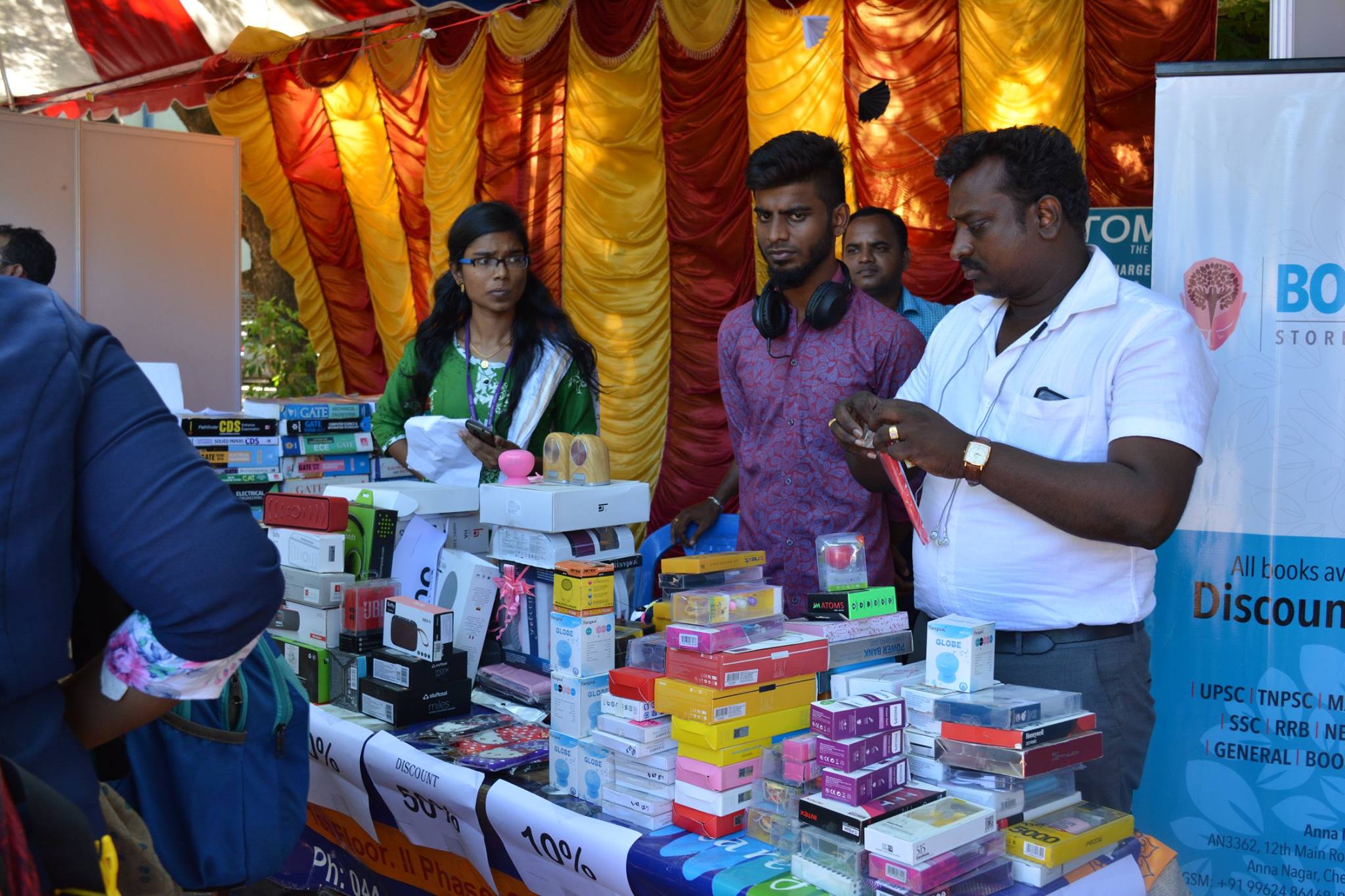