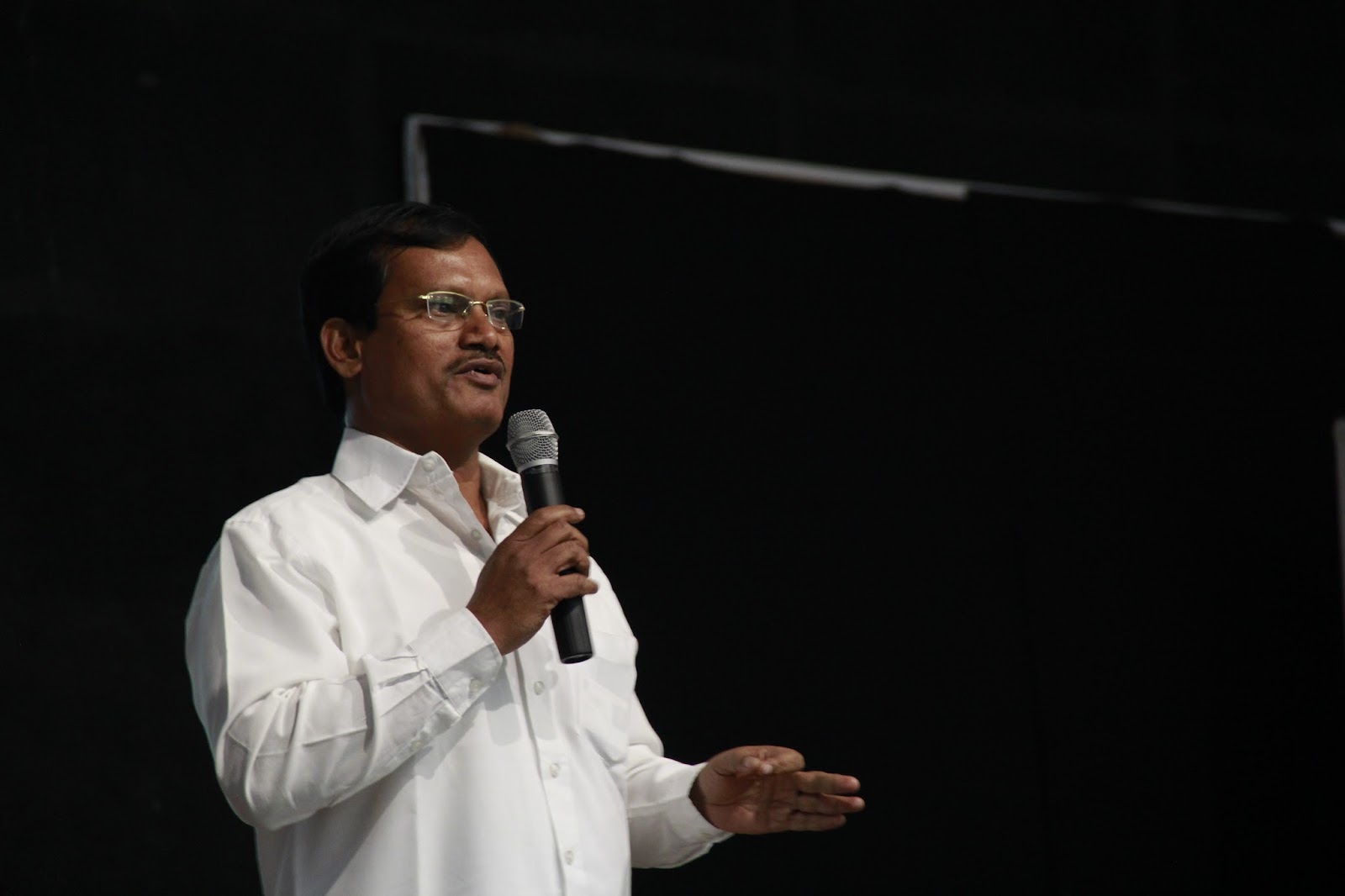 In a society that is filled with stigma, myths and taboo especially around topics that concern women, Mr. A. Muruganantham has not only fought against the tide of social oppression but invented a product that helps improve women health and enables them to use this invention to make themselves a livelihood itself. A simple man from rural Tamil Nadu, who went on to invent a ‘sanitary napkin’ making machine, with the simple intention of helping his wife, is now placed in the ranks of world leaders like Obama and Modi. Often dubbed as ‘The first man to wear a sanitary napkin’, Mr. Muruganantham is a revolutionary of all sorts. He says that his mind was always inclined towards knowing more and that has certainly pushed him beyond all limits. The same village which labelled him as a neurotic pervert during his research years, now celebrates him in all glory. This social entrepreneur's life story proves that just native intelligence, hard work and persistence and can take you places. We from ‘The Guindy Times’ got the opportunity to meet and interview him, during his visit as ‘Guest Lecturer’ to College of Engineering Guindy, Anna University during Kurukshetra 2015. Here are excerpts from the interview:

If you want to make men understand the struggles women face, just begin by enforcing them to wear a sanitary pad for a week!

During the making of this invention, you went through several hardships including those on the personal front. But how did you manage to keep up your spirit and sense of humor through it all ? What kept you going ?

You have to take your life lightly. Once you attach yourself to everything, you become serious and once you become serious that in turn will lead to your failure. I don’t mean life should be reckless or carefree but rather sportive. If you take life sportively, even if you fail you will not stop, you will keep trying again. I dont have any qualms or mandates in life and consider myself to be a sportive person. At the same time, it is essential that you are down to earth and grounded.

What triggered this invention?

One day when I saw my new bride Shanthi, carrying that cloth she uses during her periods behind her back, hiding it from me. I stopped to question her and saw that the cloth was in no condition to be used to even wipe my scooter. I was shocked & concerned so I asked her why she didn't use sanitary pads and she immediately rebuked saying, if she started buying pads we wouldn’t have enough money to buy milk. Also I have 2 young sisters who used to hide this stained cloth in similar manner. That is when I understood the term ‘affordability’. I understood that even though they were aware of other methods, they had to succumb to using a rag cloth. So I began only with the intention of making a sanitary pad for my wife.

Sir, you have been listed in the TIME magazine’s “Most influential people” list of 2014. Would you consider this to be the pinnacle of your life?

Awards or accolades are just milestones to me. Infact, have never displayed a single award in my home or my factory. Once, someone came to me asking to see the ‘President’s award’ I had received and I had to go looking for it in the lofts. I have a 6-year old daughter for whom each waking day is a brand new one. I too consider each day from the same perspective and don’t wish to look back and rest on awards from the past. Moreover, awards can make you inefficient.

Do you have any plans of expanding your business ? Or branching into other domains?

I have plans to do something in farming and agriculture. I want to introduce farming without ‘soil’ and ‘water’ - Suspender agriculture. With this you could grow onions from thin air. Im still working on it, and if it succeeds we could even live in outer space so guys from NASA itself will be after me.

Can you tell us a little about your education?  What is your opinion of the present education system in India? Are any reforms needed?

(Laughs) I haven't studied anything beyond 8th grade. After this initial schooling I joined a workshop and began working to help my mother and provide for the household. The education system in India is lacking any sort of practical knowledge. It is just dosage of information and knowledge is sparse. Everyone is concerned about getting a job, finding a suitable life partner and just settling down like that, without any desire of contributing to the society they live in. Your life is in your hands, students need to be focused and do something out of the box by taking risks in life. If you're more educated, you are less aware. If you are less educated you are more aware. Village girls are very alert and agile in comparison to city girls.

Yes. No one will dare to talk about these issues in any house. In many households, they conduct celebratory functions for a girl when she attains puberty, but fail give her a sanitary pad. Society’s perception of the topic is still bad and moreover very difficult to change. So I will not say it is mandatory to make the men in the house understand, because it will take far too long and they won't be able to grasp the issue that easily either.

If you're more educated, you are less aware. If you are less educated you are more aware. Village girls are very alert and agile in comparison to city girls.

If you had to educate your own child about coming-of-age, menstruation and hygienic use of sanitary pads. Would you boldly address her on your own or prefer a woman spoke to her first?

In our house, this is the main topic of conversation on any given day, so there is no need for any separate addressing. Moreover, these days everything is available for view on public domain itself, so there is no need of any special informing. But to avoid any wrong information, we should educate and tell our girl children the correct things.

Why do you think the majority of Indian women population doesn’t use such a necessary commodity? Is it only poverty?

No, more than poverty it is the lack of awareness that prevents women from using sanitary napkins. Whenever I speak about this in a foreign nation, the people are absolutely appalled. They find it very hard to believe that the majority of women have to manage with rag clothes, straw,newspapers and even resort to saw dust or mud. But in our country many have superstitions and taboos on menstrual periods and sanitary napkins, being well educated you might know that they are all wrong. But these women follow them blindly without caring about their hygiene because of the lack of awareness. This is also why about 6 out of 10 women have undergone hysterectomy.

No matter how many lane roads, underground monorail and factories we construct, we won’t prosper up to our full potential if we expect the fifty percent of our population to be confined to the kitchen.

The theme of this year’s Republic Day was Naari Shakti and lately women’s empowerment has been getting quite attention, what do you have to say about that?

I have heard only talks about it, have not come across any significant step taken towards it. We must understand that, countries where women are not empowered are still developing whereas the countries which are called developed today, have women contributing to the nation’s progress side by side with men. No matter how many lane roads, underground monorail and factories we construct, we won’t prosper up to our full potential if we expect the fifty percent of our population to be confined to the kitchen. For the advancement of women they need education, to go to school and colleges they need sanitary napkins. This is why I told the Finance minister that GDP of the nation is directly proportional to the use and access of sanitary napkins.

Finally, do you have any advice for the students?

As I mentioned earlier, students need to focus and stop worrying about materialistic and mundane things. Do not be so busy in just buying a vehicle or paying your house rent that you totally forget to give your contribution to the society. Your time on earth will have value only if you have done something to make it a better place.